Why Chris Rock was cut out of Bad Trip, Eric Andre’s prank film on Netflix 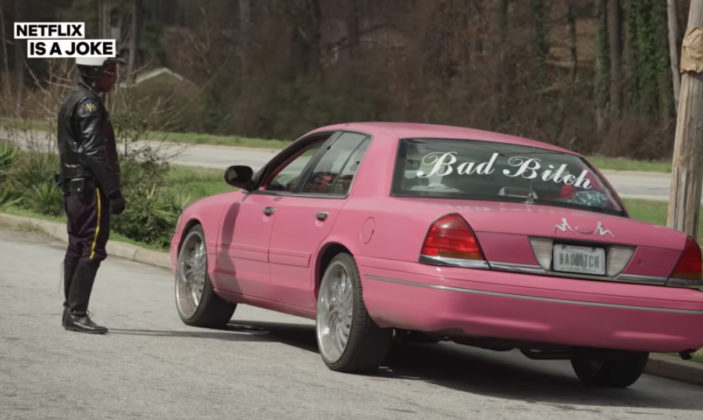 The hilarious new film Bad Trip premiered on Netflix at the end of February, and fans of comedian Eric Andre – the film’s star – are bring treated to the finest prank film since Borat.

In newly released deleted scenes, which you can view below, the film’s director Kitao Sakurai revealed that “what you see in the movie is only half of what we shot.”

Given this is a prank film,, this is of little surprise – though some of the pieces that were cut from the film were impressively elaborate, such as an exorcism scene in a motel room.

What is perhaps most surprising, however, is that comedian Chris Rock was supposed to make a cameo in the film as a police officer who pulls Andre and Lil’ Rey over after they pick up a hitchhiker.

Only problem – he’s a little more recognisable than Andre, from his voice alone – and so the prank didn’t work. And with that, Chris Rock, one of the world’s biggest stars, was cut from the film.

You can watch the scene that could have been here:

Bad Trip is on Netflix now.