TV Review: This is Going to Hurt is hilarious, dramatic & pain-free 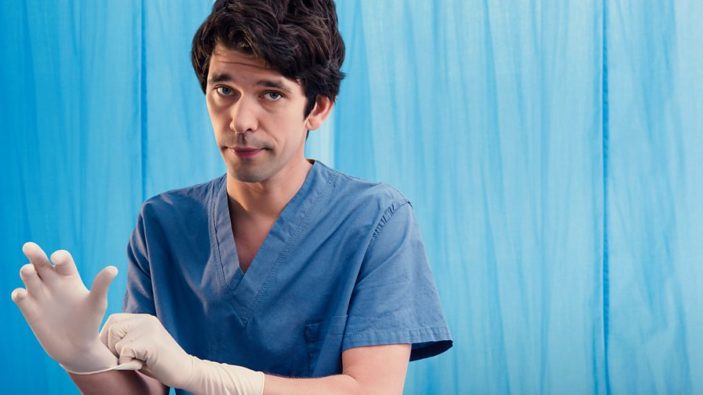 There aren’t many shows that can successfully straddle the lines between comedy and drama. But This is Going to Hurt is not most programs. The British dramedy based on Adam Kay’s memoir will dazzle audiences with its sharp writing, humour and pathos.

Ben Whishaw stars as a young doctor working for the National Health Service. He carries this series with an accolade-deserving performance. His character Adam is helpful and arrogant, empathetic and funny. He feels a little like Basil Fawlty from Fawlty Towers except he’s more caring and competent. Adam occasionally breaks down the fourth wall and lets the audience into his inner-most thoughts. It’s interesting.

The setting of the show is 2006 in a ward known as brats and twats AKA Obstetrics and Gynaecology. This is quite an eye-opening look at the harried doctors, nurses and administrative staff who are overworked and underpaid. The supporting cast include some excellent characters such as a posh, hands-off consultant (Alex Jennings), a snappy-tongued nurse (Michele Austin), and a colourful surgeon who has seen it all and probably deserves her own program (Ashley McGuire).

The heart of this series is a young trainee doctor named Shruti (a delightful Ambika Mod making her screen debut). She is learning the ropes from Adam and completes things with a quiet determination. Audiences will be shocked by a major plot twist involving her character in the penultimate episode. The show humanises medical staff, that’s for sure.

Adam’s character grapples with his sexuality. He is closeted and trying to hide his relationship from his conservative work colleagues and ghastly parents. Adam’s long-suffering partner, Harry (Rory Fleck Byrne) is a grounding and dependable force trying to get Adam to open up and share what is going on at work. You really feel for the couple.

This series can be quite graphic at times. There is a lot of blood and gore but that tends to lend things an air of authenticity seeing as we do have childbirth happening here. The humour can be quite dark and gallows at times but one imagines that this is the way some members of the medical profession release their stress and avoid that unrelenting cycle of overwork, burnout and trauma. Their day at work is full of unpredictable situations, as this series proves.

This is Going to Hurt is like a vital blood fusion of humour and heart. The show is superbly acted, excellently scored, and the script is sharp and interesting. This is a celebration of society’s tireless frontline workers because the series is such a compassionate and eye-opening one. It ultimately puts a human face to our tireless, hardworking staff. Wonderful stuff.

This is Going to Hurt premieres on AMC+ on June 2.