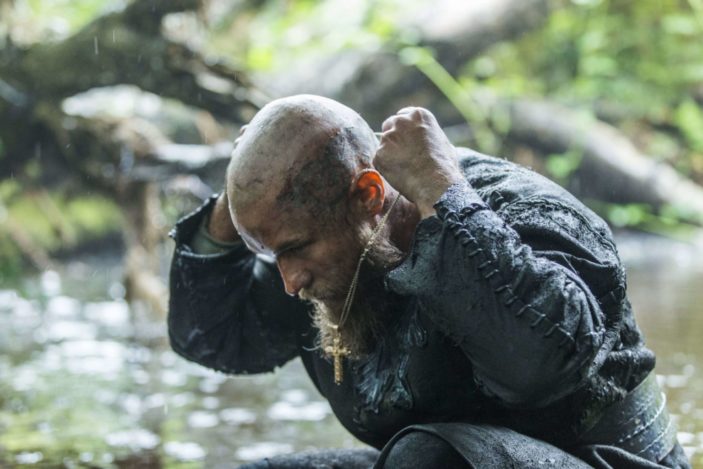 It was a treat to re-live the glorious and sophisticated historical drama Vikings Season 3 in HD, while the thoughtful extras helped bring a better understanding to what creator and writer Michael Hirst was trying to achieve, leading to a greater appreciation of the show’s production and newest characters.

Vikings, as many Australians will know, stars two of our own, Travis Fimmel as King Ragnar Lothbrok, the famed chieftain of Viking lore on which the series is based, and Alyssa Sutherland as his current wife, Aslaug. The end of season 3 saw their relationship in tatters, not unlike Ragnar’s other relationships with those he once trusted and loved.  Despite a bevvy of new characters this season, Fimmel remains the heart and soul of the show, taking Ragnar on a dramatic personal journey, and we witnessed just how far Ragnar would go to satiate his curiosity and quench his thirst for knowledge and power.

This season the clash of two cultures became three as the Vikings headed to France as well as England. We lost three main characters, more blood stained the battlefields, sacrifices were made and loyalties were tested. Season 3 surpasses Seasons 1 and 2 for its sheer scope, the series setting the standard for the depiction of Scandinavians in the Dark Ages. The show keeps growing in scale and adventure and its success is found in its writing, powerful acting and a realism that breathes life into this exciting and fascinating culture. You can read my 9 most memorable moments of the season here. 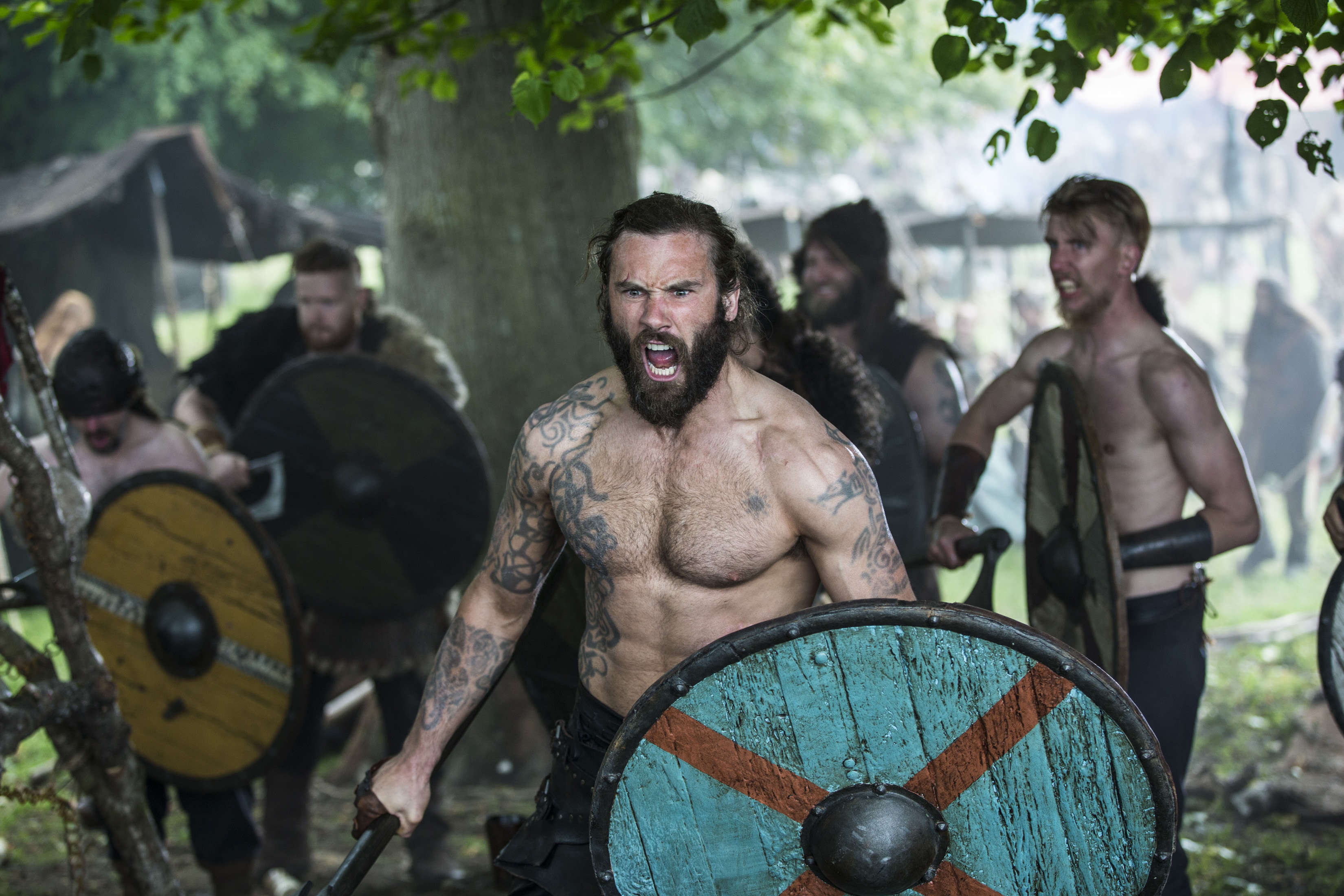 Beautifully written, Athelstan’s Journal is narrated by George Blagden, who “neither Christian, nor Pagan,” struggles to come to terms with where he stands in the brutal world of the Northmen. Made up of eight chapters, Athelstan reflects on his relationship with Ragnar and others, looking at loyalty, family and savagery: all parts of the fabric that make up Viking life. In doing so, Athelstan brings a greater depth and understanding to a people perceived by the English as mere “scavengers and beasts.” Part 1 of Athelstan’s Journal also doubles as a recap of Seasons 1 and 2, reminding us of the glory of past bloody battles, betrayals, and blood eagles.

Part 2 of Athelstan’s Journal consists of five chapters and sees Athelstan in conversation with the Seer, the striking and foreboding prophet of the Vikings of Kattegat. The priest poses questions to the Seer regarding such things as vows, death and love, as well as choices he must make.

Guide to the Gods

Spend around 20 minutes exploring the living and breathing Gods of the Northmen in this interactive guide to nine of their deities. Here experts shed light on the Gods as the Vikings perceived them making it an informative and fun part of the Blu-ray extras. Sit back and learn about Odin, Thor, Baldr, the cunningness of Loki, the tears of Freyja, what it takes to get into Valhalla, and how things went down at Ragnarok. 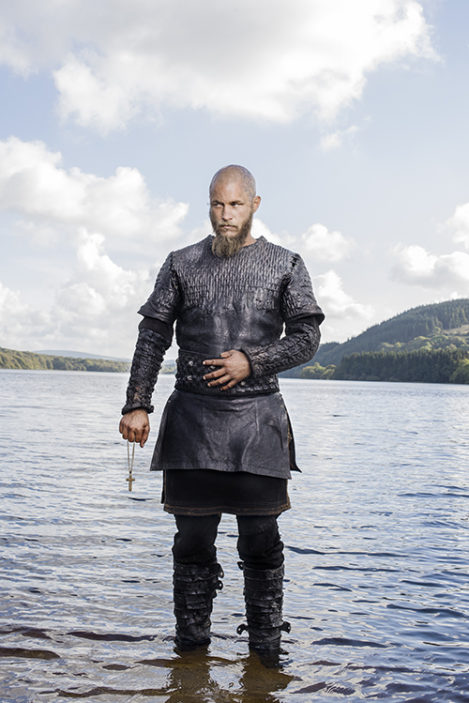 Heavy is the Head: The Politics of King Ragnar’s Rule

This documentary style featurette looks at the life of the historical Ragnar compared to that on the show, which Hirst calls an account that is as truthful as it can be. It includes interviews with Travis Fimmel, Katheryn Winnick, Gustaf Skarsgard, Alexander Ludwig and Linus Roache and looks at the issues affecting Ragnar in his quest for power such as mistrust, conflict and the sacrifices he has made, for Ragnar, according to Fimmel will “do whatever he has to do to get what he wants.”

A City Under Siege: Creating and Attacking Paris

In this mini documentary we learn about the raid on Paris (based on an actual and famous Viking attack on the city) and what a mammoth task it was to bring to life on the small screen. Both Hirst and scholars discuss details of the city and siege found in literature and it features interviews with Travis Fimmel, Alexander Ludwig, Clive Standen and Gustaf Skarsgard. We see the concept art and the before and after effects of CGI, and gain insights from the production designer on Vikings and other departments of the show including costume and armoury, that illustrate the attention to detail taken to bring the mythical city to life.

Hirst declares Breaking Point his favourite episode of Season 3 and during the commentary discusses how he went about researching the Viking attack on Paris. Roache (King Ecbert) asks Hirst some thoughtful questions and the humour is a nice addition to the insightful commentary. Hirst justifies particular scenes by sharing true accounts of Vikings from history, the commentary for this episode one history buffs will certainly enjoy.

In Born Again, an episode teeming with emotionally charged scenes including Ragnar’s farewell to Athelstan and Judith’s torture, we gain some insight into these powerful scenes, directed by Helen Shaver, who pushed the actors to their limits to bring out the most real of emotions. There is also more discussion about the role of the female characters of Vikings, as Hirst puts it, the show is much more than “hairy men doing violent things.”

All up over the three disks there are 19 deleted scenes. Be it a look between two characters or conversation, Vikings fans will appreciate these added extras.

The gripping family saga of Ragnar, Rollo, Lagertha and Bjorn continues in Season 3 of Vikings available in Australia on Blu-ray™ and DVD on October 21. Featuring nearly two hours of extra content, it is sure to please the most die-hard fans of the series.

Vikings Season 3 is available on Blu-ray and DVD now.