True Things is a diverting yet ultimately inconsistent look into the allure of physicalised love and self-discovery: TIFF 2021 Review 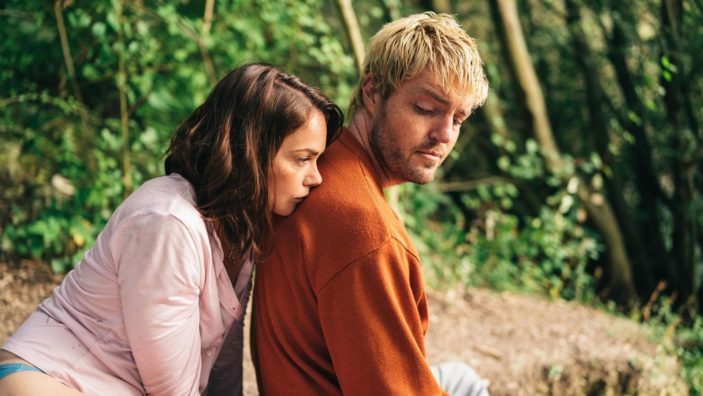 True Things is the sophomore effort from filmmaker Harry Wootliff, whose first film was Only You (not the film with Marisa Tomei); a romantic drama about the trials and tribulations of a couple who have to contend with adulthood, parenting and generational differences due to their distance in age. For her latest film, Wootliff is exploring the allure of the lover that fills the emotional void (no pun intended) and how one reacts to such raw magnetism.

The film follows the story of Kate (Ruth Wilson), a benefit claims worker who lives a quiet, uneventful existence that has her family and friends worried. They insist on her taking initiative with her life and encourage her to find a boyfriend.

However, in a serendipitous fashion, she meets up with a client known as Blond (Tom Burke) (whose real name is unknown), a rugged, fearsome presence of a man and the two form an attraction that has Kate figuratively undergoing a form of transformation that alarms those around her. Will her actions lead her to do something she may regret or will they lead her to a sense of self-discovery that will shape her into becoming?

As for the positives, Ruth Wilson and Tom Burke are fantastic in their roles. Wilson manages to make Kate three-dimensional and compelling as she makes her character arc almost entirely believable; going from reticent to aroused to rebellious and empowered smoothly. She also makes the use of dark humour as a defence mechanism incredibly effective as it clarifies her state of mind without coming off as trite or sentimental.

Burke embodies rugged masculinity and machismo very well as he adds an air of mystery behind his character. He exudes charisma, making it convincing that Kate would be very attracted to him. The leading pair share great chemistry as they make the prurience and gradual escalation of intimacy very effective; making the first half of the film enjoyable to watch.

It is when the film hits the second half that the film starts to lose its footing. The conflicts set by the supporting characters (including Hayley Squires as her co-worker/friend Allison, who tries to fix Kate up with a potential beau) are well-established and Wootliff lays out Kate’s psyche after her interactions with Blond quite well; especially how Kate starts to adopt some of his mannerisms like his frankness and even sharing the same points of view.

But when Kate starts to realise who she is becoming and what Blond’s motivations are, the film fails to convince us why she takes as long as she does for the film (and her arc) to reach the logical conclusion. Beyond the physical attraction, why does Kate stay with Blond? The film never sets out a solid answer for that and it makes Kate’s climactic transformation unconvincing.

Overall, True Things is an initially convincing yet inconsistent sophomore effort from Wootliff led by great acting from Wilson and Burke about the lure of physicalised love and self-discovery; a film that succeeds in its portrayal of the former and yet struggles to establish its argument in the latter.