The world premiere of Blockers headlines SXSW Day Two, plus pop ups for The Terror, Westworld and more! 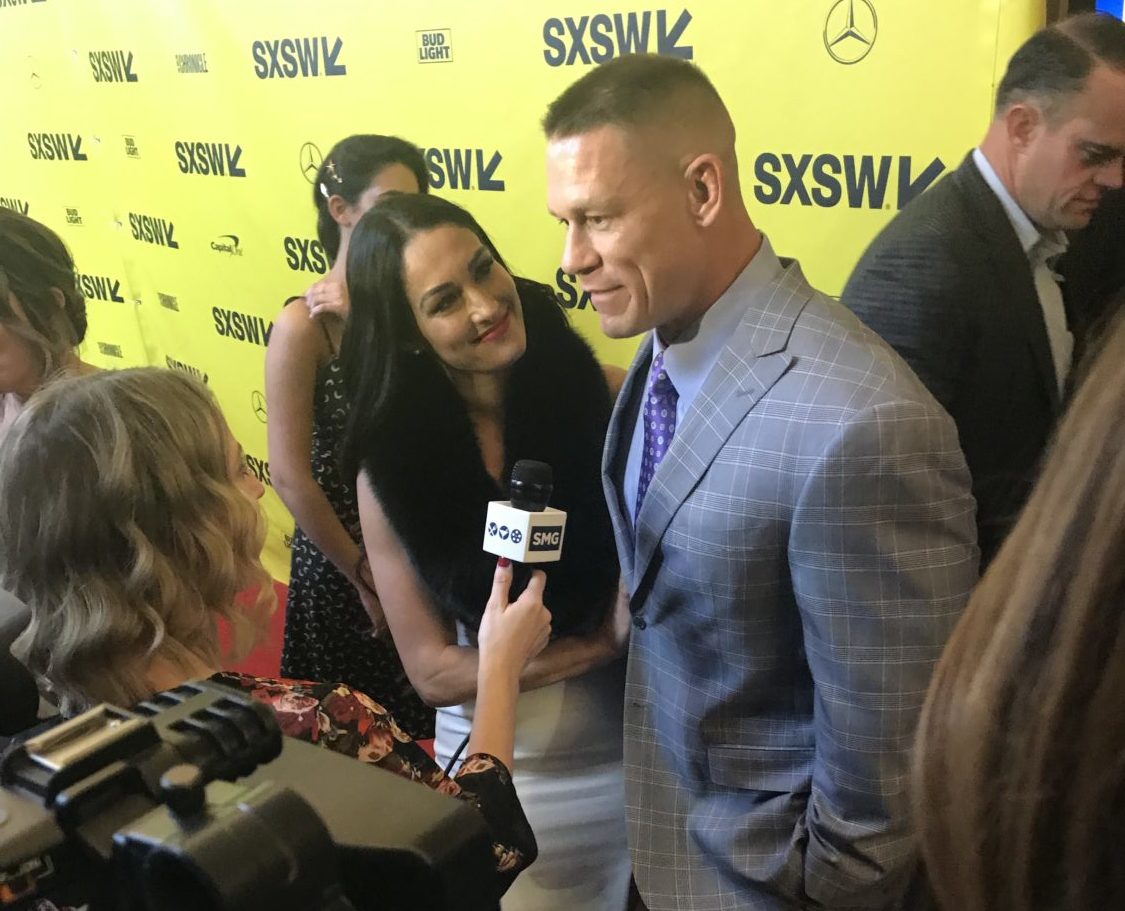 It’s day two of SXSW in Austin, Texas – and with the Westworld Pop-Up event taking place just outside of town and getting everyone talking, here’s a look at a few of the other highlights from the day (since, sadly, we weren’t able to get tickets to Westworld ourselves; tickets went out the door in some ten seconds!).

AMC made full use of their SXSW presence with a special immersive preview of the forthcoming premiere of The Terror, a new series by Ridley Scott which looks to be a must-watch for horror fans. Setting up in a small parking lot, the arctic thriller was re-imagined as a teaser-heavy immersive panoramic trailer shaped into a themed shipping container where guests sat in a wooden boat. There was a lot of screaming in the trailer, as well as indications that the 10-episode first season will involve bloodied corpses, mysterious (giant) footprints and Arctic monsters, following the voyage-gone-wrong as the British Royal Navy end up isolated and very, very cold somewhere in the Northwest Passage. 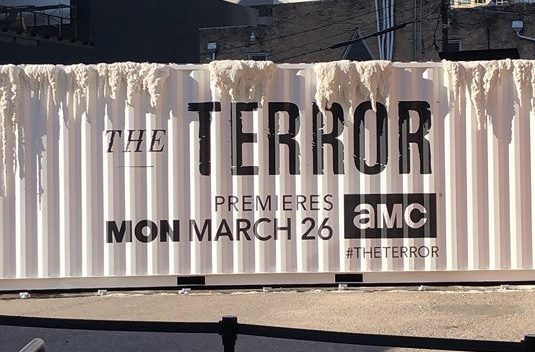 Hulu continued to build up anticipation for the continuation of mega-popular series The Handmaid’s Tale with a total of seven installations dotted around Austin, from the historic Driskill Hotel to Moonshine Grill. Little was given away as far as any detail of the next season, but one installation did feature the symbolic handmade’s tail outfit floating over a crackling fire with the hashtag “#resistsister”.

Female-first social networking app Bumble made some big waves for music fans by ending their two-day activation, which featured keynotes from Keke Palmer and Bumble Founder Whitney Wolfe Herd, with a special (and hugely sought after) performance from HAIM. A another surprise performance earlier in the day saw St. Vincent play at a special Sound Ventures event, with Ashton Kutcher among the guests seen looking on, while Matt and Kim played the Capital One House.

For the world premiere of new comedy Blockers, John Cena showed up to the Paramount Theatre with fiancée Nikki Bella just a day before he is set to wrestle in a six-man tag match at WWE’s Fastlane. He was joined on the red carpet by Director Kay Cannon, producers Evan Goldberg and James Weaver, the great Leslie Mann, and the film’s younger cast members Gideon Adlon, Miles Robbins and Australia’s Geraldine Viswanathan.

Following the screening, the cast joined director Kay Cannon on stage for a brief Q&A, during which time the director told the audience that she hopes that the film – which opens in Australia on March 29th – will “open up a conversation where we can start to treat women as humans and not sexual objects.” Before the film she also talked about how she wanted to bring “buttchugging to the forefront” and that she embraced the opportunity to “direct a R-rated sex comedy from a female’s perspective”. 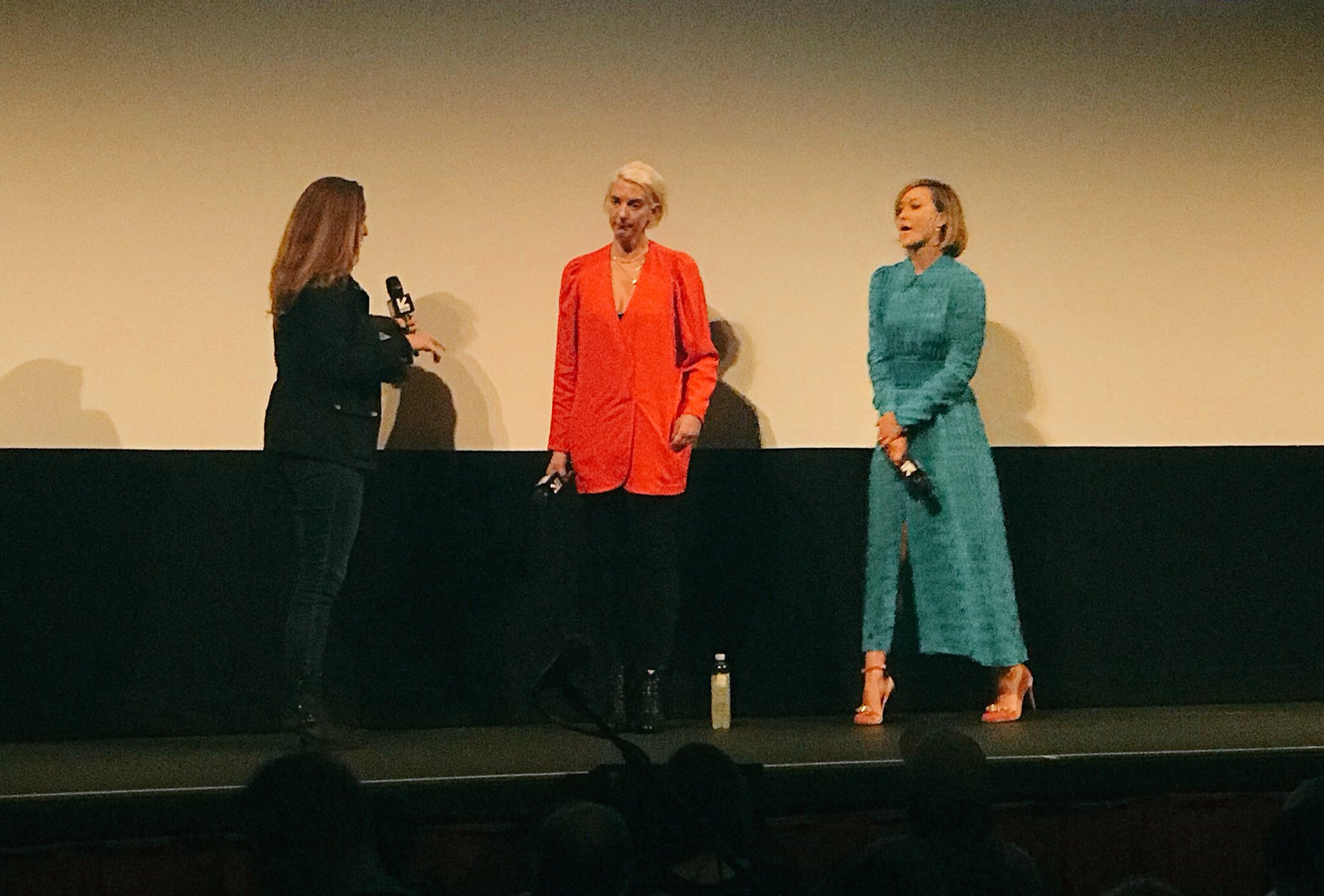 Earlier in the day, the powerful film A Vigilante, directed by Australia’s own Sarah Daggar-Nickson and starring Olivia Wilde also held its world premiere, with both in attendance for the screening. Janet Pearson, the director of SXSW Film, noted that there were no less than four films which held premiere events at the Paramount Theatre today helmed by female directors, including the two mentioned. Look out for our interviews with Kay and Sarah on the Iris shortly!

Stay tuned to The Iris and The AU Review for more live updates from on ground at SXSW! The festival runs in Austin, Texas until March 18th. You can find out more about the festival at sxsw.com.

Additional content and images in this article by Larry Heath