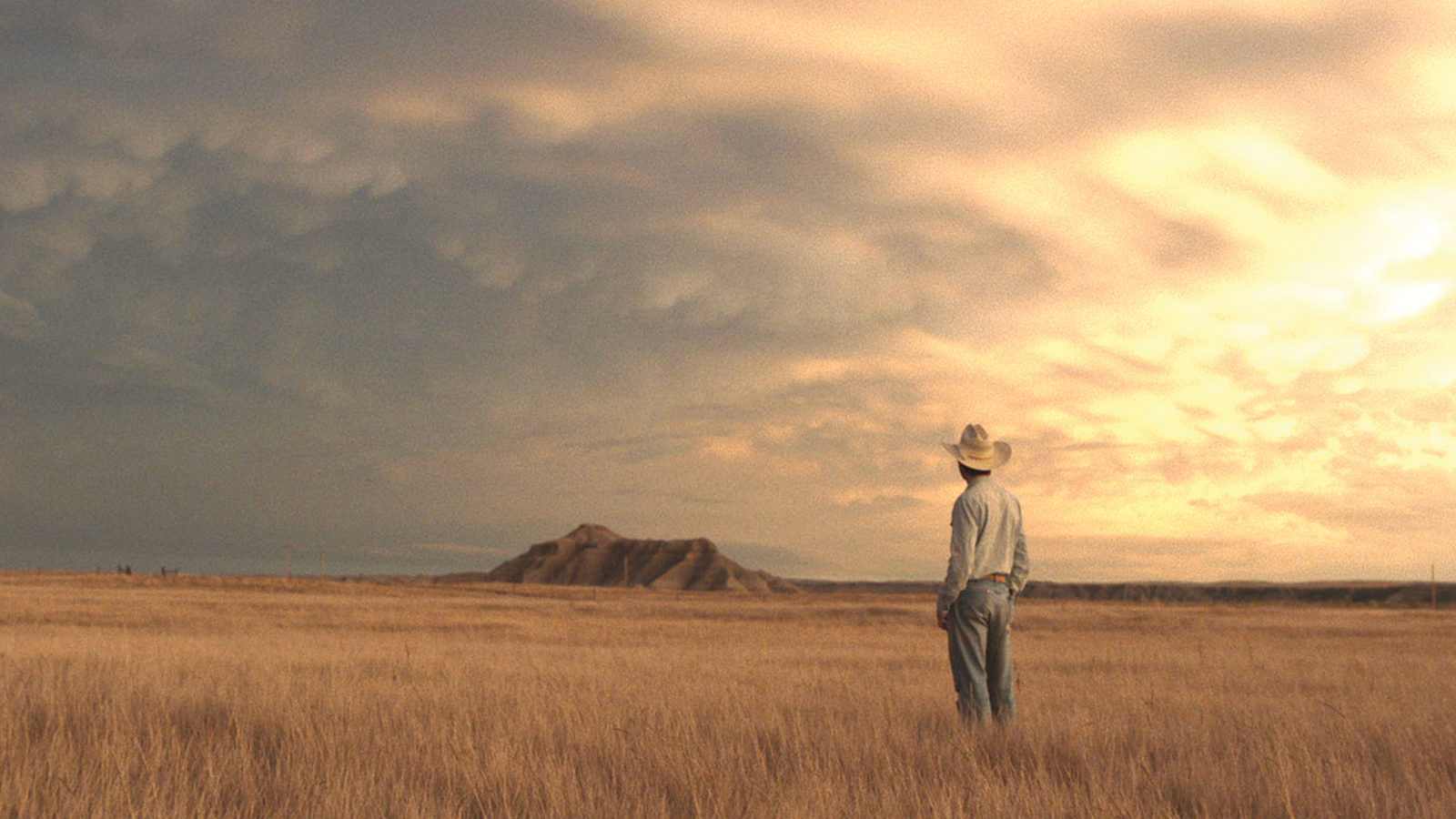 Expectations can be a very powerful thing, especially when they are low. When people are asked to survey a form of art with subject matter that doesn’t interest them, it’s very certain that they won’t like it. But there are those forms that exceed one’s expectations and manage to give a satisfying experience and what would pique that interest is word-of-mouth.

One of my personal cases was when I watched Milos Forman‘s Amadeus. A fictionalized biography about Mozart? That did not spark the slightest interest in me but the word-of-mouth was so positive that it had to be seen. With an open mind, I saw the film and it was one of the best films I’ve seen.

In the case of Chloe Zhao‘s The Rider, the subject matter of a life of a bullrider didn’t pique my interest. But again, the rapturous word-of-mouth the film got from Sundance and other film festivals, I went in with an open mind. Will The Rider be a surprise that will have me enthused like I was for Amadeus?

Brady Jandreau stars as Brady Blackburn, a rodeo bronc rider who suffers from a severe brain injury after a riding accident. Brady is determined to get back up on the high horse as quickly as possible as bronc riding is all he knows.

But deep in his heart he knows that returning to the rodeo isn’t easy. Considering that it comes with increased risks, which is confirmed by his doctor who tells him that he cannot sustain further injury or else he could die, Brady has to decide on whether he has to give up his love of riding for a new purpose in life.

The Rider is one of the most satisfying films I’ve seen in recent years and it all comes down to director Chloe Zhao. She takes the small-natured story, extracts all the beauty and humanity of it and puts it all up on the screen and it is a marvel to behold.

The cinematography by James Joshua Richards is absolutely brilliant and it bring positive comparisons to the best of Terrence Malick (Days of Heaven, particularly) and he also films Brady, making him the true focus of the film, without resorting to overstated camerawork like POV-shots. Even a scene as simple as Brady training a wild horse that has never been ridden before is a marvel to witness just due to how real Zhao captures it, in the most humane and loving way.

It takes a very talented director to take the real-life subjects, put them on film to act our their true/fictionalized events and do it convincingly. While there are good cases like Jessie Hibbs‘ To Hell and Back, acclaimed directors have tried and failed, with examples like Jim Sheridan‘s Get Rich or Die Tryin’ and the recent Clint Eastwood film, The 15:17 to Paris. But in the case of The Rider, director Chloe Zhao has succeeded spectacularly.

Brady Jandreau is a revelation in the lead role, as he looks comfortable in front of the camera, conveys his emotions convincingly as well as doing in a nuanced fashion, it’s hard to believe that he has never acted before. The supporting cast including Lily Jandreau, who is Brady’s autistic younger sister; Tim Jandreau as Wayne Blackburn, Brady’s hard case of a father and Lane Scott, a former bull rider/quadriplegic who is Brady’s best friend, mentor and hero; are all great in the film, as they all give naturalistic performances and never feel self-conscious on-screen.

The scenes with Brady and Lily are amusing, loving and surprisingly concise in what needs to be emotionally clarified, while the scenes between Brady and Wayne are intense and carry a lot of emotional burden due to their past mistakes as well as showing the consequences of what happens when one is pushed to do things to “be a man”.

But the real stand-out scenes are with Brady and Lane. You can feel the bond of friendship between the two as soon as you see them together and it is so well-conveyed and acted that even the execution of conveying the message of not giving up your dreams never feels cheesy nor phony.

Apart from the family and friends, Zhao also shows a snapshot of the people of Lakota Sioux of the Pine Ridge Reservation, and she gets a strong sense of who they are and what their nature of work means to them, without any snark nor condescension. Even the ennui of seeing Brady working in a supermarket is captured perfectly (as this reviewer knows from personal experience).

A complete surprise and a masterpiece in every way, The Rider is an incredibly compassionate, beautiful, humane piece of work from the talented Chloe Zhao that everyone should go and see.

As of writing this review, the film is going to be available on a DVD-only release in USA on July 9, which is a crushing disappointment. The Rider deserves to be seen in a release on the highest resolution possible.