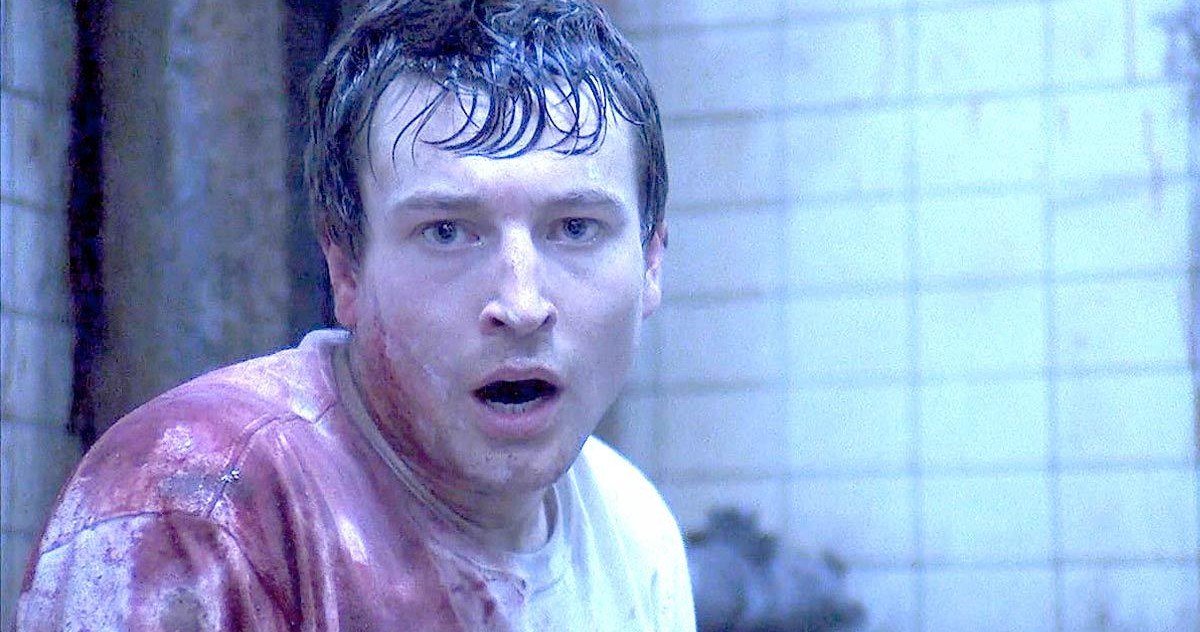 With his new film Upgrade having its premiere at SXSW Film this past week (where it won a prestigious Audience Award), we caught up with Australian director and writer Leigh Whannell as well as cast members Logan Marshall-Green and Betty Gabriel to talk about the sci-fi horror and its wider implications.

The film, which is about one man’s less-than-enthusiastic acquiescence to advanced technology (an implanted computer chip called STEM) in order to avenge the death of his girlfriend, is the second directorial feature from Whannell, who is best known as the mind behind the Saw and Insidious franchises.

Leigh, can you tell me a bit about the origins of Upgrade; what gave you the idea about writing a story dealing with the paranoia of technology?

Leigh: The first thing that came to me was just a story idea. I usually don’t put the cart before the horse in terms of story; in other words, I don’t think of a theme and then reverse-engineer a story towards that theme. Usually what I’m always trying to think of is a new story idea that excites me, because you know how long films take to make and how long they take to develop and shoot and edit. Your passion is the only thing that’s going to sustain you through that long process. So the hardest thing for me is coming up with a story idea that I’m super passionate about. And then usually once I’ve had that story idea, as I’m writing it then themes start to emerge.

It’s funny because when I started writing this film, I wasn’t as addicted to my phone and I didn’t feel like technology was as constricting as it is to me now. It’s almost like the world has caught up to this movie that I was writing.

And this is your second time taking on directorial duties as well. How was that for you, moving away from something like Insidious where you’re mostly in one place, into this where you’re in the wider world.

Leigh: That is a great question. It was scary, and exciting, and fun. It’s kind of a combo of every feeling you can have. I really got the directing bug when I did Insidious 3. I was just so captured by this process of directing and I really saw it as an extension of writing. You know I’ve worked with James Wan for a long time and I’ve been the writer and he’s been the director; we’ve always had these clearly defined roles.

The sad thing about being a writer is that you can write a scene like “they all walk onto the bus”, but then you hand it off to someone else, and that someone else, like James Wan or another director, gets to decide how big the bus is, what colour the bus is, what are the people wearing – all those little micro-decisions that you don’t really think about when you’re a writer; you don’t really think about what the characters are wearing unless it’s really integral to the story.

What I love about directing was making all those decisions. So with Upgrade there were so many decisions to make because it was set in the near-future. So for example, the production designer would come up to me and ask “so how the lights work in this world? Is there a switch?”. Things that you might take for granted on a film that was set in the present, I had to put all this thought into; we had to do a little world-building for the film, which was super fun. So it was scary, we were trying to achieve a lot for a small budget, but it was exhilarating in a way that makes me want to do it again.

Logan, could you tell me a bit about your character and what attracted you to the role?

Logan: I play a guy named Grey Trace who is this technophobe, more comfortable in the “analog world”, but it’s a different world. It’s a jump ahead, so he sticks out a bit, but then he is forced to find a new direct relationship with technology because it’s the only thing that’s going to keep him upright.

I think what drove me very quickly to wanting to play the role was just the opportunity to work in an emotional way and a physical way at the same time. I was very determined to keep the head on the stick throughout and not just keep something neutral, but to actually really go in the other direction with Grey and let STEM be it’s own thing.

As Leigh said earlier today, and this was the case: it’s a lot of “rubbing your belly and petting your head”. So when we were working these fight sequences, which we did for about a month before we shot and worked very hard on, I was constantly putting a place holder here and trying to not gain any muscle memory so I could go home and think about everything we did and start to think about “well, what’s Grey’s journey in these physical gestures”, and grow him as well so that he is behind in the first fight and then he’s kind of “along for the ride” and a little cocky in the second and actually kind of helping STEM in looking a little bit ahead. And so we grow the anti-hero into a little bit of a hero; so it’s a superhero from the neck down and just a regular Joe from the neck up.

Logan: Yeah! As I’ve already said before it took an amazing stunt and movement team to help us get there. Not just in the training but in the confidence to say “you’re going to do this”. They really built a lot of confidence in me.

Playing with such unique challenges; playing two roles at once… has that taught you anything as an actor that you will take away from this film?

Leigh: I remember you telling me that preparing for the film changed your posture; you suddenly became aware of how you stood, or how badly you were sitting or standing before.

Logan: Yeah there were a lot of wake-ups in my own posture. One of the things we realised quick was that the way to shape the physicality was not about how we form STEM’s posture, but how we establish Grey’s posture being something of the opposite nature. It’s a lot “slumpier”; there’s a real juxtaposition when STEM takes over. Logan-Marshall Green needed a lot of prone position on the weekends I can say – not kidding, I think I went home and laid on my bed and I watched movies in prone position just so I could relax and neutralise.

And likewise, Betty could you tell me a bit about your character and what you feel she adds to the story?

Betty: Well I play Detective Cortez. Throughout the film I’m investing the murder of Grey’s girlfriend. She is a sort of kindred spirit [to Grey] in that she also likes to rely on her instincts to operate through this world, and rely less on technology. She’s very old-school and she makes it look good. So she’s just constantly investigating, probing and wanting to help.

Leigh: I wanted to write someone in the Cortez character – I was thinking of somebody who would be hot on Grey’s heels but not only the type of person who moves away from technology and wants face-to-face interactions, but also a good person – somebody who still believes in people. Like a detectives job is to read people, but in the world of the movie the police are relying heavily on computers and drones, then I wanted this detective character that’s really of the old-school mold. She knows how to read people by looking them in the eye. And that’s something that is disappearing in the world; I see people in restaurants in L.A sitting across from each other and they are both looking at their phones, like human eye contact and attention span is really shrinking. So I wanted the Cortez character to represent someone who could really watch people; when I met Betty and she came in to audition, I think she personified that so much – she was instantly warm, you instantly trust her and feel comfortable around her as a human being so I knew I wanted her to bring that to the role of Cortez.

Leigh: Yeah exactly. He has this connection with a kindred spirit; someone else he recognises as someone else who doesn’t feel comfortable surrounded by all this technology. As you say, it is a catalyst for that.

Obviously you’re very well-versed in horror since you and James helped revive the genre. It seems like within the past few years, horror has turned to these really complicated and important real-life messages like Get Out and Upgrade. Is this kind of a shift away from supernatural horror that you see happening?

Leigh: You know what’s interesting is that as a writer there’s always a part of me that wishes I had a crystal ball that could see what the next trend was. You just never know where the zeitgeist is going to be in five years time, and that’s how far you have to be thinking ahead. If I start writing a movie today, by the time I finish it, it’s probably not coming out for another three or four years. So to try and predict where the public attention will be or what will be going on in the world, it’s just impossible, I really don’t know. A lot of people said to James Wan and I when Saw came out, “wow you really must have made this film to reflect what’s going on with the scandal about the torture of prisoners in Iraq”, but we wrote that film years ago, before any of this stuff happened. It’s crazy to think that you can think that far ahead.

Similarly with Get Out. I was talking to Jordan [Peele] once, and everyone’s talking about Get Out being a reflection of this new Trump world. But he wrote the film so long ago, he could have never predicted Donald Trump or any of this. So it’s weird how films fall into that.

So to answer your question, I can’t predict it, but I do love the fact that horror films seem to be moving towards more socially relevant and thematic stuff, because that’s what is going to keep the horror genre going. And that’s what critics are responding to. Horror is great metaphorically; you can really dress-up issues. You can make a film about the Iraq war, for example, and never have a scene in combat, ever. You can make a zombie film that’s really about the Iraq war. I really hope horror keeps moving in that direction, the trick is trying to predict where the psyche of the world will be a few years from now.

Upgrade had its world premiere at SXSW Film Festival.