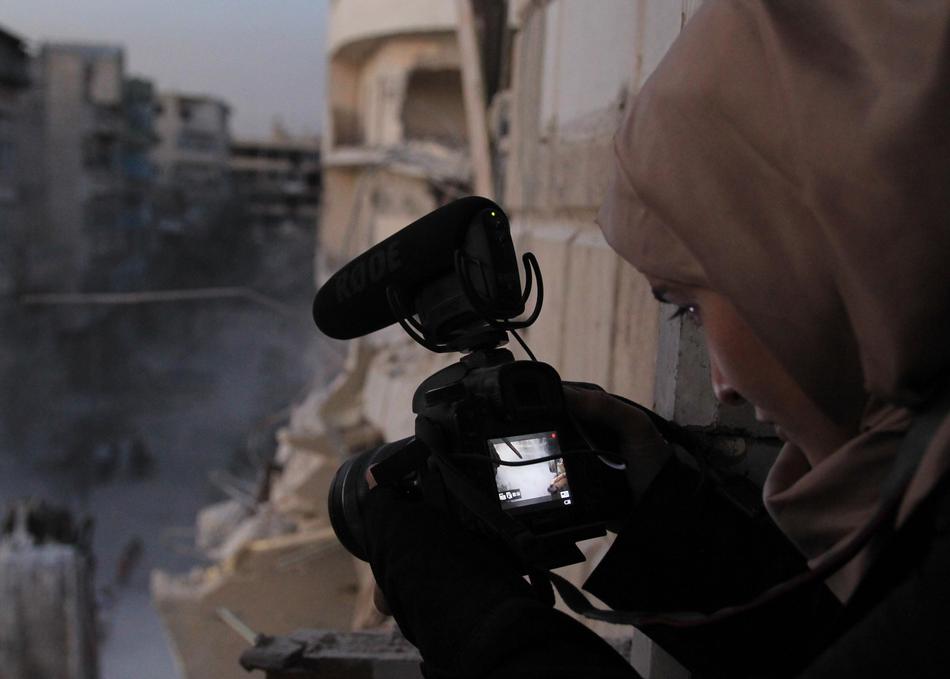 For Sama is an emotionally gripping diary filmed by journalist Waad al-Kateab and Edward Watts. Kateab recorded her life during the Battle of Aleppo (2012-16) in Syria. She had a mission: to bring light on the injustices on Syrians under President Assad’s regime and the fight for freedom. Not only did she cover what was happening, she covered life prior to the uprising. How beautiful and ordinary it was, in contrast to the rubble of a city, the constant noises of bombs, sirens and cries, and the constant presence of blood and death in the following years. Note: the film contains graphic scenes of wounded individuals and close calls from the battle. Kateab didn’t shy away from the horrors, but respectfully gave space to the victims and a platform for anyone who had something to say.

Hooking the audience even more, the film also follows Kateab’s love life. We see her relationship with friend-to-partner Hamza, a doctor, blossom during the chaos. Eventually they got married. What pulls our heartstrings is their courage and defiance to live a happy life in an upside down world, even staying in the city and facing death at every second. We also see others keeping an optimistic outlook and keeping humour alive.

Kateab became a mother and documented the hardships but also joy of being one as she did all she could to protect and give her daughter Sama a good home and upbringing. All the while making sure she stuck to her mission. The film goes on to show the uprising taking a toll on Kateab to the point that she expressed regret on meeting her husband, whom she rarely saw as he heavily worked on trying to save lives, and having Sama.

Despite all the horrors, For Sama ends with a hopeful feel and message, and we can feel the burden falling from Kateab’s shoulders after the chaos ended.

With a mixture of storytelling and civilian journalism on injustices, an almost revolution, and a woman fighting for the people and her own family that resonates so profoundly, For Sama is worth watching.

For Sama will be showing as part of the SXSW Film Festival from 11 March 2019. For more information and tickets, click HERE