SXSW Film Review: Alt-Right: Age of Rage (USA, 2018) is a brutal documentary about a divided US 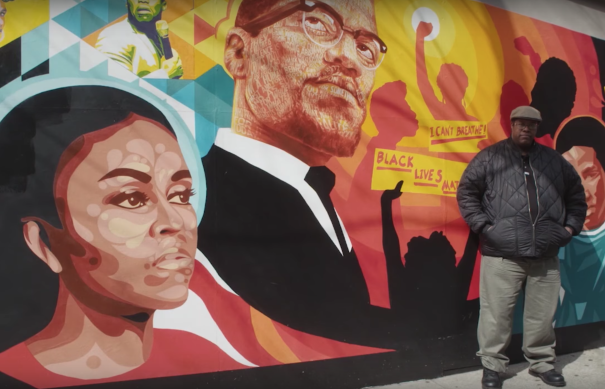 In Australia we had John Safran playing provocateur and spending time with white nationalists in his book, Depends What You Mean By Extremist. In the US, a SXSW documentary takes a similar approach with filmmaker, Adam Bhala Lough embedding himself with some representatives from political extremes in Alt Right: Art of Rage. The film ultimately looks at a modern-day oxymoron, a divided United States where the alt-right and left are clashing in one huge, cultural melting pot. The result is quite a visceral documentary that is bound to divide opinions.

Filmmaker, Lough is no stranger to making documentaries. He has covered musical subjects like producer, Lee Scratch Perry and rapper, Lil Wayne as well as more controversial topics. In The New Radical, Lough interviewed some 3D printers of guns. In many ways you can draw some parallels between the contentious subject matter in that film and the topics covered here. There is no doubt that some people will be angered by Lough’s decision to speak with and give a platform to known racists.

In Alt Right: Art of Rage the film seems to give equal air-time to the two opposing spokesmen. On the one hand you have Richard Spencer representing the alt-right. He’s a white-man who is hell-bent on raising white consciousness and celebrating the confederacy. Although it may pain some people to admit it, there are some moments where he presents as quite a well-spoken, intelligent man. That said, there are also times where he appears like an utter buffoon taking pot-shots and making fat jokes about his rival from the left.

Spencer’s opponent is Daryle Lamont Jenkins, the head of Anti-fa, an anti-fascist group and civil rights activist. He speaks about inclusiveness and harmony but also about violence being used as a form of self-defence. Things get hairy and both sides clash on many occasions. Pepper spray is required and security is beefed up. The most confronting of these altercations is a scene from 2017 at a white-nationalist rally in Charlottesville. A white nationalist named James Alex Fields callously drove his car at full-speed into a group of counter-protesters, killing Heather Heyer and injuring many others.

This documentary covers a lot of ground, which is not entirely unexpected because this is quite complex subject matter with history that has been germinating away for some time. There are some brief asides where the filmmakers describe some murders carried out in Nazi Germany, the mistreatment of Sikhs in America and the outspoken and controversial author Milo Yiannopoulos. There is some assumed knowledge here (like the role of the Southern Poverty Law Center, which many international viewers may not have even heard of) and sometimes too many of these segues actually detract from the whole point and leave things feeling a tad muddled and unfocussed.

Alt Right: Art of Rage is successful at being disturbing and uncomfortable viewing for all. It’s a film that holds up a mirror to two extreme factions and gets people to contemplate problems that they may never have imagined. It also shows that if one of our world’s superpowers is divided and has problems with such extreme competing ideologies then these issues are systemic and applicable on a global scale. Alt Right: Art of Rage is an important if unfocussed film that poses a series of difficult and brutal questions and forces viewers to have some troubling conversations about them. Expect the cinema to be buzzing.

Alt Right: Art of Rage screened tonight at SXSW in Austin, Texas, with additional screenings still to come. Details on further screenings can be found HERE.