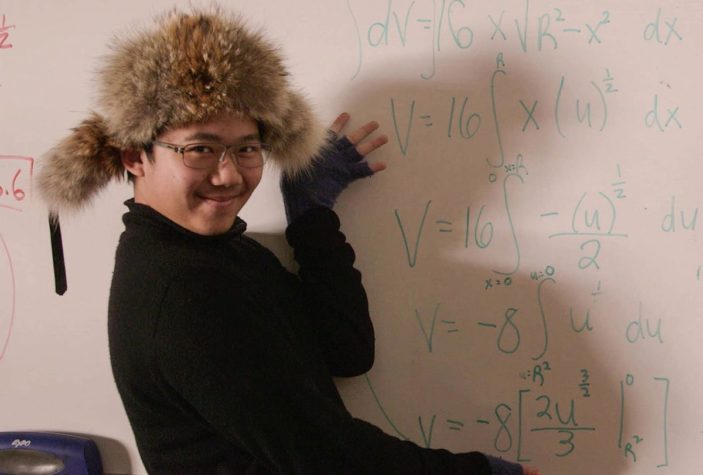 Starting on a personal note, when I heard about the documentary Try Harder and its premise, I had traumatic flashbacks to my own time as a student. The relentless studying, the overbearing parenting, the exaggerated expectations, the regrettably embarrassing actions; it all came flooding back. That is when I knew that I had to watch this film; to see a similar chapter of mine shown on-screen and to look back on my own life with fresh eyes.

Try Harder is a documentary from Asian-American director Debbie Lum that follows the stories of the students in San Francisco’s Lowell High, one of the best public schools in the country. It is famous for drawing high achievers (which includes nearly 70% Asian Americans) from across the city into a fiercely competitive universe.

Lum follows the journey of five bright young go-getters (Ian, Shea, Rachael, Alvan and Sophia) as they candidly and humorously guide us through their lives in the school as the pressure intensifies for them to impress admissions officers at elite universities with their report cards, test scores and just being a model student.

There is a part of me that wonders what the film could have been like if the direction had taken a serious approach in terms of repercussions. But this is a film review and not a review of expectations of a film so enough about me being personal; let’s get to it.

The route that Try Harder does take is showing the journeys of its five individuals (spanning over a year) with good-natured humour and piquant wit. All the individuals have their own obstacles to tackle and they are all exuberant and likable. Ian faces issues of self-esteem; pondering whether he is reaching his potential in his studies; Rachael faces discrimination with her biracial identity; Shea has to contend living with his inattentive father as well as an incoming eviction and Sophia having to overcome her own ennui by escaping the current culture she is in by studying over the East Coast.

Lum provides sufficient insight on how the parents effect the children. In the case of Alvan, his mother would qualify as the moniker “tiger mom” or “helicopter parent”; someone who constantly oversees and decides everything for their children. His mother (who is a Taiwanese-immigrant) interferes to the point that she offers an admission officer bribes (red pocket money and tickets to a sporting event) under the guise of Chinese New Year. Seeing the effects of her decisions on Alvan is poignant in the sense that Alvan’s individuality is at risk.

Amusingly enough, that stigma does not affect Ian. His mother, a graduate of Lowell, does not want her son Ian to go through the overbearing drudges of the school and wants her son to be happy on his own terms. Continuing on that fashion, the term “tiger mom” is not mutually exclusive to Asian people. Rachael’s mother wants her daughter to cherish her Black upbringing despite what other people think (including students who say that if Rachael had got admitted in her chosen college, she only got in because she’s Black).

The racism (in this case, Anti-Asian attitude) is also touched upon in the film as colleges like Harvard do not admit the majority of Lowell applicants due to the fact that they are Asian-American or AP machines; essentially robots that absorb information without applying their own unique critical thought. The same attitude also rubs on into the thoughts of the individuals themselves, in terms of their embrace (or lack thereof) of their identity. Sophia says she is “kind of tired of Chinese people” while Alvan tries to be less stereotypically Chinese and Ian is self-aware of the Asian stereotype of the typical career path for Asians; which is to study hard and become a doctor.

Although it is commendable that the film provides a strong focus on storytelling (and the presentation is simple and befitting of its subject complete with hand-drawn textual designs and transitions) does not reach its true potential as it lacks insight from the people around the five individuals. More contributions from the teachers and the parents would have provided more clarification on other stigmas like the class divide or the potential danger of pushing studying on students to the point of reaching levels of indoctrination.

Overall, Try Harder is a delightfully fun documentary that had me in both collective embarrassment, joy and elation; as it deals with the stresses of the high school experience via racism, filial duty and pressures in college admissions through five vibrant and lovable individuals. Recommended.

Try Harder is screening as part of this year’s Sundance Film Festival, which is being presented virtually between January 28th and February 3rd, 2021.  For more information head to the official Sundance page.