Sundance Film Festival Review: The Pink Cloud is more than just an eerie prophecy of the world today 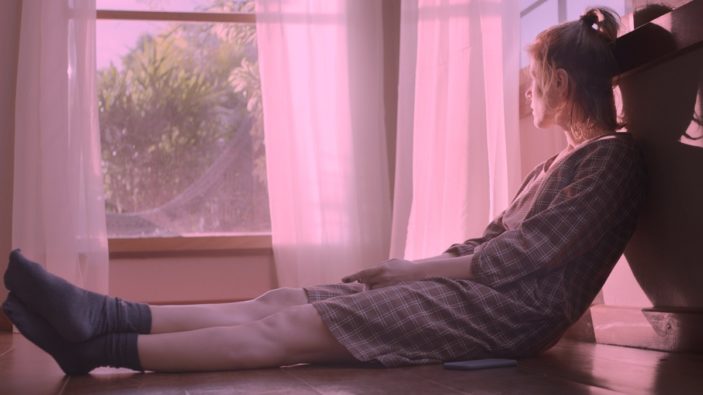 One of the things that is very reflective about film is how cinematic storytelling can reflect the current condition of the world today. But it is that very same quality that can make the storytelling of said film feel dated. The main reason would be due to the time spent on development in getting the film made. But there are some films out there that are so eerily prescient of the world today that it comes across as scary.

One recent example of such a film is the 2019 horror film Sea Fever by Neasa Hardiman, which was about a crew stranded on a boat when an unidentified life form infects the crew and in order for them to survive, they must decide whether to go back home for their survival or quarantine themselves for the sake of humanity. Considering when the film came out, the timing of its existence could not be more eerily prognostic of the current condition of the world.

In 2021, we now have The Pink Cloud, the feature-length directorial debut from Brazilian filmmaker Iuli Gerbase. Written in 2017 and finished filming in 2019, the existence of this film in the time of the pandemic is so surreal, it borders on clairvoyance on Gerbase’s part.

The film starts off with a one-night stand between Giovana (Renata de Lilis) and Yago (Eduardo Mendonca). The two met at a party and as those stands go, they had a fling and presumably they would go on their merry way. However, a deadly cloud shrouds over the city, forcing every person to go into lockdown and the two are forced to live together.

Months and months go by, the two are stuck in their own quarantine world and their lives are essentially forced into the expected life rituals in order for maintain their relationship. Even with the presence of screens to communicate to their loved ones including Giovana’s best friend Sara (Kaya Rodrigues), her little sister Julia (Helena Becker) and Yago’s invalid father (Girley Paes), the crushing feel of their enclosed environment becomes too much as Giovani and Yago try their best to sort over their differences before they tear the two apart.

Just from the synopsis, the similarities between the screenplay and the pandemic are uncanny, lending the film an authentic feel that is remarkably easy for the audience to relate to. Thankfully, the film has much more going for it than just prophetic coincidence. Gerbase and editor Vicente Moreno manage to pace the film in a way that makes the audience feel the lockdown; a sense of ongoing tedium that feels like you are in one place for too long.

While that may sound like a flaw in the storytelling, Gerbase peppers the film with intriguing ideas throughout the runtime that the tedium dissipates rather quickly. Fittingly enough, the storytelling fits along quite well with the six stages of grief (Denial, Anger, Fear, Bargaining, Depression, Peace) as the characters go through their own progression.

The characters have loved ones they worry about, they have their wants and desires (Giovana wants to travel while Yago wants to settle and start a family) and their sense of intimacy is so inborn (the two can count how many spots they have on their skin) that they resort to role-playing to keep up the level of excitement. The film does take dark turns in the story, which leads the characters to go into their baser instincts to stave off tedium to make themselves feel better i.e. threats of violence, onanism and psychological belittling. The emotions and drama feel natural and are vividly portrayed by everyone involved.

It also helps that the visual design keeps the interest of the audience. Despite the fact that the majority of the film is set in an apartment, the art direction by Bernardo Zortea and the cinematography by Bruno Polidoro lends the film credibility in terms of bridging the gap between imagination (pink pastel colours and vibrant lighting that highlight the characters’ need for escape) and reality (dark, mellow colours that highlight the grim truth of the characters’ situations in the life).

The lead actors are also never afraid to portray their characters honestly; without any sense of narcissism or need to make the audience like them. Lilis portrays the outgoing attitude of her character beautifully and she is even better when the figurative walls come bearing down on her, making her feel claustrophobic. Mendonca portrays the laid-back attitude of Yago with ease but he truly excels when he delves deeper into his baser instincts when his personal sense of peace becomes threatened. The two compliment each other very well as they show a sense of intimacy that feels genuine; even when their circumstances basically forced them together.

Overall, The Pink Cloud is a terrifying look into loneliness and how it can drive people into moulding their own realities as an escape; it was a scary, beautiful and thought-provoking piece of work that is so astounding in its timeliness, it is a cinematic equivalent of a prophecy. Highly recommended.

The Pink Cloud is screening as part of this year’s Sundance Film Festival, which is being presented virtually between January 28th and February 3rd, 2021.  For more information head to the official Sundance page.