Six episodes in, is The Lord of the Rings: The Rings of Power worth watching? 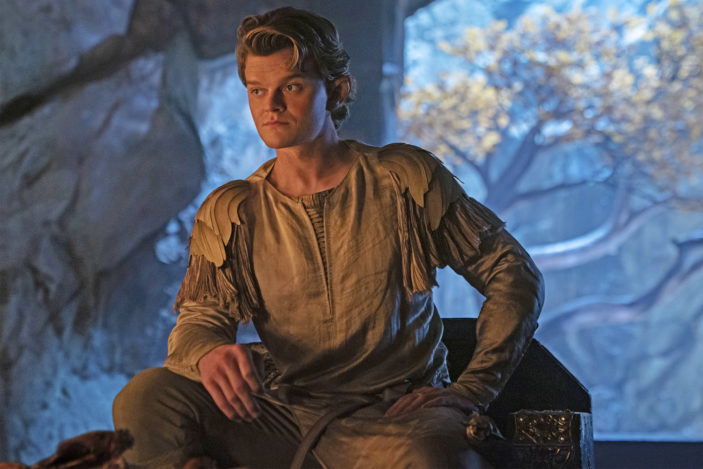 If you have been glued to Amazon’s new show The Lord of the Rings: The Rings of Power each week, you wouldn’t be alone. The first five episodes have firmly established the Second Age setting, filled with a lot of back story and establishment of Numenor, Southlands, Khazan-dum and Lindon. It feels all of this was necessary for the episode six explosion that resulted in a huge Two Towers-esque battle episode that some would argue should have arrived sooner in the season.  Prior to this, we got sprinklings of action scenes with a lot of back story and introductions to characters, old and new, that are completely necessary to appreciate the events in episode six and set up the conclusion of season one and future seasons (the second season is being filmed right now!)

The purpose of this show essentially is to explain the state of Middle Earth in a time of peace and how the great rings were forged and the rise of Sauron. By far the most interesting stories are that of the trio of Harfoots, who embrace the Stranger who has fallen from the sky and wields mysterious powers. To date, we still don’t know their identity (Gandalf or Radagast would make the most sense to me!) Together they wander the land in travelling caravans, similar to a travelling circus. Because of their height and adaptability, they can easily hide and camouflage themselves from the rest of the world. Nori (Markella Kavenagh) has provided the most memorable moments, with some great songs that carry the episodes through. Galadriel continues her quest to defeat Sauron, even after her fellow kin deny that anything is happening and travel back to their land. A lot of her story continues in Numenor, attempting to convince the humans that there is danger coming and they need to fight to keep their island. Seeing Stones make a comeback as their ruler foresees a great tidal wave that destroys the island and everything on it. Fortunately, this is enough for her to see reason and send soldiers and ship to accompany Galadriel and confirm the threat. It follows Elrond’s journey to the mines and the city of Khazad-dum to reconnect with his old friend Durin (Owain Arthur) after decades of estrangement. The story of the elf and dwarf king reconnecting over Durin’s new wife Princess Disa (Sophia Nomvete) is a joy to watch and provides a lot of lighter and humorous moments (especially when compared to the film series where this is the majority of the darker moments).

The threat is all too real by the time episode six rolls up. Arondir has convinced the humans that the orcs are coming for their village and tower, and while some decide to leave, the other half devise a plan to defend the village and keep themselves alive. The battle-filled episode is everything that fans of the original films have been waiting for, with the orcs looking just as terrifying and menacing as they did in the film series. Many fight scenes are fleshed out and allowed to breathe due to the run time of the episode. There is a moment with a huge orc and Arondir with an eye for an eye moment that offers the goriest moment seen in the series so far (when you see it, you will know!). A battle for battle’s sake means nothing, but knowing we have fallen in love with these characters for five episodes, we understand their connection to the village, to the land and to their country; everything feels earned. We now anxiously await the two-episode season finale (episodes seven and eight) over the next two weeks that will cement the series’ future. Director J. A Bayona has done a marvelous job at fusing the mythical, magical and blood fuelled action that this series requires. While there is much discussion about how true to Tolkien the series is, there is no denying that The Rings of Power is the most engaging and exciting series streaming right now.

The Lords of the Rings: The Rings of Power is now streaming on Amazon Prime Video.