Arts House and the Melbourne International Film Festival (MIFF) have announced a new partnership which will aid the production of various films based around untold stories and new technologies, supporting artists, filmmakers and VR experts alike at this year’s festival.

While MIFF VR has featured at each festival since 2016, the virtual-reality landscape has never been more prominent, and will be reflected accordingly with 16 Virtual Reality film showcasing this year. MIFF hopes to support all film makers and artists by pushing the boundaries of both creativity and technology, taking advantage of the virtual reality market, rewriting the context of film structures and storytelling.

VR titles within this program include the headlining 3D VR experience The Room from creators Molly Reynolds, Rolf de Heer and Mark Eland, reflecting on both humanity and destructiveness to create the ultimate engaging story.

Historically, Accused #2: Walter Max Sisulu tells the story of a politically charged trial of South African anti-apartheid activist, while Ashe ’68 centres around the accomplishments of Arthur Ashe, the 1968 US Open tennis champion and civil rights activist.

Other VR stories aim to capture the emotions and memories of those in dire situations, from the World War 1 trenches, ten minutes before peace is declared in 11.11.18, while Children Do Not Play War focuses on the survival stories of child soldier affected by the infamous Joseph Kony.

Experiences focused on immersing us in a possible future include Afterimage for Tomorrow, taking viewers to a time where memories can be stored for future playback, while Future Dreaming brings to life the dreams of four Aboriginal Australian youth. 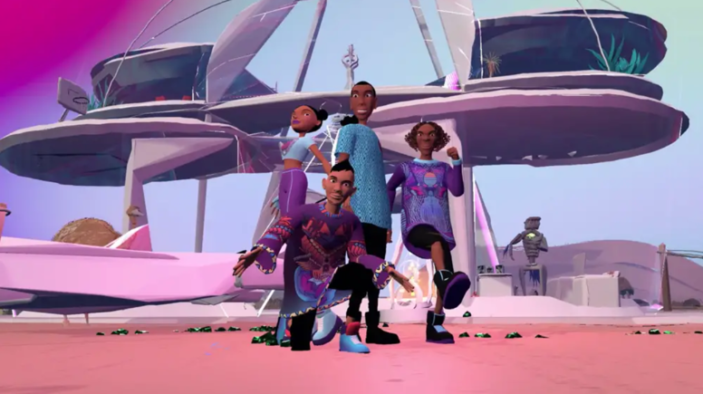 VR can also put us in situations we might never experience ourselves, in titles such as Passenger, as we experience Australia through the eyes of an immigrant, while Send Me Home focuses on a falsely imprisoned ex-convict struggling to adjust to life outside of prison. 4 Feet: Blind Date puts viewers in the shoes of a wheelchair user as they head out on a blind date, making for a somewhat relatable yet eye-opening experience.