Memoria is one of 2021’s best films thanks to its undeniably immersive nature that is cinematic morphine: Sydney Film Festival Review 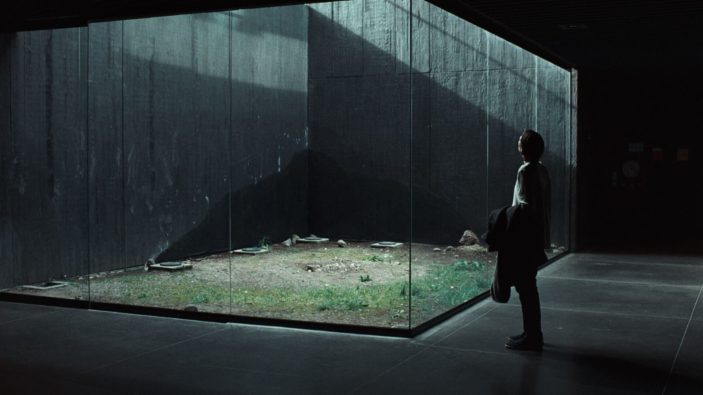 “If a tree falls in a forest and no one is around to hear it, does it make a sound?” – Anonymous

According to writer/director Apitchatpong Weerasethakul’s latest film Memoria, the answer to the question above is a resounding yes. The acclaimed filmmaker is best known for works including Uncle Boonmee Who Can Recall His Past Lives and Cemetery of Splendour; films that venture into themes of nature, dreams, magical realism and sexual identity.

With an almost ethereal quality in his filmmaking, critics have lavished almost unanimous praise over his work. In the case of Memoria, his latest film is his first English-language effort and it has acting marvel Tilda Swinton as the lead. Will Weerasethakul manage to maintain his creative control while reaching a new audience?

Swinton stars as Jessica, an orchid farmer who is visiting Bogota to tend to her ill sister who is in hospital due to unexplained respiratory issues. But during her stay, she hears mysterious noises that linger on her mind. Unable to get her mind off of them, she investigates the origins of the noises which leads her into a journey of self-discovery.

The nature of the story itself may be quite ridiculous. However, there is enough believable human drama to hold on to in order for the audience to cling to Jessica’s burden. Our lead character is a fish-out-of-water (much like Weerasethakul himself); working in a country that is foreign to them. With the lack of language proficiency, the only universal link is through the power of sound. And it is through that conceit is where the power of the film lies.

This critic has described Weerasethakul’s films as “cinematic morphine” and Memoria is no exception. The way he immerses the audience with still imagery and diegetic sounds of nature like the blowing gust of wind and the flowing water in the river is sublime in its allure. Yet in contrast, he counterbalances that with loud jolts like car alarms or sonic booms. While this may sound like jump scares in a horror movie, one may figure the intent of the noises to be defined as something more cerebral; along the lines of science-fiction.

Throughout the film, characters mention the nature of sounds having a history and how they are recorded through time. But what if these sounds carry information and reverberate through time; passing through people along the way? Can these sounds stimulate memories of the past? Can these sounds come from the future and reverberate back to the past? Alongside numerous details like building constructions over native land, remnants of people in history and elements that are vaguely interstellar, all of these are valid points and the film does a great job in stimulating thought-provoking audience participation through its stellar filmmaking and Swinton’s performance.

Swinton is a wonderful performer who has displayed remarkable range through her wide range of characters. But one of the things that has made her special in recent years is her uncanny ability to adapt her range through various acclaimed international filmmakers. Where it would be Bong Joon-ho or Pedro Almodovar, Swinton surrenders herself to Weerasethakul’s vision so effortlessly that her sparse speaking role adds credence and emotional conviction to what could have been a one-dimensional role.

As with many Weerasethakul films, the nature of the story may be too wilfully obscure in its intent. But those who are willing to surrender to the film’s elusive storytelling will be rewarded with its emotionally stirring and thought-provoking methods of stillness that will linger in one’s mind long after the film ends. Highly recommended.