Ever since The Academy Museum of Motion Pictures was announced – a state of the art new complex in Los Angeles – cinephiles around the world have been anticipating what is set to be the most comprehensive and star-studded look at the history, and making of cinema.

The Museum, which was set to open last year, now has a set opening date of 30th September 2021, and will feature five floors of exhibition space, and two theatres for screenings and live events – all across some 300,000-square-feet.

The main theatre – the 1000 seat David Geffen Theater – is an architectural marvel, sitting in an impressive floating sphere (dubbed, aptly, “The Sphere”), reminiscent of IMAX’s flagship Cinesphere in Toronto or the nearby Cinerama Dome in Los Angeles. It comes complete with an orchestra pit, and the ability to screen in everything from 70mm and 16mm to modern digital formats. A second theatre, located underground the main complex, is the Ted Mann Theatre, and will hold 288 people. 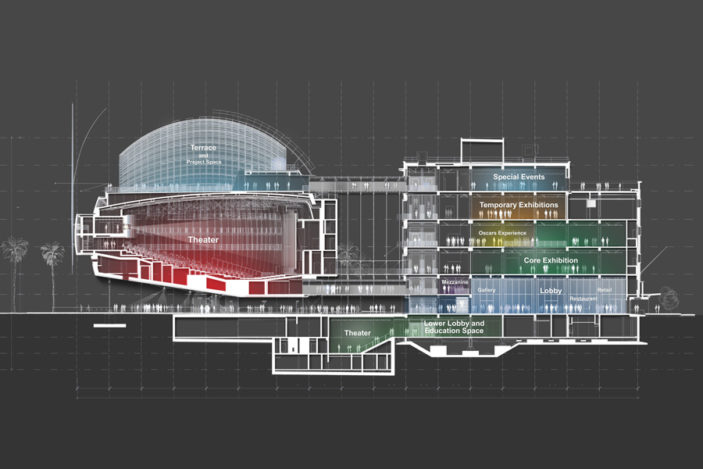 The exhibition spaces themselves will be filled with selections from the Academy’s growing collection of film objects – something they’ve been working on since work started on this project in 2008.

So far, they have accumulated approximately 5,000 items representing motion picture technology, costume design, production design, makeup and hairstyling, and promotional materials. This means that guests will get to see everything from the red slippers from The Wizard of Oz (a film which will have its own exhibition space), to the aquatic man from The Shape of Water, as well as costumes from blockbusters like Star Wars and Black Panther. 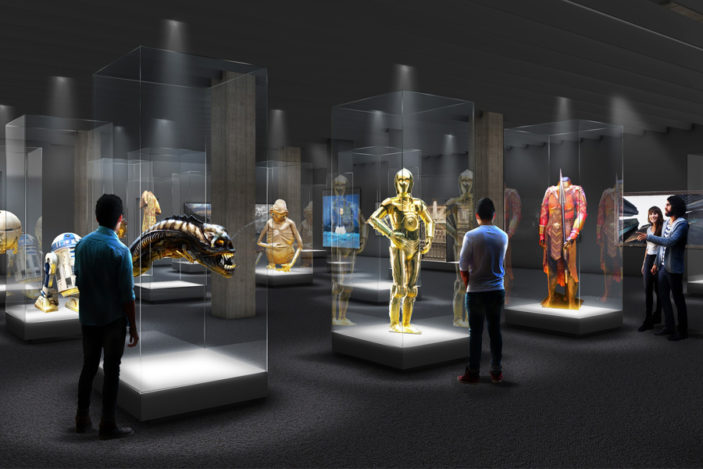 Spike Lee is also donating much of his private collection to the space, and the master filmmaker who finally won his first Oscar in 2019 (albeit as a Screenwriter), will also help make up part of the Museum’s pre-opening virtual programming – which will be open to Australian audiences (barring some special film screenings).

Lee will be a part of the virtual conversation series, exploring how his vast personal collection represents his many cinematic muses in the museum’s Director’s Inspiration gallery. Fellow Oscar winner (for her work composing Joker) Hildur Guðnadóttir will also be featured in a virtual conversation. Hosted by Academy Museum Exhibitions Curator Jenny He, the digital event will discuss Guðnadóttir’s work and her approach to designing the museum’s Composer’s Inspiration gallery.

Another virtual conversation will be titled Activism and Film, an in-depth conversation on the intersections between filmmaking and social change featuring drop-in guests and previewing the Academy Museum’s Impact/Reflection gallery.

With more to be announced, and dates and times for these events are TBC, it was revealed today that the first of the virtual programming will launch on 22nd April 2021 (Los Angeles time) – three days before the Oscars – with Breaking the Oscars® Ceiling, a conversation hosted by Academy Museum trustee Diane von Furstenberg and moderated by the Academy Museum’s Jacqueline Stewart, who will be speaking with women who achieved historic Oscars milestones.

Also launching on April 22, the museum’s website will be activated with thoughtful historic content on the Oscars and Hollywood: the Academy Awards History Timeline, an interactive timeline that previews and expands on the Academy Museum’s gallery of Academy Awards History and Hollywood Past and Present, a virtual tour of Oscars-related locations with vintage and contemporary photographs of key locations.

Bill Kramer, Director and President of the Academy Museum, said today of this news, “Developed in partnership with incredible Academy members, our slate of virtual programs is designed to complement our compelling and engaging core and temporary exhibitions.”

“When we open, our programs will also come to life in our theaters and in our public spaces to deepen the visitor experience. Our screenings, panels, symposia, and educational programs are key components of how our visitors will interact with the museum and learn about filmmaking.”

And all this is great news for us in Australia, given open borders and travel to Los Angeles won’t be likely to return until 2022. But you can bet that this museum is one of the first places we visit when it does.

For more details about the virtual programming, and the museum itself, head to academymuseum.org. 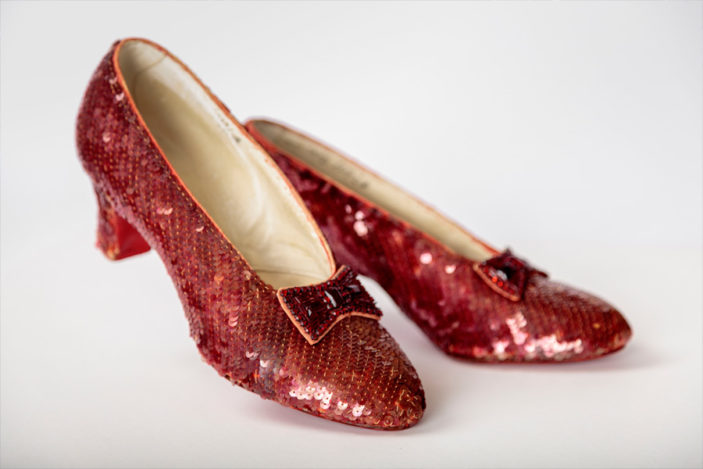 All images provided by The Academy Museum of Motion Pictures