Is Netflix’s Caliphate worth watching? 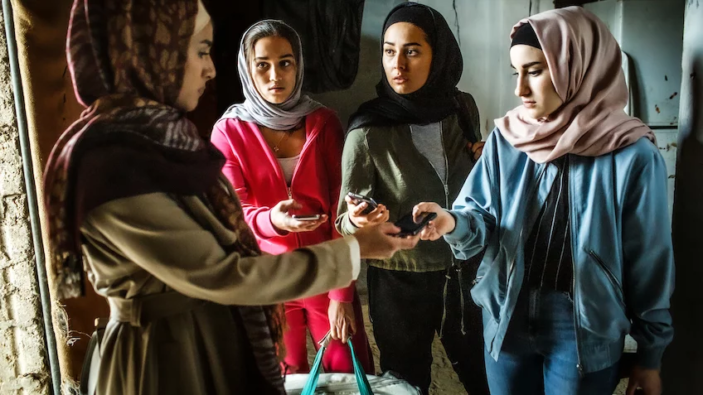 Streaming on Netflix now, Caliphate is an eight-episode thriller shot between Sweden and Jordan, following a planned ISIS terror plot in Stockholm while at the same time examining the much deeper issue of radicalisation.

With a long-running show like Homeland wrapping up (rather well, might I add) after eight seasons, it’s expected that some fans of the Showtime thriller would seek out something a bit similar. That’s how I came across a recommendation for Caliphate, but the similarities between both shows are superficial at best.

Caliphate is its own beast, and a highly engaging one at that. When it was originally aired on Sweden VOD service SVT Play, it quickly became the platform’s most watched series ever. It’s not hard to see why, especially as it spins around the sympathetic Pervin (Gizem Erdogan), a Swedish woman who was taken to Raqqa, Syria at a young age and married to her husband Husam (Amed Bozan), an ISIS soldier assisting in a complicated attack by terrorists based in Stockholm.

Pervin has become disillusioned with her life in Raqqa and, quite early in the show, is pulled into becoming a spy for a Swedish cop named Fatima (Aliette Opheim). As Fatima continues to push Pervin for more information, hence putting her at greater risk, a palpable tension is caked into almost every second of Caliphate. Despite a tendency for overacting and unconvincing twists, this makes for a compelling binge. Erdogan is fantastic in the role as an increasingly desperate and frustrated apostate just trying to get her, and her baby, home.

The other major plot involves the charismatic Ibbe (Lancelot Ncube), one of the aforementioned Stockholm-based Terrorists who has a certain knack for brainwashing young girls and sending them off to become brides in Raqqa. It’s a necessary, disturbing look at how radicalisation works on the ground, but many cliches are used to expediate the whole process (again, eight episodes). The result is a trio of girls fully on board with going to Raqqa with very little to make their mental states believable. One of the girls in particular shows no identity or conviction of her own, making her narrative conclusion feel shallow and jarring.

Admirably, the writers focus less on the impending attack and its investigation and stick closely to the drama unfolding behind the scenes in Raqqa, with Pervin. This takes it away from your stock-standard “stopping ISIS” thriller and sharpens the show’s best moments. Had it stuck so close to Pervin’s story, Caliphate wouldn’t have been distinctive enough and remained unique only because it has the most atrocious dub in the history of dubs.

The question is whether or not Caliphate is a one-off mini series or will there be a second season? Nothing has been confirmed, but there’s definitely enough material – and critical praise – there to justify a serialised show focused on radicalisation.

If nothing else, it’s something excellent and short you can commit to if you’ve already run through all the best movies on Netflix Australia.

Caliphate is streaming now on Netflix.