Film Review: Triple Threat may not live up to its promise, but it is still an action-packed treat 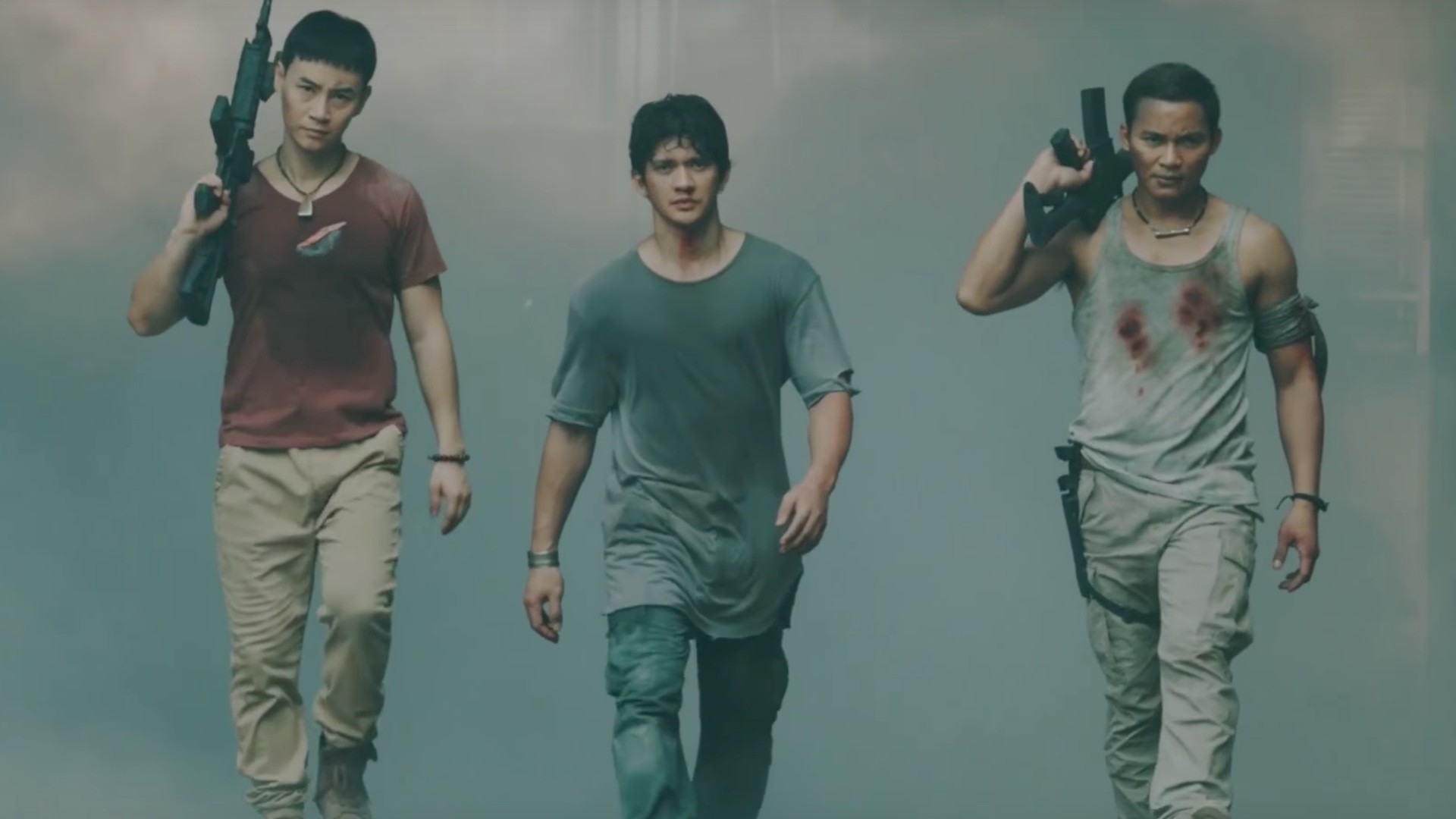 If you were to see the cast of Triple Threat, which is jam-packed with talented martial artists/established action heroes, chances are that you would be overly excited. With this much talent in an action film, how can it possibly fail? We must consider the people behind the scenes.

Triple Threat has director Jesse V. Johnson, who primarily works on straight-to-video features. But over the past few years, he has made quite a name for himself, with entertaining action flicks like Savage Dog, Accident Man and The Debt Collector (all starring Scott Adkins). We also have fight choreographer Tim Man, who has worked on many acclaimed straight-to-video features like Ninja: Shadow of a Tear and is a collaborator of Johnson as well as Adkins.

With all those people in mind, maybe high expectations are warranted for Triple Threat. But does the film live up to its promise?

The film starts off with a village raid, with mercenaries slaughtering people and rescuing a prisoner. While the mission was a success, what the mercenaries do not realise is that they have angered a man who suddenly has nothing to lose.

After that, a crime syndicate places a hit contract on a billionaire’s daughter, making her the target of an elite assassin squad. A small band of down-and-out mercenaries protects her, fighting tooth and nail to stop the assassins from reaching their target. The two stories soon link up and conclude, with bouts and blows of hard-hitting action.

Does Triple Threat succeed as an fun action extravaganza? Although the film does provide above-average action scenes from its cast and crew, it lacks the passionate drive to make the film truly great due to some odd film-making choices, leaden pacing and a lack of focus in the storytelling.

Let’s start off with the negatives. While the story is understandably no great shakes, it lacks the emotional punch for the audience to invest in the action scenes. Jesse V. Johnson‘s direction portrays the drama of the film as if it was a checklist needed to be completed. If a character’s loved one dies on-screen and the audience doesn’t care for it, your film has problems.

Compounding the inert drama is the convoluted storytelling. What could’ve been a simple revenge story or a story about a group of mercenaries working on a mission, the film piles on story beats after story beats involving double-crossings, revenge, betrayal, political intrigue and front-story strands for sequel purposes. This results in the film having a lot of plates to spin, but little time to accomplish any of these beats well. So when the audience is watching these moments, they are left waiting for the action to start up again.

But let’s get to the performances from the actors. And by performances, I mean their presence, charisma and utilized talents on-screen. While none of the actors are acting thespians, most of them do make the most with what they are given — especially when you compare their current work with their humble beginnings.

Tony Jaa has always been a furious force of nature on-screen ever since his lead debut in Ong-Bak: Muay Thai Warrior, but over the years, he has loosened up and has gained a lot of charisma and down-to-earth appeal and it shines in his performance in Triple Threat.

Iko Uwais had no prior acting experience before his acting debut in Merentau, starting off as a cipher. But like Jaa, his talent has grown in acting chops to the point that his understated performances in The Raid 2, Headshot and so on have been quite compelling. Thankfully, that trend continues here in Triple Threat, which gives the drama slightly more punch than the script allows.

Tiger Chen surprisingly doesn’t have a lot to do but fight in Triple Threat, despite the fact that he was the one who spearheaded the idea of the film in the first place. He does have an air of sincerity to his performance that brings rewards to some lame humour in the film, but he is still in the cipher stage of his acting career at this point.

As for the villains, Scott Adkins is a lot of fun as the loose cannon of an antagonist, spouting profanity-filled frustrations left and right while still providing the spin kicks and flips that people loved him for. Michael Jai White still shows his comedic chops (from Black Dynamite) but laced with a certain sadism that is appreciated.

The supporting actors all do their best, but some are very underused. Michael Bisping and Ron Smoorenberg do as expected while Jeeja Yanin, who has been an action-packed bundle of joy since his acting breakout in Chocolate, has very little to do in both acting and fighting — her only standout moment is using a grenade launcher and her very last scene, which provoked unintentional chuckles.

Celina Jade can’t bring much of her charismatic presence  here, as she brought in films like Legendary Assassin and Wolf Warrior 2, while Hong Kong wooden-actor extraordinaire Michael Wong only has one scene to himself, where he doesn’t alternate from the Cantonese language to the English language, for unintentional laughs.

Now we get to the action scenes. If it has felt like a long read to get to this point, the film does feel like that as well. When the film reaches its last half-hour, the action comes to life, and it is very well-done. The editing by Matthew Lorentz relies more on clarity than fast-cutting, which keeps the action easy to follow; and the fight choreography by Tim Man gives all the martial artists the opportunity to do what they do best, whether its Kung Fu, silat, judo, kickboxing and so on.

Overall, Triple Threat may not be the action wonderland given the talent involved, but it is still an entertaining piece of martial arts goodness thanks to its performers and the ferocious action scenes.

Triple Threat will be released on DVD/Digital on 29th May 2019, thanks to Icon Film Home Entertainment.