Film Review: Three Thousand Years of Longing is a vibrant and refreshing celebration of storytelling 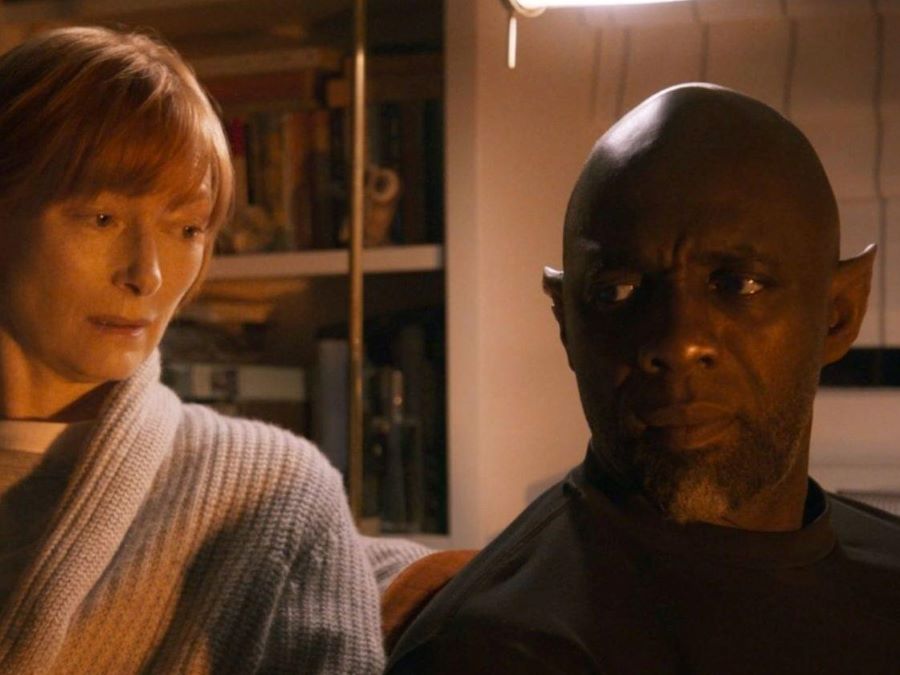 When so many of the exciting new projects at the moment are TV series, it feels like a rare gift to watch a movie as bold and refreshing as Three Thousand Years of Longing. The film is the story of a ‘narratologist’ named Alithea (Tilda Swinton), who travels to Istanbul for a conference and unwittingly releases a genie, or ‘Djinn’ (Idris Elba), into her hotel room. Directed by George Miller, the film follows multiple stories that the Djinn tells Alithea, as he tries to convince her to admit her heart’s desire and make three wishes.

Put simply, it’s a beautiful movie. Three Thousand Years of Longing is vibrantly colourful, with a warm palette of colours so deep and rich you can almost taste them. Everything is heightened, with quirky filming that focuses on throats swallowing and knees jiggling making you feel right up close, as though you’re inside the film yourself.

But it’s not just the filming that makes this movie such a feast for the eyes. The stories the Djinn describes are deliberately very similar to fairy tales and therefore the scenes are surreal and visually intense. Often, a relatively normal scene will descend into chaos and otherworldly creatures, or will spin and contort like you’ve suddenly started hallucinating. Also, the setting of Istanbul throughout the ages offers endless opportunities for striking historical settings and makes the stories even more hypnotising.

The film is all about stories, and it quietly explores their purpose and the impact they can have. As a narratologist, Alithea unpacks all the literary tropes of the stories the Djinn is telling as he speaks and uses them as reasons to justify her refusal to make a wish. The importance of stories is touched on multiple times, as the Djinn even says that he has been seduced by ‘the conversation of women’ in the past. With all of the storytelling concepts and literary references – such as Alithea’s hotel room being the ‘Agatha Christie’ room where she apparently wrote Murder on the Orient Express – the movie would be a pleasure for any writer to experience.

Even though there were some small flaws with the storyline, the dialogue was delightfully smart and witty. Every line felt heavy with meaning, making it an incredibly quotable movie. One impactful line was when Alithea was buying an oddly-shaped piece of glass (with the Djinn hidden inside) and she said ‘whatever it is, I’m sure it has an interesting story.’ Another occurred when she was explaining the story of her divorce and said once she was alone, she ‘expanded into the space of her own life’. The Djinn had more straightforward but amusing lines, such as calling himself ‘an idiot who has been extravagantly lucky’.

Unfortunately, there were a couple of parts of the story that were quite disappointing. In the beginning, Alithea steadfastly believed that she was content with her life as it was, but then there was a dramatic shift – which seemed to come without reason – and suddenly we were expected to believe she had been longing for companionship the whole time. It was the tired old story – a woman can’t be happy without the love of a man. Another questionable part was when the Djinn told the story of a prince who preferred all of his concubines to be plus-sized. The problem was that they made these women into a joke. They were mocked and dehumanised with ridiculous slapstick humour and insinuations that their size added to the vulgarity of the story. We should be well past the time that any movie would feature offensive and outdated themes like this, and their inclusion cheapened the entire movie.

Despite these flaws, it was still amusing and intriguing overall, and unsurprisingly, the acting was superb. Swinton was fascinating as Alithea, she spoke very deliberately and approached situations with the focus of an academic, layering so many quirks and intricacies into her performance that she truly embodied the character. As usual, Elba was flawless and subtly funny, he switched from a mysterious and intimidating Djinn to a fragile and mournful human character in a split second, and managed it all with ease.

As expected when you try to grapple with such huge topics – i.e. humanity and the purpose of life – it’s difficult to make the ending a satisfying conclusion to these questions. However, the film manages to create a nice, lighthearted ending – it’s a little anticlimactic, but elegantly wraps up the ideas explored within the story. Three Thousand Years of Longing is a beautifully-shot riot of colour, with intriguing concepts and perfectly executed visual effects. It’s gloriously unlike anything else and will leave you with the satisfaction of hearing a story well-told.

Three Thousand Years of Longing is screening in Australian cinemas from September 1st 2022.