Film Review: Coming 2 America is a loving family reunion; warts and all 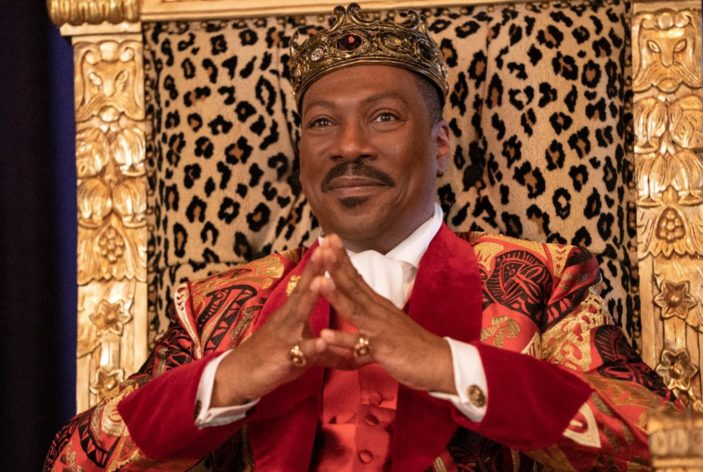 Set 30 years after the events of the original film, Coming 2 America sees Prince Akeem (Eddie Murphy) and his true love Lisa McDowell (a spirited Shari Headley) settled in the kingdom of Zamunda with their three daughters, living, as all fairy tale romances go, happily ever after. Prepped to take over the kingdom from his father, King Joffer (James Earl Jones), Akeem finds himself stuck – it is tradition that a male heir must don the crown to become the ruler of Zamunda, and while his oldest daughter Meeka (a headstrong Kiki Layne) has more than enough experience for the role, Akeem struggles to find the balance between changing times and sticking to traditional customs.

Joffer, his health failing, tells Akeem that he has an estranged son named Lavelle (an engagingly loose Jermaine Fowler), back in Queens. Sensing a solution to his problem, Akeem and his trusty servant Semmi (Arsenio Hall in pitch-perfect form) return to America to find him.

But time is against the duo; General Izzi (a hilariously weird Wesley Snipes), the ruler of Nextdoria, is plotting to go to war with Akeem for rejecting the arranged marriage with his sister Imani (Vanessa Bell Calloway), a move which set up the plotline of Coming to America. Unless, of course, a new arrangement can be made between Lavelle and Izzi’s daughter Bopoto (Teyana Taylor).

The anticipation for Coming 2 America has been a long-time a-comin’! 33 years after the release of the original film, the long wait cast a even longer shadow, with fan expectations that, quite frankly, seemed nigh on impossible to live up to. In addition to high expectations, the film also had classification issues. The first was rated R in America (mainly for coarse language), but with a PG-13 sequel meaning less of the swearing, raunchiness and adult humour that many loved about the original, is Coming 2 America able to overcome those obstacles and take the throne as a suitable sequel?

One of the reasons why the original film has had such an enduring quality over the years was because it featured star Murphy in a different light, showcasing a more sensitive, romantic side that made the fairy-tale love story more ever more palpable. While Coming 2 America may lack the raunchiness of the original, it compensates with its own easy-going charm, delving right into that the sensitive side. Just as Akeem was was willing to sacrifice his wealth and his position for true love in the first movie, the fairy-tale stakes are still present. However, the sequel cannot always play the exact same notes of the original.

So, director Craig Brewer along with returning screenwriters Barry W. Blaustein & David Sheffield and new screenwriters Kenya Barris and Justin Kanew came up with new themes to explore, that organically build upon themes in the original film. Gender roles, sexism under patriarchy, generation gaps, the divide between change and tradition, and social status divide all get a look in – and there’s more besides.

The storytelling is unsubtle but also unobtrusive in its messages. The character arcs are solidly established and its numerous callbacks range from amusing (particularly the multiple returning actors) to surprising (there’s several musician cameos and flashbacks) and clever, with deceased cast members honoured in beautifully satisfying ways. The world of Zamunda in particular is wonderful to behold, with numerous wilderness sequences, the use of Rick Ross’ mansion as a location, and stunning costume design by Ruth E. Carter that looks both traditional and post-modern.

The ensemble cast of returnees (John Amos in particular has a great sequence that inverts the so-called dramatic epiphany sequence) and newcomers (Leslie Jones, Nomzano Mbatha and Tracy Morgan make the best impressions) do not miss a beat. They are all charming, enthusiastic and, critically, very funny.

Murphy is quite understated here and his character of Akeem feels more like a catalyst for everything around him, rather than being an actual protagonist. However, it feels like he paid more attention to other characters in the creative process, and there is a genuine sense of joy in watching Akeem witness everything around him with such utter amazement that it positively rubs off on the audience.

As for its flaws, the film may be over-reverent to the original, making the plot quite predictable. In addition, there are also off-putting moments that come off as funny in an unintentional way. A flashback to events in the original film that features the lead actors being de-aged, and looking quite hideous due to the blatant uncanny valley look. There are some jabs on modern culture that try to be amusingly self-reflexive (eg. The discussion of American cinema, film criticism as well as sequels/remakes) but it comes off as trite and unambitious. There’s also a few moments that come across as just plain offensive. In the flashback mentioned earlier, date rape is used as a plot device and there’s a particular joke that pokes fun at the transgender community – a move more reminiscent of the comedy in Murphy’s critical bomb Norbit, than his beloved Coming to America.

Overall, Coming 2 America is the cinematic equivalent of going to a loving family reunion. No one’s really changed, you enjoy reminiscing with them, a few surprises are revealed, and then someone inevitably makes a joke that makes everyone uncomfortable. For such a long-awaited comedy sequel, it’s more than well-done in this critic’s book!