Film Review: The Gentlemen is a film that should’ve minded its manners 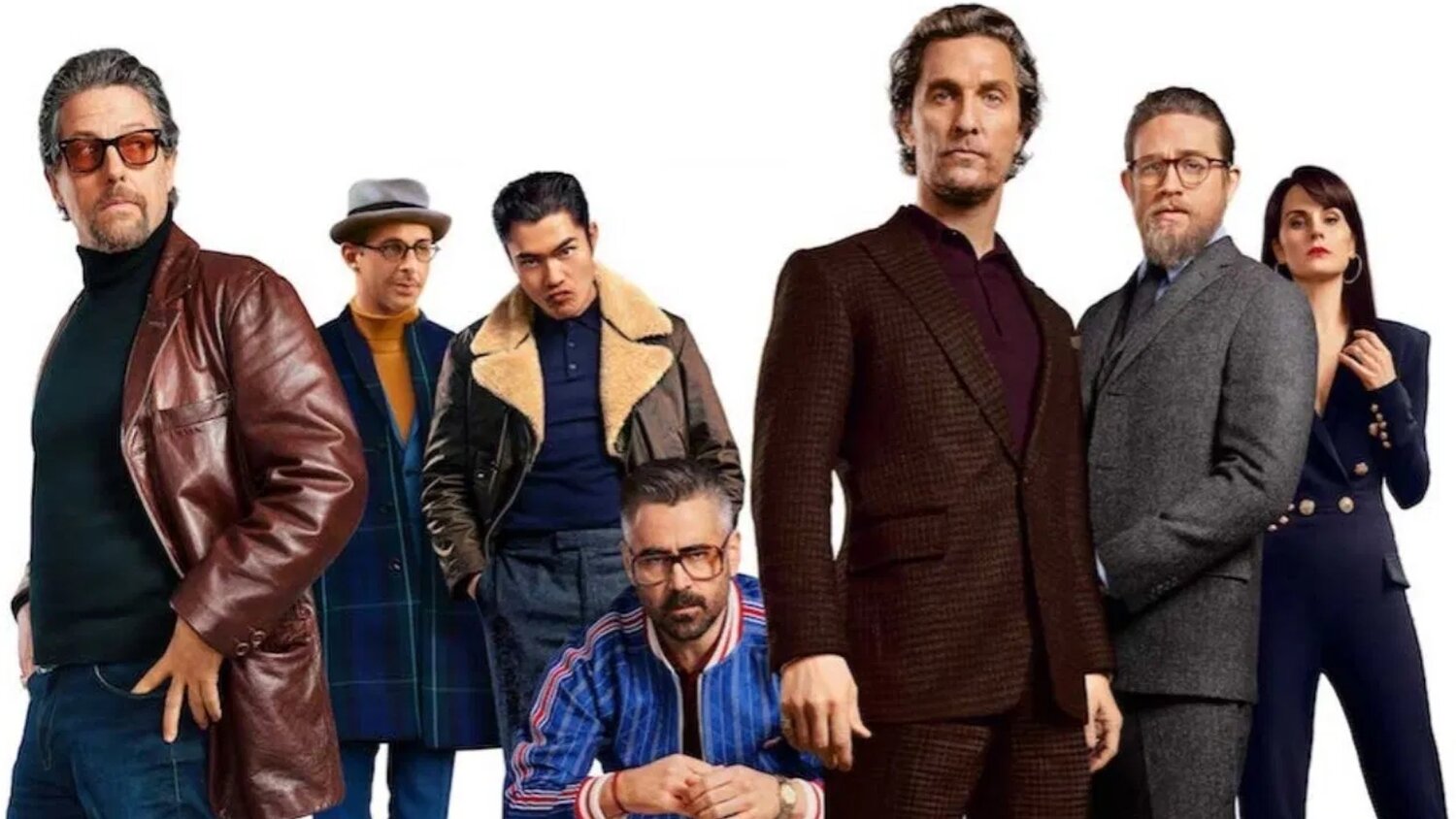 British director Guy Ritchie has had an interesting career trajectory over the years. He started off with his calling card film Lock, Stock and Two Smoking Barrels; a crime comedy that put him on the map thanks to his humour poking fun at geezery [sic] gangsters in Britain, the extreme political incorrectness and his energetic visual style. He then repeated the formula with Snatch; which is most notable for the appearance of Brad Pitt attempting a Pikey accent.

The proper route for such a downfall would be to go back to the beginning and reclaim past glories that made you renowned in the first place. Case in point: RocknRolla; a geezery [sic] crime caper that got Ritchie back some cred, although some critics (including Kermode) thought the film only got positive reviews because it was compared to Revolver.

But the rise back to credibility began when Ritchie worked with a studio budget and adapted and directed the Sherlock Holmes films; action-packed comedic mysteries that had Ritchie’s visual style complimenting interesting crime stories and a wonderful chemistry between lead actors Robert Downey Jr. and Jude Law. The rise continued on with the adaptation of the TV show, The Man From U.N.C.L.E, an underappreciated/underseen and snappy espionage action comedy that had the successful formula similar to the Holmes films; great cast chemistry and a cool, striking and snazzy visual style.

After that, Ritchie hit a bit of a snag when he delved into fantasy with the big-budget flop King Arthur: Legend of the Sword, a film that was described as dull, rushed and ridiculous; even though there is evidence of a critical evaluation for it. But the big blockbuster film Aladdin landed on his lap and it broke the billion dollar milestone, giving Ritchie the clout he needed. Now, he has his new film The Gentlemen; which is touted as a return to the geezery [sic] formula that he popularized. With an all-star cast and a reinvigorated director on the pedestal, will The Gentlemen be as good as his past glories?

All of the plot is narrated and dramatized by Hugh Grant, who plays a leery, seedy, rambunctious journalist who writes the events of the film as a script and passes it off to blackmail the culprits in the crime via a calm and collected enforcer Raymond (Charlie Hunnam), who is also Pearson’s number two man. The narration also gives Ritchie an excuse — or is it self-referential as well? — to edit the film with characters spouting out film terminology while editor James Herbert executes the technique.

The film starts off with a scene, introducing Mickey Pearson (Matthew McConaughey), an American emigrant who resides in London as a marijuana kingpin; waiting at a bar to meet up with someone; whilst ordering a beer and a pickled egg. Taking the Fight Club route, the scene ends shockingly, leading up to the opening credits; which clearly signals that The Gentlemen is an unashamed Guy Ritchie joint.

The plot involves Pearson trying to leave the drug life, cashing out while on top. But news travels to gangs, the press and competitors; which causes a free-for-all involving double-crosses, extortion, blackmail and any other reprehensible action one can name; for one to steal the mantle of Pearson from under him.

Does the geezer formula work in the present times? Unfortunately, the formula has aged quite badly and will pinch more than a few nerves with its non-PC humour. The comedy can be overstated and border on downright racism, which will leave a bad taste on many viewers. Asians, African-Americans, Jews and more are set up to be targets and punchlines and what is worse is that not only are the gags stretched to breaking point — a gag involving someone being called a “black bastard” and whether or not that is racist — but they are stolen from other projects i.e. the gag with the name Phuc is a gag from the teen comedy Superbad, the particular use of a pig is from the anthology TV series Black Mirror and of course, Ritchie’s insistent cribbing of the classic British crime flick The Long Good Friday (including the ending!) — which thankfully is not as blatant as it was in Rocknrolla.

In hilariously dark and acerbic films like In Bruges — which The Gentlemen cannot help but be compared too, Colin Farrell‘s presence notwithstanding — the humour and bad behaviour at least informed the characters and did not feel like it was just non-PC gags done for the sake of being shocking. In the case of The Gentlemen, not only are the characters barely rank as two-dimensional; it feels like Ritchie (and his screenwriters Ivan Atkinson and Marn Davies) just felt privileged and self-satisfied to make such jokes just because they wanted to stand out; especially during the times of the incoming Brexit.

There is a post-modern feel to the storytelling as if Ritchie knows what he is doing and points out the foibles in his style via Grant’s character, but in order for such storytelling to work, there needs to be more than doing the same thing and pointing out that you are doing so without the story coming off as annoyingly retrograde. Like Kermode used to say: post-modernism means never having to say you’re sorry.

Even when the film looks like it could work, the complacent feel in the storytelling kills it stone-dead. The nadir of the film is a sequence when Grant and Hunnam narrate a scene involving Jeremy Strong and Henry Golding conversing to each other in Mandarin, but what the two former characters decide to do to tell the story behind the scene is to provide voiceovers ala bad English-speaking dubbing like in old martial arts films. To have racist jokes like this in 2019 is not only offensive, it’s just cheap. It also features Tom Wu returning again playing a character named George like in King Arthur: Legend of the Sword because it supposedly sounds funny. Really?

The smug feel and racism within the film is a tremendous shame because the cast try their very best with their roles. McConaughey brings the slick charm and grittiness to the part of Mickey; Hunnam is great as the mannered and menacing Raymond — who is the only character in the film that can be seen as civilized while Golding expands his acting range with good results by playing a scumbag with a “ricence [sic] to kill” — That gag is in the film! — by the name of Dry Eye.

Strong plays Berger so weaselly and slimy, he would leave a trail everywhere he walks; Eddie Marsan goes pantomime bonkers as the newspaper editor while Grant is an absolute hoot as the greedy, camp journalist who is gleefully squeezing every ounce of opportunity to get rich — which Grant himself detests for his Hacked Off campaign. On the lesser end, Farrell is amusing in his role as Coach but comes off as inferior in comparison to his roles in his films with Martin McDonagh; while Michelle Dockery is given little to do but dress in striking costumes and unfortunately, her character is written as a damsel in distress including implications of sexual violence.

Overall, The Gentlemen does amuse at times thanks to the efforts of the cast. It is too bad that it adds up to less than the sum of its parts due to its aggressive self-referential attitude and its blatant racism. It should have done what gentlemen usually do: minded its manners.