Film Review: Street Gang: How We Got to Sesame Street is a nostalgic look at all those sunny days 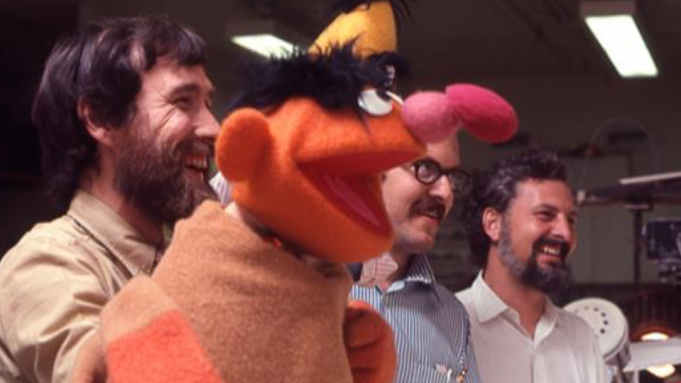 For most people, the opening chords to Sesame Street theme song “Sunny Days” will bring back a surge of memories. Sesame Street recently celebrated its golden anniversary, and was a staple for many growing up. The revolutionary kids’ show has already inspired many documentaries, including Sesame Street: 50 Years of Sunny Days and the puppeteer-focused I Am Big Bird and Being Elmo. Street Gang: How We Got to Sesame Street is the latest in this line of excellent documentaries, giving viewers a behind-the-scenes look at the iconic show.

Marilyn Agrelo directs, based on the book Street Gang by Michael Davis. Sesame Street was the brainchild of Joan Cooney and Lloyd Morrisett, who wanted to create a children’s show that would educate and entertain. They received a substantial grant to develop this and a classic was born.

There are some viewers who may think of Sesame Street as childish, and solely about teaching kids how to count and the letters of the alphabet. This film proves that this was not always the case, with the program breaking down barriers with its racially integrated cast (including interviewees Sonia Manzano and Emilio Delgado a.ka. Maria and Luis), and the first African American Muppet, Roosevelt Franklin (who was created by the show’s original Gordon Matt Robinson). It also delved into other deep issues, including the famous episode where the characters explain death to Big Bird, following the passing of Will Lee who played Mr. Hooper.

Archive clips from the show feature throughout, and they include all your favourites, as well as a selection of guest stars including Steve Wonder, James Taylor, Rev. Jesse Jackson and Johnny Cash. These clips are an absolute joy to watch – along with the hilarious Muppet bloopers – and will make you search old videos so you can continue this bliss long after the credits roll.

The film also looks at the key players who lived and breathed Sesame Street. This includes the show’s writer/director, Jon Stone and puppeteer extraordinaires Jim Henson, Frank Oz and Caroll Spinney. Who doesn’t love the fact that Spinney played both Big Bird AND Oscar the Grouch?

With a focus on the first few decades of the program, things end with Jim Henson’s passing in the 90s. Oz is not interviewed here, though two of Henson’s children contribute, along with Spinney. While a lot of terrain is covered, with over 50 years of history, a whole series could have been devoted to this show’s rich and colourful history.

The masterminds behind Sesame Street’s music also get their dues – though they’re both so interesting they could easily carry their own films. Christopher Cerf was an accomplished melodist who wrote classics like “Letter B” to the tune of The Beatle’s “Let It Be” and “Barn in the U.S.A” in homage to Bruce Springsteen. The former culminated in a $5m lawsuit that got dropped thanks to none other than Michael Jackson – Google this one, it’s fascinating! The show’s other composer, Joe Raposo, had written previously for Broadway, and was behind classics like “It’s Not Easy Being Green” and “Put Down the Duckie,”. The latter is a wonderful ditty that the cast and crew sing during the credits.

Sesame Street was quite the experiment at the time, but one that paid off, becoming an important part of children’s TV programming. Street Gang happily celebrates all this, resulting in a film that is warm and highly smile-inducing. I defy anyone to watch this and walk away like Oscar the Grouch – it’s just not possible!

Street Gang: How We Got to Sesame Street is now available in select cinemas and on digital.