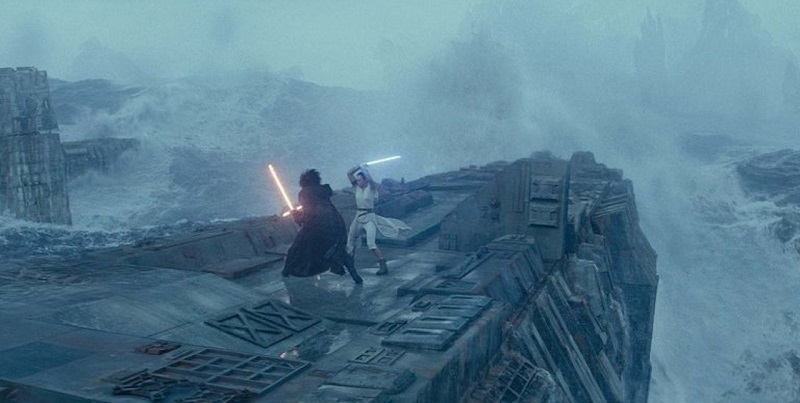 Who would have thought that the space opera that is Star Wars would span 42 years, multiple generations of fans and be the tentpole blockbuster series and franchise behemoth that it is today. It began with A New Hope in 1977 and the introduction of Luke Skywalker. It ends with The Rise of Skywalker in 2019 and the culmination of Rey’s journey. In between there have been seven other films, some phenomenal, some terrible but it’s been nothing short of a legendary saga. There is no denying the impact of these films which will obviously leave an impression and continue to inspire, but where this iteration lands on the scale is probably not as high as what people want.

Supreme Leader Kylo Ren (Adam Driver) is on a mission, trying to find a mysterious artefact called a Sith Wayfinder, that will lead him to the secret lair of Emperor Palpatine (Ian McDiarmid). Long since thought dead, Palpatine is intent on coercing Kylo Ren further to the Dark Side, and demands he find Rey (Daisy Ridley). Rey is furthering her training to become a jedi under the tutelage of General Leia Organa (Carrie Fisher) whilst the Resistance continue to try and fight against the First Order. Poe (Oscar Isaac), Finn (John Boyega) and Chewbacca (Joonas Suotamo) are charged with finding out about a hidden spy in the ranks of the First Order. So begins an intense cat and mouse chase as Rey tries to stay out of the grasp of Kylo Ren but also trying to find a way to help the Resistance by stopping Emperor Palpatine once and for all.

It is a heavy weight to not only have to complete the current trilogy but to also tie off some of the stories of characters from the earlier films. Director J.J. Abrams returns to the helm after some initial production problems and joins Chris Terrio to work on the screenplay. The arcs for both Rey and Kylo are worthy and feel complete here. Their relationship and their connection through the Force is at the core of this movie. And when we are following their story, watching the performances by both Ridley and Driver are thrilling. But individually the characters also feel awkward due to the fact that much of what Rian Johnson set up in the previous movie The Last Jedi is ignored. Importantly though, the film focuses on the need for hope in dark times, something that Abrams seems to have used as this films touchstone, rather than the generic good versus evil.

There is a lot of fanservice on show too, scenes and moments that look remarkably like what we’ve seen before. Rey scaling the ruins of an old Death Star mirrors the first time we meet her, scavenging the insides of an old Star Destroyer spaceship searching for parts. An epic lightsaber battle battle between Kylo and Rey because every Star Wars film has to have at least one of those. A bunch of Stormtroopers getting mown down by our heroes in a daring escape from an enemy ship, check. The inclusion of Carrie Fisher posthumously through some previously unused footage mostly works, and the return of Billy Dee Williams’ sassy Lando Calrissian reminds us why we all still sorely want that Lando solo movie.

Another hallmark of Star Wars is its ability to showcase a variety of planets and lifeforms. Early in the film, Poe piloting the Millennium Falcon in a dangerously daring maneuver goes lightspeed skipping and we get momentary clips of these wild new places throughout the universe. We stop by yet another desert planet, or a planet riddled with tsunami like waves, or a mountainous planet with snow drifts or a jungle planet; all giving us a real sense of the breadth and depth of the galaxy. Throughout it is underscored by John Williams’ iconic music, and here he even intertwines various character themes into medleys that then rise and swell into one bombastic tune.

The film though does struggle under its own weight at times. There is a lot happening in the first act and it definitely feels rushed as we charge toward that inevitable finish line. Some of our established characters that we’ve already met, like Kelly Marie Tran’s Rose Tico or Lupita Nyong’o’s Maz Kanata are forcibly sidelined due to needing to meet new people in different locations. The glaring omission of explanation surrounding Palpatine’s survival is also something that still niggles away at the plots own logic and continuity. For a film that is so jam packed full of stuff, it also can sometimes feel a little hollow. The lack of any real risk taking also makes for a film that feels safe and secure. Interestingly enough going back and re-watching The Last Jedi, I’ve actually come to appreciate more how Johnson took such a leap away from the traditions of Star Wars to bring us something so fresh.

When Star Wars: The Rise of Skywalker focuses on our two leads in Rey and Kylo Ren, the film has an energy and excitement to it that is engaging. The fan service will tug on the heart strings and gut punch you in the emotions in both expected and unexpected ways. It’s far from a perfect film, and it lacks the true “wow” factor that the ending to a nine film saga deserves. But pleasing so many was always going to be an uphill battle with a fandom as large as this one.

Star Wars: The Rise of Skywalker is out in Australian cinemas now through Disney Pictures Australia