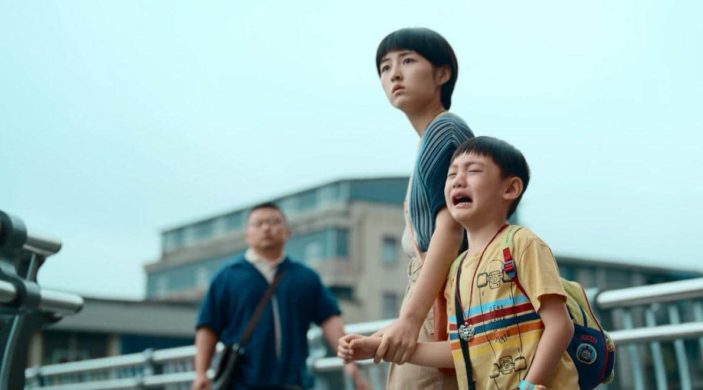 Sister tells the story of An Ran (Zhang Zifeng), a nurse who is on a strong career path to become a doctor and move out her home and go to Beijing as a full-time student. She is estranged from her family due to the ongoing fact that her parents always preferred a son over her. But during her days at university, her parents had given birth to a son An Ziheng (Kim Darren Yowon), whom Ran is unfamiliar with nor does she care about him.

But a tragic car crash ending up with the death of their parents changes the lives of the two siblings forever. With a sudden and unexpected filial pressure and obligation that could destroy her career course, Ran has to put up with the fact that she has to care for Ziheng; even with her work shifts at the hospital, her studies, her family interventions including her auntie (Zhu Yuanyuan) and her uncle (Xiao Yang), her grudge towards the other driver of the car crash Zhong Yong (Duan Bowen) and her relationship with her boyfriend Zhao Ming (Liang Jingkang).

The relationship between Ran and Ziheng starts off as disastrous since Ran wants nothing to do with him and considers him deadweight. But over time, their bond becomes stronger despite Ran’s strong consideration to put up Ran for adoption.

Sister is the sophomore effort from filmmaker Yin Ruoxin; whom has come from humble beginnings with her first film White Sun (2020). Now, she is known for being the filmmaker that had knocked out box office juggernaut Godzilla vs. Kong off the top spot at the Chinese box office to become number one. With a well-worn premise and small and relatable themes in its story, does the film earn its reputation?

Firstly, lead actress Zhang is fantastic in the lead role of Ran. Already the acclaimed rising star thanks to her roles in the compelling drama Last Letter as well as her television roles, Zhang inhabits her with honest dignity without ever having to excuse the character’s brash actions with narcissism or trying to be likable for the audience. The character arc that Ran goes through is a simplistic one but Zhang makes the trek earned; even with the conclusion in tow.

Secondly, the supporting cast ably play their roles with compelling ingenuity (Zhu is startlingly heartfelt, Duan is capably understated and stricken while Xiao is believably impulsive) while Yowon is very good in the role of Ziheng. Free from the confines of acting towards the camera as well as false screenwriter constructs, Yowon manages to do what child actors fail to do in front of the camera: be a regular kid. It also helps that the bond between Zhang and Yowon is a compelling one that rarely veers towards sentimentality even if the filmmakers cannot help themselves from making it so.

Thirdly, director Yin and screenwriter You Xiaoying (best known for her screenwriting work in Sylvia Chang’s drama Love Education) manage to do a commendable job balancing the conflicts of both character and story. The filmmaking on display may not always be the most subtle of approaches (the musical score can be quite overbearing, the hand-held cinematography can be quite distracting), but it gets the message of the film across well enough that it nevertheless is effective.

Whether it is the rule of government thumb involving the one-child policy, the filial pressure of bearing a male child, the constant barrage of abuse through toxic male masculinity, family estrangement, ongoing grief, abhorrent misogyny, child abuse; Yin and You manage to dole out most of these themes implicitly as well as explicitly to engaging effect.

However, there is a polarizing caveat in the film which involves the ending. With a lot of China film productions, the film studios tread carefully in order to avoid upsetting Chinese censors. Any hint towards criticism of the Chinese government would most likely make the film undergo censorship that would hinder the film’s message. In the case of Sister (without going into spoiler territory), the lead character makes a decision involving Ziheng that could possibly anger the audience, particularly in the case of women. It is definitely an ending that will get people talking (it has many people talking in China right now) and it might not be all for the right, if noble reasons.

Overall, Sister is an engaging piece of work. Although the film is quite predictable, occasionally overwrought and unfortunately pulls its punches in the end, the film does succeed in being emotionally stirring and even thought-provoking thanks to wonderful a performance from Zhang Zifeng and its social commentary in regards to government regulations and patriarchal rule. Recommended.

Sister is showing in cinemas now, courtesy of CMC Pictures.