Film Review: Richard Jewell is a mostly successful return to form for Eastwood as Hauser shines 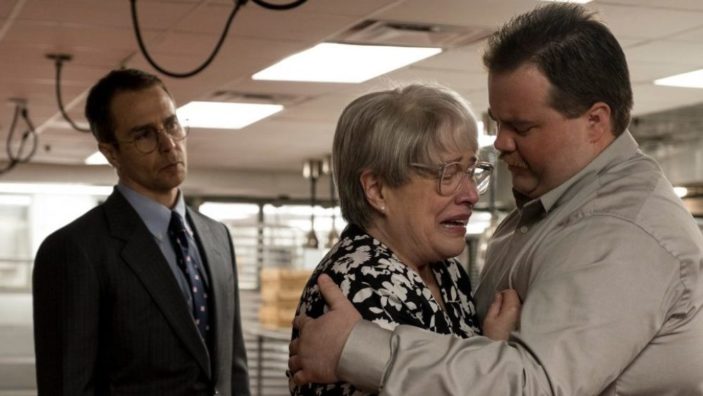 There are few better ways of getting audiences into the cinema than to provide an underdog story. Even superhero films such as Avengers: Endgame (2019) are in their very nature an underdog story; triumphing over adversity and injustice. But the icing on the cake for such stories is that if the film is based on a true story and that is where the film can really succeed in its crowd-pleasing commercial elements.

Director Clint Eastwood has quite a resume of overall great work over his decade-spanning career. Ever since his debut Play Misty for Me (1971), he has made films that honoured the Westerns and crime stories — genres that he had worked on in an acting capacity that kickstarted his fame —  to stories that highlight the resilience of the human spirit eg. Changeling (2008), Million Dollar Baby (2004), Sully (2016) and recently The 15:17 to Paris (2018).

Considering his work, it sounds like Eastwood would be the perfect candidate for adapting the story of Richard Jewell (2019) to the big screen. Packed with a talented cast and a true story that tackles all of the pet themes that Eastwood has tackled before; does the film Richard Jewell succeed?

Paul Walter Hauser stars as the titular character; a portly, steadfast and humble man with aspirations to become a dedicated member of law enforcement. The film follows his story from  his humble beginnings from his burgeoning friendship with attorney Watson Bryant (Sam Rockwell); to his first stepping stone as a security guard at a college.

After being fired from the job due to after multiple complaints of acting beyond his paygrade, he moves in with his mother Bobi (Kathy Bates). The film moves to the year 1996, where he works as a security guard at the Olympic Games, monitoring Centennial Park.

On the clock, he finds an unattended bag and he intuitively claims that the bag may be dangerous; which results in the detection of an incendiary device. As numerous authorities try to move concert goers away from it, the bomb detonates; killing numerous people; but not as much as it could have been. Since the tragic event, Jewell is declared a hero by the public.

But under the eyes of the FBI, headed by Tom Shaw (Jon Hamm) who was also at the event with his officers; he starts an investigation on Jewell; on the grounds that Jewell fits the profile of prior perpetrators committing similar crimes, who sought fame by rescuing people from a dangerous situation they caused themselves.

Through a media leak (?) under the shadow of tenacious journalist Kathy Scruggs (Olivia Wilde), Jewell and his loved ones are shrouded by abusive scrutiny from both the public and the law that Jewell fought so hard to be a part of. Will Jewell manage to clear his name and prove his innocence?

Does the film succeed as a compelling retelling of the inspiring true story as well as a crowd-pleasing underdog tale? Richard Jewell is a very good effort from director Eastwood as it presents what made his past films so great: fantastic acting, unfettered storytelling and the cinematic portrayal of the human spirit that is free of artifice. But there are some major flaws that prevent the film from being Eastwood’s best.

While the film does have the trope of heroism that Eastwood loves to dissect, the story also has implications that prove prescient like how the media presents “fake news”. It definitely sounds like something Eastwood would focus on but he meshes the two in a compelling manner that manages to both expose the hypocrisies of hero worship as well as examine the definition of what it means to be a hero.

Eastwood conveys the idea of heroism as anything but bulletproof; how easy it is for it to be destroyed by planting ideas of doubt. The idea is also rendered murky with the characterization of Jewell, as he displays a cockeyed optimism on life and especially law enforcement, which frustrates those who supports him i.e. his mother (Why are you defending them?!) and his friend Wyatt, who berates Jewell to the point of silencing him.

What is unfortunate and rather ironic is that the characterization of Scruggs is not only cartoonish in comparison to the rest of the film but rather scabrous (and sexist) to the point that it sullies the reputation of Scruggs, much like the sullying of Jewell’s reputation in the film; making the film feel rather duplicitous. It is a real shame that it has this red dot of a flaw since the other elements of the film work so well.

The acting from the cast is stellar from top to bottom. Say what you want about the problematic characterization of Scruggs, but the criticism should not be aimed on Wilde’s performance. Her work is perfectly in line with what Eastwood was going for; it is just unfortunate that her efforts feel like it was misplaced in the wrong film.

Rockwell diverges away from his past roles of playing racists and narcissists by playing a loyal and supportive friend to Jewell; displaying charisma and nuance without making his character into a cipher put in to criticize the media. Bates is heartfelt and wholesome as Bobi, the mother of Jewell; while Hamm is good as Shaw, capably displaying anger and remorse; convincing himself that Jewell is the perpetrator; blurring his point of view of what fits in the big picture and what is right.

But the real gem of the film is Hauser. Since gaining acclaim from his scene-stealing roles in I, Tonya (2017) and BlacKkKlansman (2018); he has been known for playing delusional characters that are frankly the opposite of what he is supposed to play in Jewell. But it creates an interesting dichotomy that complements what Eastwood is going for in his incisive approach to heroism.

During the film, Jewell is asked if he is a member of the KKK (which Hauser has played in Klansman) and is portrayed as delusional by the media (which Hauser was in Tonya), despite the fact that he has displayed professionalism in his work. With Hauser’s filmography in the back of one’s mind, it only makes Hauser’s performance even more compelling. He manages to convey Jewell’s optimism without coming off as histrionic nor jarringly comedic; and displays remarkable subtlety as a man who is struggling to repress his anger over the major predicament Jewell is in.

Richard Jewell is a mostly successful return to form for Eastwood that overcomes its questionable characterizations and flawed execution of its arguments thanks to its great performances; an interesting dichotomy between Hauser’s portrayal and his filmography and an incisive look on heroism. Recommended.