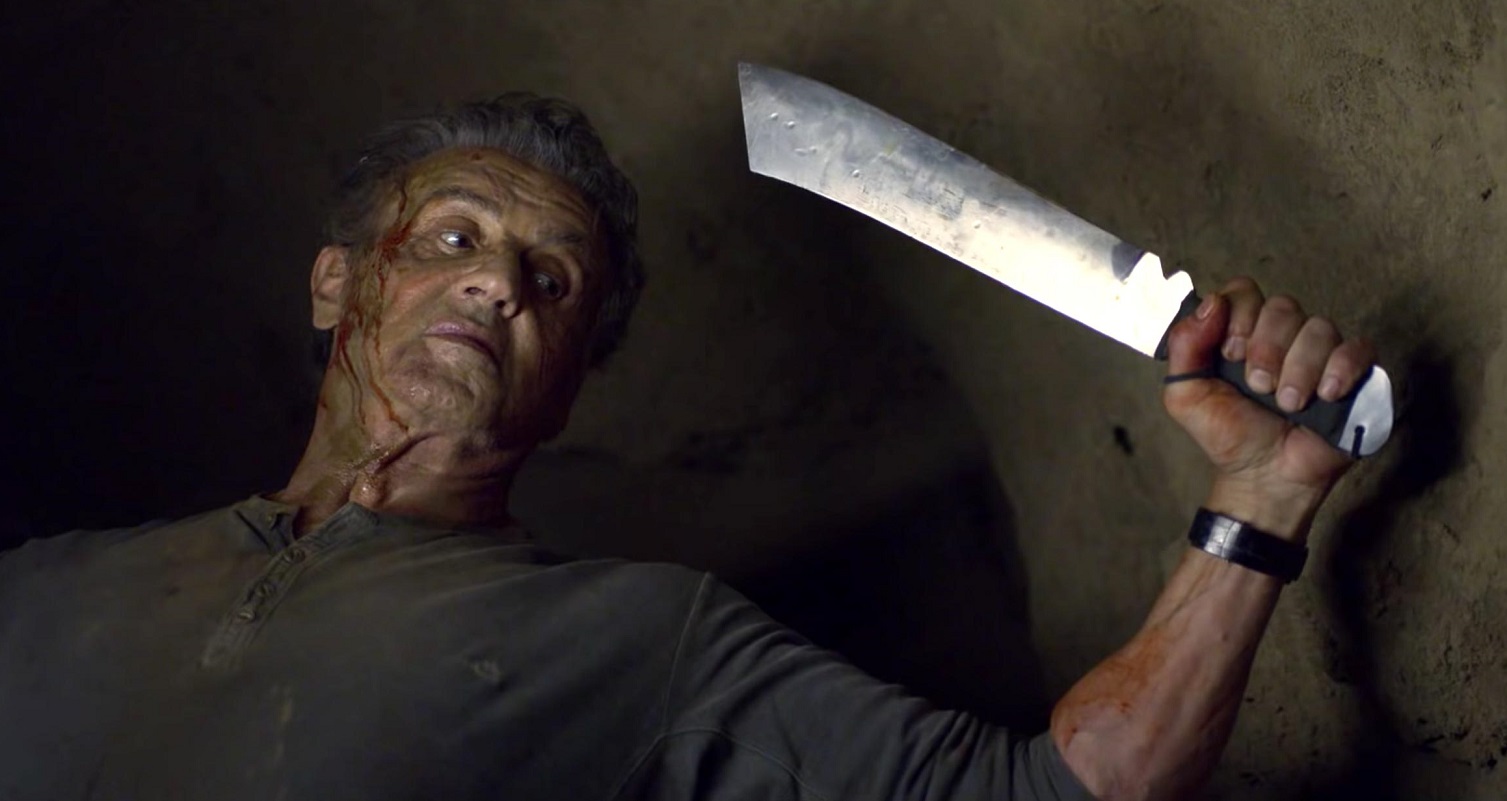 Beginning in 1982 with First Blood, then 1985’s Rambo: First Blood Part II, 1988’s Rambo III, then 2008’s Rambo, 11 years later the Rambo saga is releasing a fifth and final film to close out the iconic action hero’s story. Originally adapted from John Morrell’s novel First Blood, it centres around the character of John Rambo. A US Army veteran who served in the Vietnam war and uses his combat skills to fight his enemies. The previous films examined the ingrained trauma suffered by Rambo but also contrasted it with ever increasing over the top violence and action. This time they’re trading in the wilds of the Thailand jungles and the Afghanistan desert for the streets of Mexico and his home in Arizona.

John Rambo (Sylvester Stallone) has retired to his father’s horse ranch in Arizona with his family friend Maria (Adriana Barraza) and his niece Gabrielle (Yvette Monreal). He spends his days training horses, digging tunnels and on the odd occasion assisting the local police department in tracking missing people in difficult forest terrain. Gabrielle is about to leave to go to college, but in an act of teenage rebellion runs away to Mexico to find her biological father. When she doesn’t return home, Rambo goes looking for her, only to come head to head with Hugo Martinez (Sergio Peris-Mencheta) and Victor Martinez (Oscar Jaenada). Rambo, bent on revenge for what the Martinez Brothers have done to his family, is out for blood.

Director Adrian Grunberg; whose credits are mostly Assistant Director roles on shows such as Narcos and Sense8 and films Jack Reacher: Never Go Back and Apocalypto; steers the film across two very distinct halves, the first is a drama, the second an all-out action fest. This structure means the front end has some similarities to the first two Rambo movies in style. Whilst the back end with its over the top brutal violence probably feels a bit like the third and fourth films. The screenplay by Matthew Cirulnick (Absentia tv series) working with Stallone opts to keep it fairly simple. While all the performances by the supporting cast are fine, but there’s nothing exemplary on show.

We get to see Rambo attempting to deal with his post traumatic stress disorder the best way he knows how, by isolating himself. The first half is loaded with drama, lengthy scenery shots and Rambo distracting himself with work to keep the demons in his head at bay. Something that makes it feel a little similar to Logan or Unforgiven thematically as we see our action hero coming to the end of his journey and trying to reconcile all the death and carnage in his life. It feels like a genuine attempt to make him more complex than just a rampaging soldier.

But this wouldn’t be a Rambo movie if we also didn’t see him mowing down his opponents as he goes about his mission. The difference here is that the mission is personal and you can bet that will mean he takes no prisoners. Now obviously a man in his 70’s isn’t going to be able to win all the battles, in fact he’s on the receiving end of a pretty horrific beating, but that only serves to make him angrier. The very necessary montage sequence of him using all his guerilla tactics to fortify his home and prepare for the big showdown isn’t disappointing. But it’s obvious it’s also fan service, with the iconic bow and arrow and machete making appearances, all we needed was the red headband too. The moment the cartel arrive to try and kill Rambo you immediately think to yourself “you guys are going to get wrecked”, and you’d be right.

Fan service and dramatic introspection aside there are some problematic issues with this film. The glaringly obvious one is the choice of villains, or more specifically their nationality. Each of the Rambo movies have opted for a villain of the time, but pitting a Mexican cartel against our protagonist during this current political climate in the US is sketchy at best and racist at worst. Then there’s the character of Gabrielle, who has no real agency and is promptly fridged, purely so we have motivation for our hero. Both of these things sat uneasily with me, however I doubt they’re really going to cross the minds of most action movie fans, and even if they do, they won’t be dwelled upon.

The film being helmed by a director with limited experience and a screenplay by somebody with a handful of credits does show its limitations. The film lacks the emotional oomph and gravitas that say a movie like Logan was able to deliver by having us empathise with our hero. Leaning too hard into the PTSD and not enough into his connection with the remaining “family” he has left. The action sequences and fight scenes are excellent and brutal to watch, something that will keep the testosterone driven male dominated fans happy. But the balancing act feels a little off, with not enough heart and too much gruesome violence and all the drama at the beginning rather than being redemptive at the end.