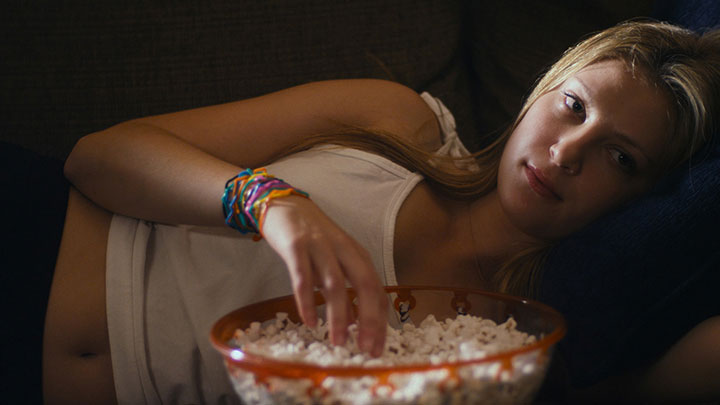 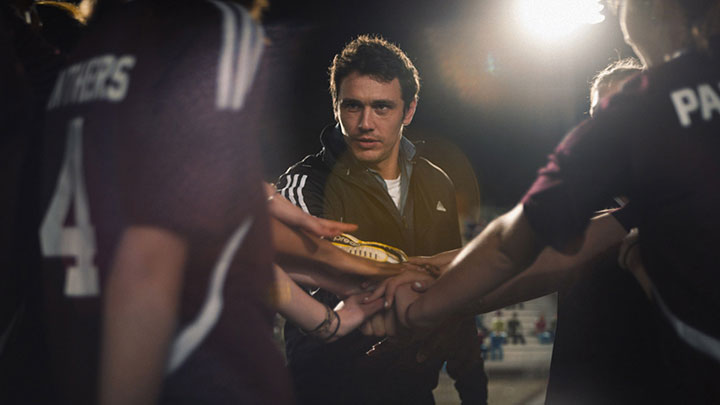 In the privileged valleys of north-west California, the next generation are figuring their shit out. Based on James Franco’s linked short story collection of the same name, Palo Alto is the directorial debut of Gia Coppola.

The premise will be familiar to anyone versed in the disaffected-slacker-coming-of-age genre: boys do stupid things, with pyrotechnics, alcohol and/or girls’ feelings, while girls are the impassive onlookers, giggling obligingly and waiting be noticed. Short sexual encounters stand in for actual relationships, and in keeping with the stereotype, the girls are generally disposable and interchangeable. Sometimes the clichés are coming so thick and fast, so seamlessly applied, the effect is almost numbing.

The plot centres around April (Emma Roberts) and Teddy (Jack Kilmer) and their cautious courtship alongside a cast of terminally bored sidekicks, all negotiating life, relationships and lethargic parenting.

And while it’s mostly familiar teen-flick territory in terms of its characters, the film’s direction places a lot of responsibility in its young actors to develop these teen archetypes beyond a single-dimension – and they deliver. The full-scale awkwardness is captured in averted eyes, slighty-too-long silences and the genuine sense that part of being a teenager is playing a role, and then not knowing how or where to stop. In particular, a show-stealing performance by Wolff as Freddy has the character slipping seamlessly between hilarious vaudeville and annoying jerk, to reveal glimpses of something darkly painful.

Style-wise, an impressionist approach evokes the heady atmosphere of endless youth. The score is peppered with spacious, layered, synth-heavy music, and tight shots of heavily mascaraed eyes, legs in tiny shorts and mouths toking joints, are interspersed with wide open shots taking in the expansive breadth of white suburban privilege. Long montage-style shots of teens looking dreamily out the window, blowing long streams of smoke and staring at the wall, are cut with jarring acts of vandalism and general recklessness. Yep, it’s a Coppola, all right.

Some heavy-handed moves from the a sleazy coach, Mr B. (James Franco) could have been handled with more subtlety, and even his devastatingly handsome crinkly-eyed smiles can’t hide some very wooden acting. The writing sometimes struggles to hang together, and when plot development seems to have hit a wall with April and Teddy, it changes tack abruptly, veering into unexpected exposition. Meanwhile, remaining loyal to the vernacular of its subjects, it can sometimes feel like actually being in, like, an actual conversation with valley-esque teens.

But it does soar in its small restraints, and this is where Wolff with his desperately sad, charismatic and annoying Freddy excels; that there is little hope for this self-destructive young man is well understood without being made explicit, and the film cleverly saves the verdict on his future for our imaginations. In perhaps the most powerful scene in the film, a staggeringly well-placed, exquisitely tense and restrained piece of screen writing, an interaction between Teddy and Freddy’s father, Mitch (Chris Messina), tells us everything we need to know about Freddy and the way he is.

It’s the kind of flick with cross-over appeal for adults and teens, offering some revealing glimpses into the depth of its characters, and is a discomfiting reflection of what being a teen might be about today.

Palo Alto has an exclusive premiere season at ACMI in Melbourne from 2nd June until 22nd June, 2014. Head HERE for more details. The film will also screen as part of the Sydney Film Festival.