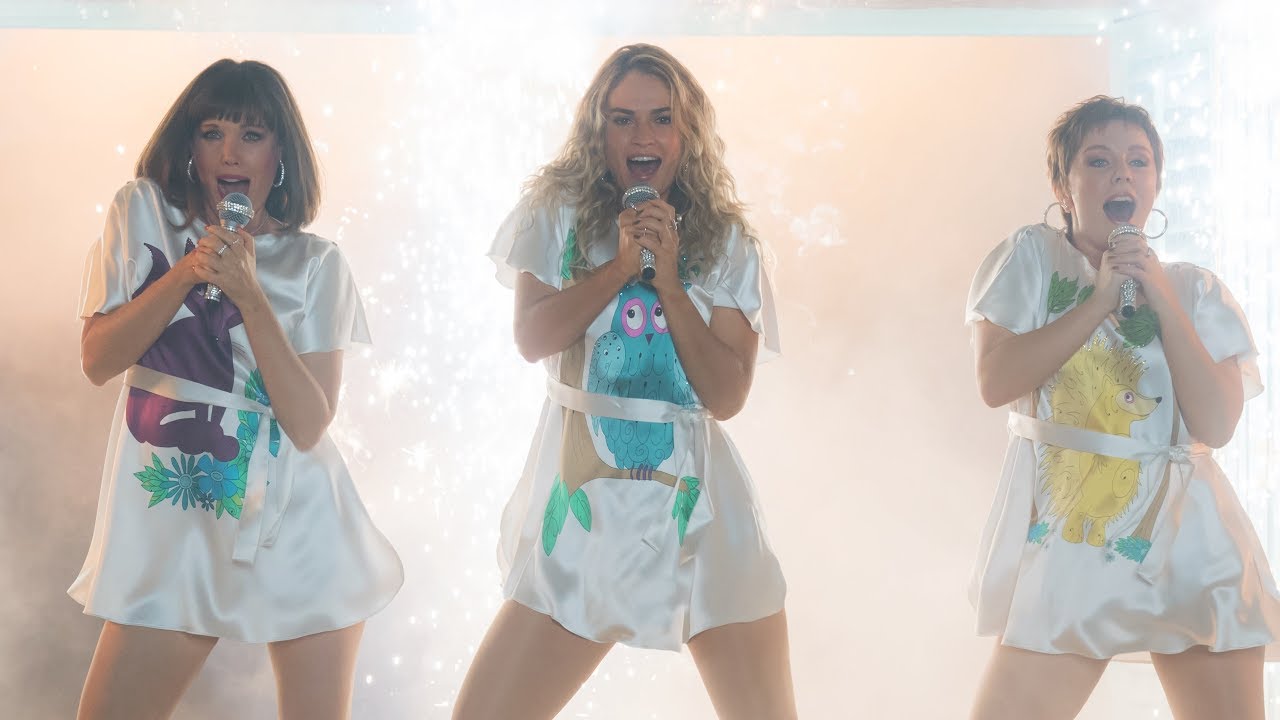 If there was one sequel this year that people did not see coming, it’s Mamma Mia!: Here We Go Again. The sequel to the 2008 blockbuster hit has the entire original cast reprising their roles and we have welcome newcomers into the mix like Cher, Andy Garcia and of course, Lily James.

The reaction from the first film is quite interesting due to the fact that the film wasn’t successful despite the polarizing reactions, rather it was successful because of them. Numerous complaints were due to the lack of plot, the amateur staging and filmmaking, the vocal performances from the cast (which included Pierce Brosnan, who copped the brunt of it) and its sheer optimism.

But people flocked to the film and saw it for its negative qualities… and because the film had ABBA songs in it. British film critic Mark Kermode (who is a huge fan of ABBA) enjoyed the film, despite claiming that it was like seeing A-listers doing drunken karaoke. With the sequel, which has unused ABBA songs, more A-listers and upcoming talents, coming into the picture, will it capture the same lightning in the bottle the original had?

Five years after the events of Mamma Mia!, on the Greek island of Kalokairi, Sophie (Amanda Seyfried) is pregnant with her “Honey Honey”, Sky’s (Dominic Cooper) “Chiquitita(?)”, while running her “Super Trouper” mother’s (Meryl Streep) villa. Her relationship with Sky has been turbulent for some time, giving her cause to call out “SOS”, doubting that she can survive without her mother, Donna, who may have “Slipped Through Her Fingers”.

With Tanya (Christine Baranski) and Rosie’s (Julie Walters) guidance, Sophie says “Gimme! Gimme! Gimme!” to them to find out more of Donna’s past, including how she fronted The Dynamos, started her villa on the island from its dilapidated state, met each one of Sophie’s dads (Pierce Brosnan, Stellan Skarsgård, and Colin Firth), and raised a daughter, without a “Dancing Queen” mother to guide her.

And “When All Is Said and Done”, “Voulez-vous”, Sophie gets an unexpected visit from someone she has never even met: her grandmother, Ruby Sheridan (Cher).

Oh and some singing and dancing ensues…

Since the film is flooding (or in some cases, spewing) with positivity, let’s start off with the good stuff. Director/screenwriter Ol Parker stages the musical numbers with more skill and verve than previous director Phyllida Lloyd (who is credited as producer), as he keeps the camera dynamic and adds stylistic flourishes that give it much-needed pop. The choreography is more intricate, the set designs are more garish and the costumes are more vibrant, lending the film a brimming positivity (or corniness) that is enjoyably reminiscent of 60’s and 70’s musicals.

Parker also does his best to mitigate the negatives that plagued the first film i.e. he delegates the majority of the singer to the young counterparts, rather than the present ones, who were criticized for their lack of singing proficiency, particularly Brosnan. Although he does have a brief, yet effectively melancholic moment where he sings while reminiscing about Donna, that was quite touching.

And this is where the big positive factor that Parker, co-writers Richard Curtis and Catherine Johnson have cooked up. There’s a surprisingly emotional punch, where the film builds a strong connection between the characters and the audience, with themes like family, motherhood, heartbreak, romance, sexism, loss, controlling your own destiny, that gives the film a poignancy that earns its tears. The musical number of “My Love, My Life” with Streep, Seyfried and James is so well-done and Streep, of course, knocks it out of the park.

The newcomers and young established talents all make the most out of their variable screentime. Jeremy Irvine, Hugh Skinner and Josh Dylan are all convincing and charismatic as the young counterparts of Sam (Pierce Brosnan), Harry (Colin Firth) and Bill (Stellan Skarsgard) and even manage to belt out choice numbers with a lot of pep, particularly Skinner in the Waterloo number.

Jessica Keenan Lynn and Alexa Davies are both a hoot, just like their present counterparts, Tanya (Christine Baranski) and Rosie (Julie Walters). Lynn replicates Baranski’s posh attitude accurately while Davies manages to nail the impulsiveness and acerbic attitude of Walters to a T.

But the obvious standout is Lily James. Underused in critically acclaimed films like Baby Driver and Darkest Hour, she finally gets the leading roles she deserves with her talent like in The Guernsey Literary and the Potato Peel Pie Society and here in Mamma Mia!: Here We Go Again. Not only does she convince as being the young counterpart of Donna and she sings and handles the choreography convincingly, she brings much heart and likability to the part that you can’t help but root for her.

There is the location that director Parker had to shoot on, which is a film set, rather than Greek island of Skopelos where the original was shot. Since Parker had to rely on such a set, copious amounts of greenscreen had to be used, and it is absolutely dreadful; making the film look like it was set on another planet. And continuing on the tangent of other planets, the entrance, appearance and singing of Cher is out-of-this-world.

So much so, it creates a continuity error from the first film, which states that she was an angry Catholic and dead. But who cares?! It’s Cher and she gives a predictably entertaining performance where she makes fun of herself, ala her performance in the 2003 comedy, Stuck on You.

Overall, Mamma Mia!: Here We Go Again retains the spirit of the original whilst having a few substantial surprises, the original cast having loads of fun and the newcomers lending a new sense of energy to the proceedings, especially Lily James, who is a pure joy. It’s a sequel that is so well-done, it makes you appreciate the original more in retrospect and considering the times we live in, it could not have arrived at a better time.

Mamma Mia!: Here We Go Again is in cinemas now.