Film Review: Here Out West shows a rich tapestry of multicultural Australia that we rarely get to see on-screen 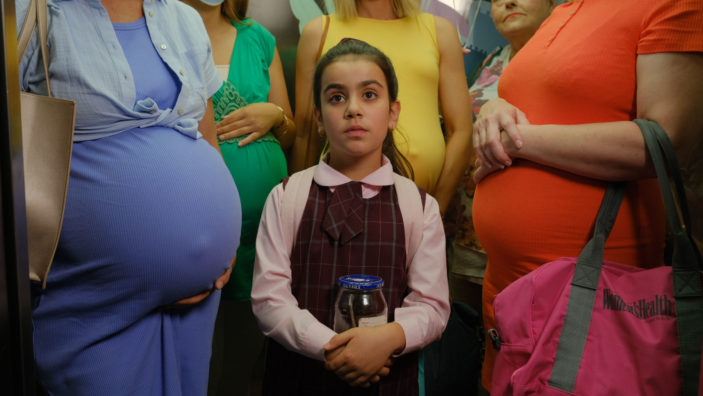 Set in present-day Western Sydney, Here Out West starts off following the story of a grandmother, who is visiting her daughter who had just given birth. The grandmother is stuck with babysitting an 8-year old neighbour and they both make a trip to the hospital. However, the relationship between the grandmother and the daughter is estranged and to make matters worse, authorities deem the daughter to be unfit to take care of the baby.

In an act of impulse and desperation, the grandmother kidnaps the baby and both her and the neighbour escape. Her audacious action sets off a disparate yet linked set of events and the film follows the stories of numerous characters who become affected.

Eight stories were written by eight screenwriting teams. As is the norm with anthologies, they are inconsistent; with highs and lows that define the quality of the final product. And the film Here Out West is no different. Fortunately, the film works as an anthology as well as a talent showcase. There are no true duds in the bunch and all the contributions make a positive impact in bringing powerfully succinct and diverse tales through heart and humour.

Whilst some stories aim for a dramatic bent that focuses on the trials and tribulations of people of colour in Australia via racism, assimilation (The Musician), family reconciliation (The Eternal Dance), peer pressure (Brother Tom) and independence (Closing Night); some stories aim for humour that borders on almost farcical at times. Brotherhood and Closing Night being the most comedic segments of the film all stand out due to the humour that is born from characters that are easy to relate to whilst conveying a much-needed insight into the characterizations.

The more dramatically devastating stories like The Musician, Everything Changes and especially The Long Shift also satisfy due to how understated they are. The mood and pacing fit the convincingly taciturn performances as the characters brood over their predicaments like trying to assimilate their lives in Australia whilst trying to retain their hopes and dreams. It also helps that the entirety of the film has an assured sense of pacing that makes the anthology have an even and cohesive keel; making the segueing from story to story feel smooth instead of jarring like most anthologies. The technical qualities also bring enough of a cinematic sheen that lends power to the visual storytelling. For example, the colour scheme in the restaurant shown in Closing Night feels both inescapably warm and tawdry; complete with yellow, murky colours.

What also shines through in the stories is the sliver of empathy it has for families. All the screenwriters’ contributions have a personal ode they want to convey and they shine through eg. How characters speak to their parents, characters appreciate the sacrifices the parents made or how ‘home is where family is’. In addition, it is admirable and respectable that the film aims for changing what it means to be an Australian; especially in the eyes of migrant people of colour and the smack of authenticity shines through, an example being the mash-up of languages that our migrant leads speak.

Overall, Here Out West is an impressive piece of work that highlights the multiculturalism of new Australian talent. It provides a dramatically compelling and illuminating collection of stories about the lives of diverse people in Australia through the eyes of compassion and human empathy.

Here Out West is showing in cinemas now, courtesy of Co-Curious and Emerald Productions.