Film Review: Freaks is one of the best genre surprises of the year 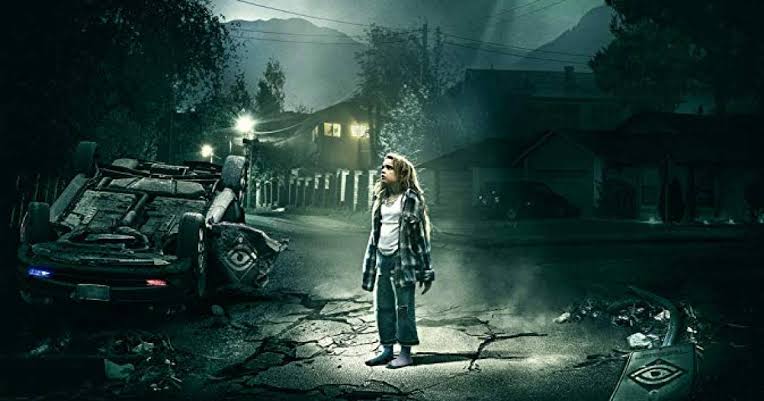 One of the pleasures of watching films is the feeling of surprise and enjoying the journey and not knowing where it will lead you. In other words, a little mystery goes a long way. In the case of Freaks by co-directors Adam B. Stein and Zach Lipovsky, it comes with an interesting premise that has all the right elements in place for an engaging potboiler: family drama, unknown forces, wonder and exploration through the eyes of a child, shades of horror and fantasy and a great cast consisting of character actors and newcomers. Will Freaks surprise and awe audiences once all is revealed?

Child actress Lexy Kolker stars as Chloe Lewis, the young, precocious daughter of Henry Lewis (Emile Hirsch); both of whom live in a dilapidated, broken home in a quiet, content existence. But a few things come to Chloe’s mind as she becomes bored of her current surroundings, longs for love and starts noticing a few things. Her father prevents her from leaving the house or from even looking outside their boarded-up windows; which brings his state of mind into question. She has nightmares; seeing a woman locked in a closet — referred to as the ghost– and when she asks her father about her mother but he often dodges the subject.

Chloe notices other girls playing outside, living free and having fun, making her mull over whether she is a normal girl or not; and she also hears the tune of an ice cream truck, driven by Mr. Snowcone (Bruce Dern), which scares and also interest Chloe due to her inkling of ice cream. After a fight with her father involving the disappearance of her mother Mary (Amanda Crew), she escapes the house and goes along with Mr. Snowcone, bringing her into an adventure that will change their lives forever.

A satisfying genre-hybrid of family drama, science-fiction, backwoods horror and dystopian suspense; Freaks is one of the best surprises in genre cinema of the year. Directors Stein and Lipovsky are evidently cineliterate [sic] — many references to other genre classics that will spoil the film if they were mentioned — and while the elements of the film are familiar, the two manage to make them feel new again; all within a story that is surprisingly heartfelt and dramatically sound.

It helps that the storytelling is surprisingly assured and it never feels incoherent or bifurcated, even when it jumps from genre to genre; thanks to the choice for the story to be told through the eyes of Chloe, as Kolker is on-screen for almost the entire runtime. The first act sets up the pieces in a cryptic fashion but it never annoys or frustrate because Stein and Lipovsky frames it in Chloe’s perspective; lending the film a sense of Grimm fairy tale wonder and danger.

The cinematography by Stirling Bancroft does wonders in portraying the claustrophobic feel of the Lewis house; it looks as if it was filmed inside a fishbowl. When the film explores outside the house, the production design is convincingly sparse — considering the dystopian trappings — it is filmed in an overly bright manner that it looks more like a theme park than an actual suburb; capturing the perspective of Chloe perfectly.

Unlike most movies where they hit their peak long before the story reaches its climax, Freaks is a film that gets progressively better as it moves along. When the story revelations kick in the second act, the story becomes more involving and thought-provoking as it touches on themes like diversity, persecution, discrimination and even vivisection. But the film does not take the easy way out by making their film an allegory for either of those themes, but to utilize them in a way as to how it effects the father/daughter relationship.

As for the action scenes, it is nice to see a film where budget restrictions inspire imagination in filmmakers. Although there not that many considering the budget, they are executed with enough imagination to be very effective. One particular set-piece in the climax involves the use of two different locations thanks to the clever, intricate editing by Sabrina Pitre and the striking sound design, it becomes thrilling and unpredictable as the unknown forces begin to set foot into the lives of the Lewis family.

But the genre-hopping for such a premise would not work if it were not for the talented actors. Hirsch and Dern are fantastic as the father figures in Chloe’s life, as they both portray their unique paternal instincts, develop great rapports with Kolker and provide enough mystery and menace with their presences that will make audiences question if they have any ulterior motives. On the female quotient, Crew makes the most out of her screentime as the absent Mary while Grace Park is a forceful presence that manages to provide a compelling counterpoint to both the lead protagonists as well as the unknown forces.

But the real star of the film is Kolker. Far from being inexperienced — due to her TV appearances in Agents of S.H.I.E.L.D and Shooter — Kolker convincingly displays a wide range of emotions that signals a maturity beyond her years. She never falls for the traps that most child actors fall in — acting obnoxiously to the camera, being all cutesy and coming off as a screenwriting construct —  and carries the weight of the film on her shoulders with remarkable ease.

Overall, Freaks is genre cinema at its best; a film that is not fueled with a high budget and loads of pyrotechnics, but a film that has a heartfelt family story jam-packed with complex themes, wonderful performances and confident direction that makes the genre tropes feel new and exciting again. Highly recommended.

Freaks will be available on DVD on December 11th.