Film Review: Dogs Don’t Wear Pants: In case Fifty Shades was too safe for you… 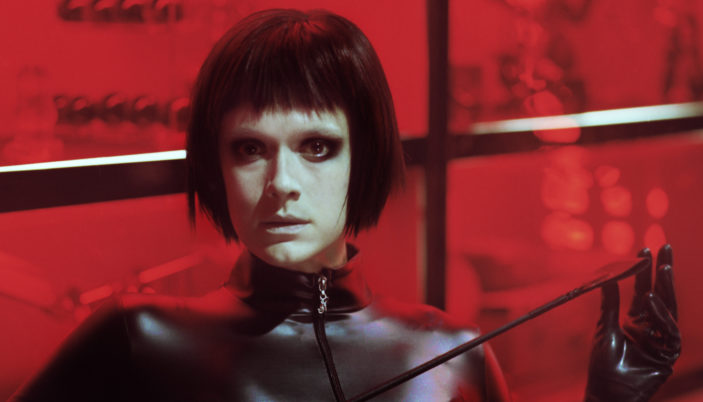 In case the filmic version of Fifty Shades of Grey was ultimately a little too safe in its actuality compared to the near-porn mentality of E.L. James’s novel, J-P Valkeapää‘s striking Dogs Don’t Wear Pants stands as something of a reparative.  And as much as the bold, dark comedy intends to shock its audience, this remains an alarmingly sex-positive and quite introspective film that normalises both the professional world of BDSM-inspired employ and the clientele that indulge their senses.

A film that works far more than its premise suggests, Dogs Don’t Wear Pants begins on the most sombre of notes as an idyllic lakeside getaway for Pekka Strang‘s Juha turns tragic when his wife drowns.  Whether or not it was an accident or intentional is left up to the audience’s own perception, but, understandably, her passing sends Juha on a downward spiral that he seems incapable of escaping.

A decade-or-so passes and Juha hasn’t let go, which has sadly only deteriorated his relationship with his young daughter Elli (Ilona Huta), who has grown rather independently in the wake of the moment she lost her mother.  Seeking a sense of rebellion – hers intentional, his less-so – Elli takes to a piercing parlour, with the fragile Juha accompanying her almost in an unconscious state-of-mind as he stumbles into the near-by workplace of dominatrix Mona (Krista Kosonen) after wandering idly off-course.  The briefest of words are traded before Mona, assuming Juha is a client, has him under her spiked heel, and it’s during their exchange of autoerotic asphyxiation that Juha unexpectedly envisions his dead wife in the sexually-charged limbo between life and death.

As Juha grows more and more obsessed with the intention of returning to that hazy limbo, he becomes a regular client of Mona’s, and as easy as it would’ve been for Valkeapää to use this narrative as an excuse to push the sexual boundaries of cinema, there’s an underlying sincerity to Juha’s logic; having said that though the film enjoys its expressions of pain-induced sexuality, with the title making sense due to the pup-mistress role-play that initially links Juha and Mona.  It isn’t all for shock’s sake ultimately though, with Strang and Kosonen carefully threading their performances as to never decline into absurdity.  There’s a sadness to both of their characters that allow us as an audience to connect with them in spite of the outlandish situation that connects them; his is inherent, hers is more suggestive.

As much as there’s a surprising intelligence to Dogs Don’t Wear Pants‘s temperament, it is still a very niche film, one that will alienate audiences and test their limits as to what’s acceptable regarding visual eroticism.  If you enjoy your cinematic sex with the frills that mainstream cinema often supplies, this may prove to be a little too invasive.  If you’re prepared to embrace the unapologetic nature that the act ultimately adheres to, this Dog may be worth the walk.

Dogs Don’t Wear Pants is now available on VOD via Google Play, iTunes, Fetch and Umbrella Entertainment.  It will be available to purchase on DVD from 8th July 2020.