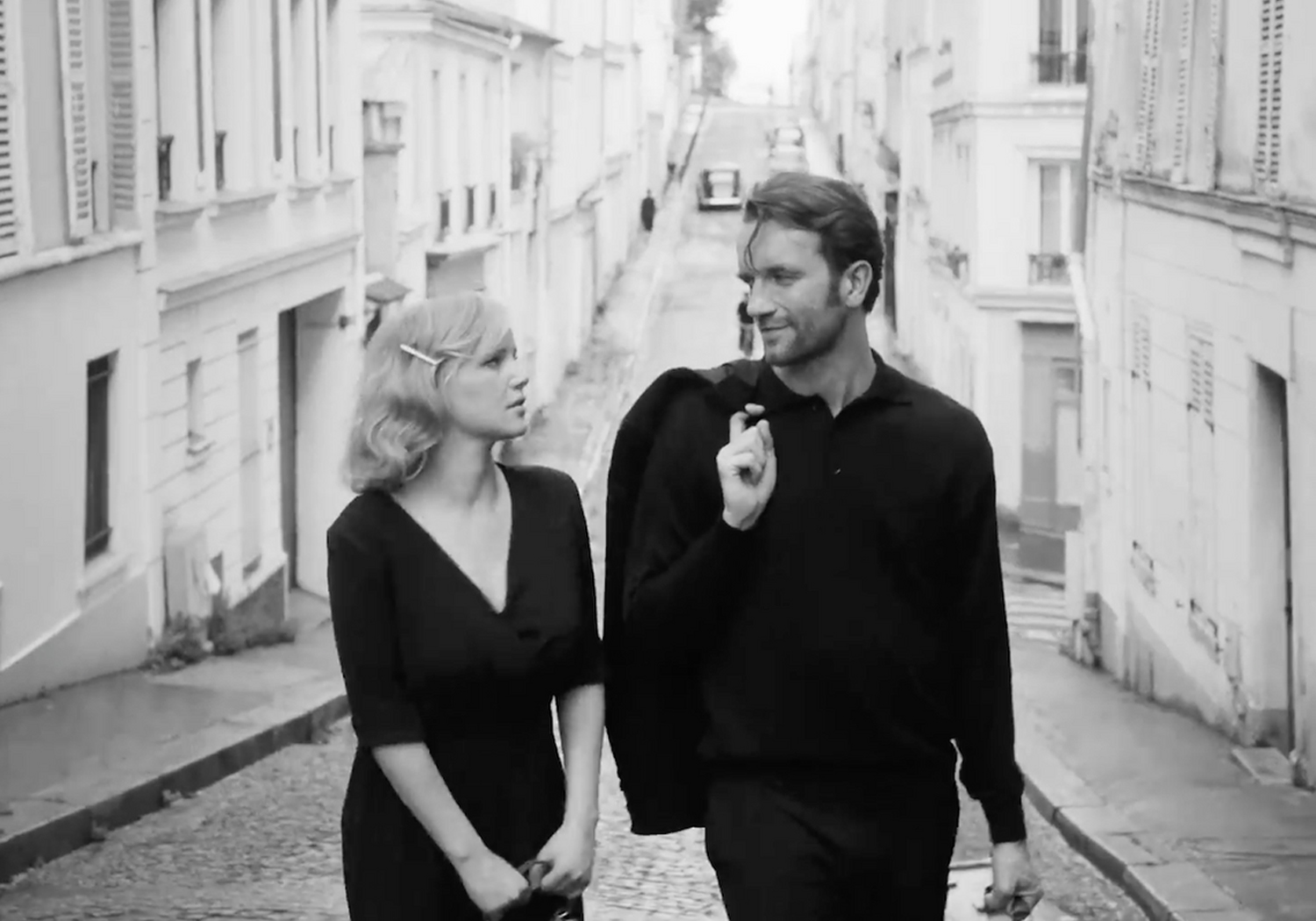 It seems that autobiographical stories that stem from the lives of film directors are in the spotlight in terms of critical acclaim lately. There are great films out there like the Spanish family drama by Carla Simon, Summer 1993; the relationship comedy-drama by Tamara Jenkins, Private Life; the semi-autobiographical rom-com by Eva Vives, All About Nina and the newest Alfonso Cuaron film, Roma.

But the film that belongs in the list above and is also in the Oscars shortlist for Best Foreign Film is Pawel Pawlikowski‘s Cold War. Fresh off the acclaim of his last film, Ida, Pawlikowski has taken inspiration off his family history of how his parents’ began their romance to make the film, and it has received a fantastic critical reception, from many festivals including Cannes. Will the film live up to its reputation as well as be a great follow-up to Ida?

Set in the 1950’s in Poland, Berlin, Yugoslavia and Paris, Cold War follows the story of a musical director, Wiktor (Tomasz Kot) who discovers a young musical prodigy, Zula (Joanna Kulig) and their burgeoning relationship transpires as a love story. Told in a elliptical style, the film explores through various events as their love battles through many hardships like their different backgrounds, incompatible behaviour, numerous breakups and of course, the titular war.

The film may be sparse in terms of plot, but thankfully nothing else is lacking in what is one of the most beautifully concise and romantic films of the year. One of the main reasons that the film works is the concise story structure. The elliptical storytelling may seem like a risky proposition to undertake considering that the romance is shown through many years and the runtime is under 90 minutes, but director Pawel Pawlikowski manages to pull the trick off.

The structure of the film plays out like a musical in some ways. For example, whenever we Zula sing, we see her character progression due to the tones of the songs/dances and how they are filmed, whether they are sung during rehearsals, up on stage and on one scene in the third act, where Zula hears herself sing for the first time. From seeing the characters feeling nervous, confident and sorrowful during the music/dance sequences, the visual storytelling becomes extremely effective in immersing the audience to become acquainted to the characters.

There are talented filmmakers that can make the most out of the 4:3 aspect ratio, like Robbie Ryan‘s cinematography in Andrea Arnold‘s road trip drama American Honey, in which the film makes the world seem larger than life. Fortunately, Cold War is another example of such stellar work. The black-and-white cinematography by Lukasz Zal is absolutely beautiful in portraying the romance in the most loving and passionate way.

It also portrays the coldness of the backdrop of the story (being the titular war) convincingly, especially when you see characters breathing in the cold and their breaths are visible or how the gusts of winds and debris are shown in the dilapidated environments. Much like Pawlikowski’s prior film Ida, the director tends to film his actors being shown on the bottom half of the frame, and it makes the world of the story much bigger than the 4:3 aspect ratio implies.

But what kind of romantic story would be fantastic without the requisite chemistry between the two leads? One of the special moments about the relationship between Zula and Wiktor is that they are stuck in a repetitious cycle that result in the two falling for each other and end their relationship repeatedly. In order to portray such a mismatched relationship, Pawlikowski would need really talented actors in order to portray a complex relationship such as this and with the pairing of Joanna Kulig and Tomasz Kot, the romance unfailingly works.

Kot plays the character of Wiktor as a person who keeps his emotions in check and while actors who emote in a covert fashion can seem to look creepy or stoic, Kot manages to convince with his performance of simmering emotions of longing, particularly during a scene in the third act where Wiktor and Zula are in a cabin for a conjugal visit.

As good as Kot’s performance is, Kulig is the true standout of the film. Saddled with many challenges of the part, not only does Kulig have to be convincing as a woman who is self-doubting, passionate, impulsive, conflicted and ultimately emotionally honest (in comparison to Kot’s character); she also has to convey her character arc through song (in which Kulig is skilled in) and dance (in which she learnt ballet from scratch) during the numbers and Kulig pulls it off beautifully.

Their chemistry together is such a wonder to witness as soon as the characters meet for the first time. Kulig and Kot manage to portray the relationship as sexy, dryly amusing, passionate and full of love, despite (or is it because of?) their mismatched demeanours, detailed backstories (especially involving Zula’s character) and their potentially volatile behaviour.

Overall, Cold War is a concise, dryly amusing and romantically simmering tale that takes its storytelling to a daring and elliptical fashion and it thankfully pays off, as it convincingly shows how fleeting memories of love can be and yet can stand the test of time. Aided by convincing chemistry from the leads, Joanna Kulig‘s standout performance, beautifully classical cinematography and Pawlikowski’s lovingly directorial eye, Cold War is one of the best films of the year.