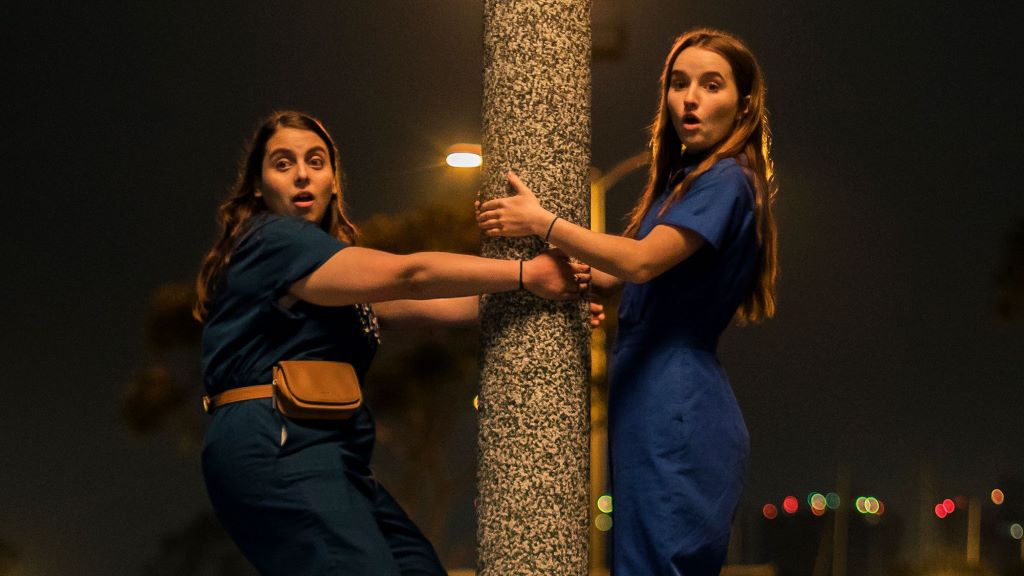 The fact that the existence of another raunchy teen comedy — jam-packed with sex, drugs and alcohol — may not mean much but it has been a very long time since I have heard this much hype for a comedy such as Booksmart. Ever since its premiere at this year’s South by Southwest, it has gathered critical acclaim from both critics and audiences; with some claiming it to be this generation’s Superbad.

What is interesting about the positive buzz of Booksmart is that due to the political climate of today — in comparison to the time Superbad came out — it has become more progressive and inclusive in terms of the many identities of the people in the world; which has a profound effect on comedies today. That being said, will the teen comedy Booksmart have as much comedic bite as the critical buzz suggests?

Booksmart stars Beanie Feldstein and Kaitlyn Dever as Molly and Amy, two high school seniors who are highly focused and motivated achievers, yet they are seen as pretentious and lame by their classmates. Under the assumptions that rambunctious students and social status climbers are lacking in academic achievements, both Molly and Amy ignore the critical scorn.

But when Molly has a dramatic revelation that almost every student has managed to get into good colleges whilst having vibrant social lives outside of school, she convinces a reluctant Amy to make up for lost time and party the entire night before their graduation. Hijinks and chaos ensue.

It is with great happiness to say that Booksmart is one of the best comedies of 2019 and a fantastic directorial debut for actress Olivia Wilde. Gathering many directorial skill sets from various talented directors (like Martin Scorsese, Ron Howard, Reed Morano and others) and practicing them in short films and documentaries, Wilde has managed to make a boisterous teen comedy that wears its compassionate heart on its sleeve convincingly.

In terms of its comedy, Wilde admirable dials back on the raunchiness, in terms of visuals, and often relies on sound design. One particular scene involves pornography, but as it plays out, we never see what happens and thanks to the timing of the punchline, it delivers in terms of laughs.

Other strikingly stylistic directorial choices that turn tropes and pump up the comedy is the inclusion of a bonkers sequence (devised by Wilde herself) that involves stop-motion animation and drug use and dolls that is both ridiculously funny and surprisingly illuminating in how social perceptions of women can be powerfully affecting.

It is also apparent that recent comedies often feel like scenes of improvisations that happen to run as long as a feature-length film. Thankfully, Booksmart never feels that way as Wilde’s stellar direction adds much-needed punch to the drama via the relationship between Molly and Amy with a great visual eye. One remarkable scene (which feels like a reference to Mike Nichols‘ The Graduate) involves Amy swimming in a pool full of other teenagers; and it is a serene respite of all of the partying that reflects the mood of Amy so well.

One inspired choice from Wilde involves the muting of dialogue during a scene of conflict, which makes the drama more powerful; relying more on visual storytelling from the actors, the mise-en-scene (thanks to cinematographer Jason McCormick and his execution of the long singular take) and the stirring score by Dan the Automator.

Her assured direction also deftly applies to the characters, in which they are all compassionately portrayed, transcend their assigned stereotypes (notably in a great scene between Molly and Annabelle [aka Triple A] in the third act) and their arcs are handled with care (even as the lead characters are often separated); particularly in the case of Amy as her burgeoning homosexuality, which only a female filmmaker can execute in such an empathetic manner. While the film is a comedy in every sense of the term, all the characters are relatable and believable within the comedic context of the film.

It also helps that Booksmart wonderful performances from the cast, which makes the film soar. Feldstein — who stole the show in Greta Gerwig‘s Lady Bird and Nicholas Stoller‘s Bad Neighbours 2: Sorority Rising — brings the same energy into the role of Molly; managing to convey both the domineering, controlling side as well as the anxious side of her character convincingly.

Equally fantastic is Dever — who made a big impression in Destin Daniel Cretton‘s Short Term 12 — as she is able to make Amy both approachable and shy at the same time. Her performance also nails the character arc, when she looks within and gains a sudden change of autonomy in the third act.

Their chemistry is absolutely winning and effortless, that it is absolutely believable to think that they were friends long before the conception of the film. The infectious banter is a marvel to watch and it is sent up hilariously in a sequence where Amy’s parents (played with such glee by Lisa Kudrow and Will Forte) wrongfully assume that the two are lovers.

The vast array of supporting characters like Jared (Skyler Gisondo, who looks eerily similar to Josh Charles), a rich kid who tries to buy his classmates’ approval with disastrous results; George (Noah Galvin, memorable in the teen black comedy thriller Assassination Nation), a hilariously pantomime theatre queen who criticizes people with their lack of spatial awareness; and Annabelle (Molly Gordon, last seen in the comedy Life of the Party), a sexually promiscuous girl nicknamed Triple A, who is more than her reputation implies; are all wonderfully portrayed.

Yet the biggest stand-out is Billie Lourd, as the incredibly unhinged, hippy-dippy girlfriend of Jared’s, Gigi. What makes the character of Gigi stand out is that Lourd essentially portrays her as a hilarious jump scare. Every time she shows up (complete with loud noises), her enigmatic presence and off-kilter exchanges become shockingly funny to the point that she is almost like a demented Fairy Godmother to the two main leads. It is an absolute crackup of a performance and Lourd should be commended for sinking her teeth into the role with such verve.

Booksmart is so good that you’d want to rub your face in it, thanks to its energetic performances, an infectiously upbeat script and Wilde’s effortless direction. An absolute bundle of joy from start to finish. Highly recommended.

Booksmart will be out in cinemas July 11th.