Film Review: Apollo 11 steps back in time with a journey to the moon 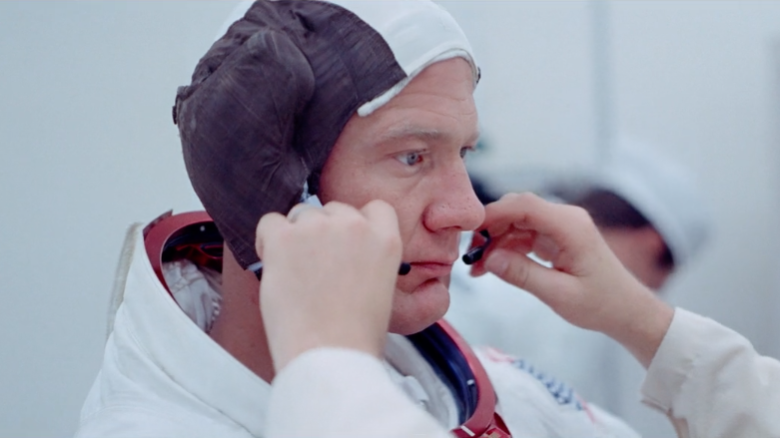 Apollo 11 is a documentary that takes you to the moon and back. Literally. This feature-length film comes hot on the tails of First Man and Hidden Figures. It proves that there is still plenty of mileage to be had from this extraordinary, historical feat.

This is directed by Todd Douglas Miller who is used to making films for museums. For this one, he had the unprecedented coup of undiscovered, 70mm footage from those fateful days in 1969. There was also an additional 11,000 hours of audio. The result is less like a documentary and more like a carefully-curated look at the moon mission.

All of the video and audio has been immaculately restored. At times you would be forgiven for thinking that this had been shot only yesterday. It has such a crisp and slick look that it actually feels contemporary. Perhaps for this reason, Miller eschews talking heads and experts when it comes to the plot. Instead, he lets the footage virtually speak for itself, save for a space oddity-themed soundtrack of blips and atmos. There is also the occasional bit of newsreel footage and historical soundbites from broadcaster, Walter Cronkite and US President Kennedy, for added context.

Audiences will love this fly-on-the-wall experience. You really feel like you are there to have a front row seat of the action. This documentary includes many facets from the take-off and the moon landing, and finally the astronauts’ safe return to earth. It is fascinating to watch all of this from a technical perspective. The actual story is also told in a linear and unfussy way, which suits the subject matter. The amazing restoration is worth the price of admission alone and everything else feels like an added bonus.

Apollo 11 makes audiences sit up and appreciate what a significant human feat the moon mission was. This in-depth look at commander Neil Armstrong, pilots Buzz Aldrin and Michael Collins, and the many men and women from NASA, is an inspiring look at history. As we celebrate the 50th anniversary of this remarkable event, we’re fortunate it was filmed and that we have such an engrossing historical record for posterity.

REVIEW SCORE: FOUR & A HALF STARS (OUT OF FIVE).