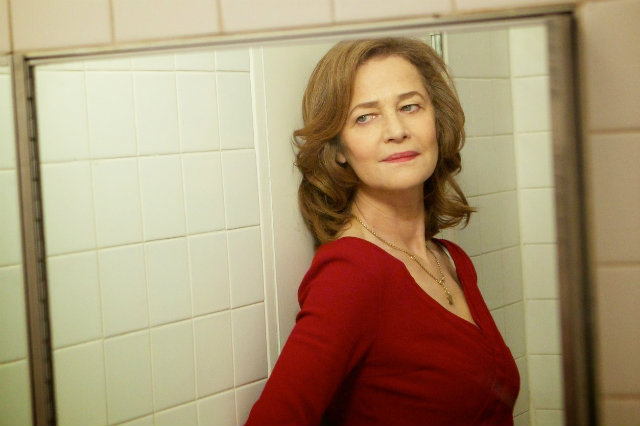 A noir thriller set in grey, low-lit London and based on the Elsa Lewin’s 1990 novel of the same name, I, Anna is the directorial debut of Barnaby Southcomb.

Beginning with a series of narrative threads woven together through a mosaic of flashbacks, the film draws on the classic murder mystery genre, with Anna (Charlotte Rampling, whose son, incidentally is Southcomb) at its centre. With each flashback – from a murder, to a sex scene, to grandmotherly babysitting duties, and the singles’ nights she awkwardly attends – Anna swings in the audience’s perception between being a harmless, and somewhat batty, middle-age woman, to a sinister femme fatale and back again.

Playing opposite her is the greying, yet handsome Bernie Reid (Gabriel Byrne), a sleepless, workaholic, detective investigating Anna’s involvement in said murder – unbeknownst to her when she meets him at a singles’ night. Bernie is soon embroiled in a complicated mix of professional yet romantic, deceptive yet genuine, in-too-deep type of infatuation with the enigmatic Anna. But as her mental state becomes progressively unhinged, her harmless middle-age takes on a darker shade.

While not especially intricate, and at times a little predictable, the film is a short, sharp and simple novella-style narrative, beginning slowly and gaining momentum as it crosses the finish line. Smudgy, blurred cinematography sets the tone for the hazy memories with which the film is pieced together, but at times feels like filler in lieu of actual plot development. In any case, its middle-age romance – not often seen on the big screen – marks a departure from the standard femme fatale murder mystery, and Rampling, as always, makes for deeply nuanced, assured and compelling viewing.