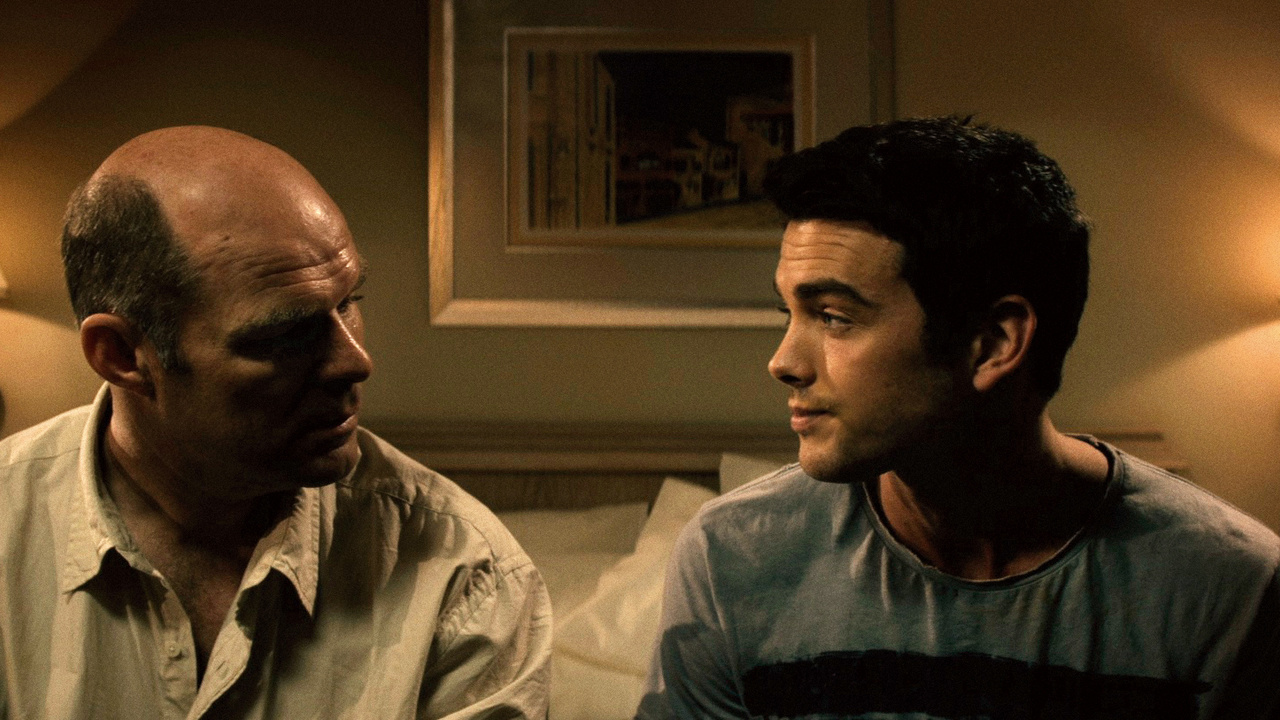 Set in South Africa, Beauty is a sombre meditation on masculinity and sexuality. François (Deon Lotz) is an Afrikaanner family man, who, at the film’s opening is celebrating his daughter’s wedding. He is affluent, ordinary, respected and liked. But, as suggested by the film’s opening shot – a long-angle zoom, ever so slowly drawing in on the young son of a family friend, Christian (Charlie Keegan) – there is a darker side to this man.

Resplendent in youth and with intoxicating social grace, Christian is the quintessential object of beauty. An almost Lolita-like character, he has a barely discernable knowing of his effect on people, perhaps even Francois, and it is his youthful folly to flaunt his own beauty, to charm and draw in, and to take it all for granted, with a child-like sense of entitlement.

The drama of the film is caught up in its slow tempo that builds to a shocking crescendo. Lots of astoundingly banal domestic scenes with conversations between husband and wife about cleaning the pool and the family business are scattered with long mid-close ups of Francois’ face and eyes (incidentally, startling close together, like a bird of prey) observing Christian, and casual cuts to François’ secret life, its carnality depicted with bleak realism.

The palpable, understated tension of each shot bubbles diabolically beneath the surface, and when the film explodes in a shocking climax, it comes with a visceral shock that is set to change everything.

That it doesn’t change anything is the film’s biggest shock, revealing a truly sinister rumination on power. It’s not just that Francois wants Christian, he wants to be him, consume him, defeat and devour him.

Beauty’s strength is that it avoids telling it’s audience how to feel, a credit to Lotz’ and Keegan’s performances. As an in-cinema viewing experience, the film could be considered thin, offering little in the way of action. But in its aftermath, it’s hard to stop thinking about, and considerate post-film unpacking yields darker and darker gems.