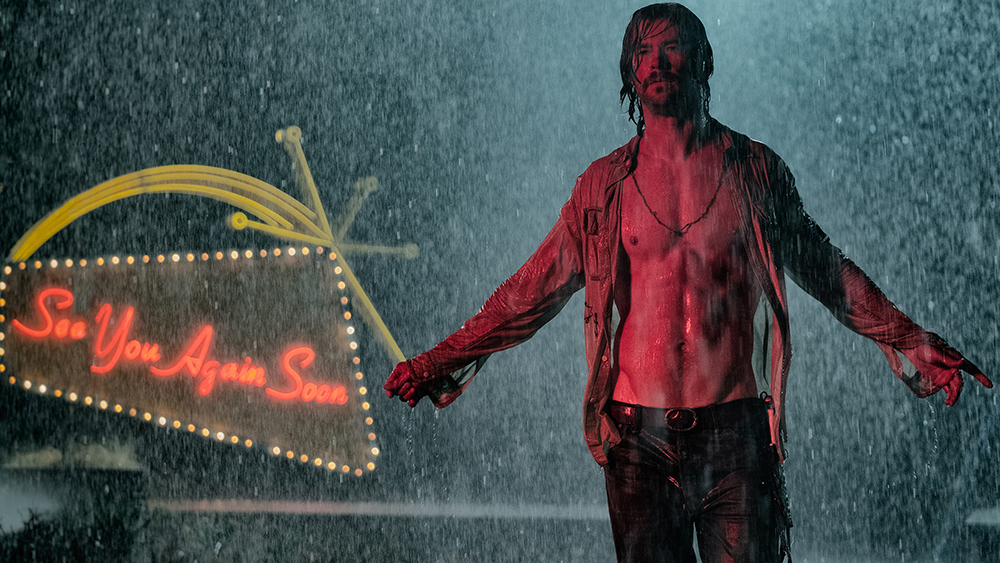 Bad Times at El Royale hit cinemas last year to mixed reviews, though I found it an engaging film, with a clever plot stemmed in the traditions of film noir and crime fiction. The set design was phenomenal and the characters were just the right amount of over-the-top to make them feel right at home in this bizarre situation. And the cast (among them Jeff Bridges, Cynthia Erivo, Dakota Johnson, Jon Hamm and Chris Hemsworth), delivered them with just the right amount of sass and charisma to make you overlook some of the more ridiculous moments in the film. It’s all a bit of cinematic fun at the end of the day, and not to be taken seriously – though that doesn’t forgive a disappointing ending.

For the Australian Blu-Ray release, Bad Times at El Royale comes with three features – a making of, a gallery and some trailers. The gallery contains 40 images that give you a close up of the details in the set design, which should excite production design nerds (and fans of old hotel fonts and architecture). The trailers are the teaser trailer and the theatrical trailer of the film itself; thankfully not just promotions for other films as is oft the case.

But the highlight of the three is the making of featurette, which is a surprisingly meaty 30 minutes look behind-the-scenes; rather than the two minute YouTube reel that seems to be included in too many releases these days.

One thing that jumps out was how much the cast enjoyed being a part of the film, which the director and writer Drew Goddard called the “ultimate passion project”, inspired by his love of film noir and crime fiction. They even interview the cinematographer, which as a film nerd I really appreciated. And if you were thinking the rooms were separate internal sets, you’d be wrong – they built a whole hotel on a sound stage, with a lot of detail to the colours. Super cool.

And an Easter Egg: look out for the clocks in the film; apparently it’s accurate for the entire duration of the film. That’s the level of detail they were able to control. It’s a pity there’s no deleted scenes (surely there was an alternate ending!?) or commentary (who doesn’t want to hear The Dude talk through an entire movie!?), but it’s great to see a long form documentary about the making of the film included in the home release.

All in all, an entertaining film that ultimately proves a love letter to the cinema that came before it, and though this means the film doesn’t offer much particularly new, it’s a great ride with a level of detail that is to be admired.

Bad Times at the El Royale is out on Blu-Ray now through 20th Century Fox Home Entertainment.