First Impressions: Amazon’s The Rings of Power is a sensual feast of Tolkien goodness 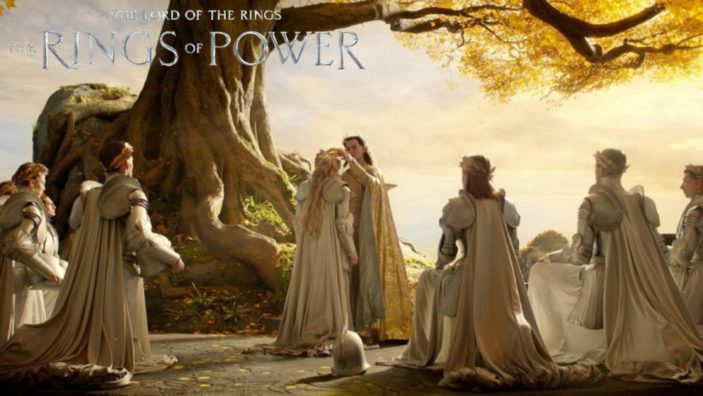 Set in the middle age of Middle Earth, thousands of years before the events of The Hobbit and the One Ring, Amazon Prime Video’s new series The Rings of Power. After watching the first two episodes, it is clear the studio squeezed every cent out of the reported $465 million dollars for its first season with lush visuals, quality CGI that Marvel Studios should take a look at, and a surprising story that allows viewers no matter what age to sit down and watch.

This story is set thousands of years before The Hobbit, we meet a young Galadriel (the elf queen played by Cate Blanchett in the films) who lives in the undying lands of Valinor as a young child. A war instigated by the dark lord Morgoth forces the elves into Middle Earth to defeat the dark lord and protect the inhabitants of the land. A few centuries pass after Morgoth is defeated, and Galadriel (Morfydd Clark) leads a group of elves charged with searching the land for evidence of Morgoth’s lieutenant Sauron who has risen to power after Morgoth’s death. Galadriel has personal stakes in this hunt and is resolved that Sauron and his orcs are hiding, waiting for the opportune moment to attack. Elsewhere elves and the race of men are struggling to live together after the war, even though their relationship may be more necessary than either of them think.

Then there are the hobbits, I mean harfoots, Tolkien’s predecessor to the Hobbits, who are strikingly similar, however, seem a little more Irish than the Bilbo Baggins we are used to. All of this is introduced and explained through some much-needed exposition from the elder Harfoot. The sweeping shots of beautiful New Zealand are still here with some extremely impressive CGI that looks way too good for a TV show (Marvel Studios may want to make some calls!)

Things kick up a notch in the second episode when the dwarfs come into play and the world and inhabitants of Middle Earth feel complete. The dwarves are nestled comfortably inside their mountain and truly thriving as they blindly believe that the days of war are over. The relationship between Elrond (Robert Aramayo) and Prince Durin (Benjamin Walker) feels heavily inspired by Peter Jackson’s films and characters in the most complimentary of ways through Gimli and Legolas.

While elsewhere, the Harfoots are dealing with the stranger who falls from the sky at the end of episode 1, figuring out who he is, how to communicate and what he wants will no doubt be the overarching story of the first season and how the different characters end up back together again to realise that orcs and Sauron are still lurking, planning their next move. 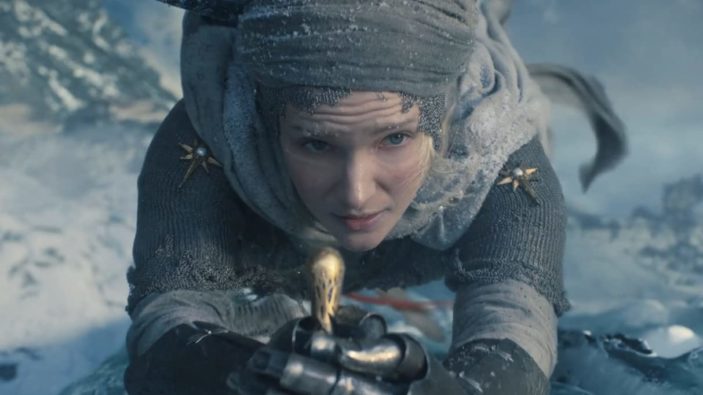 What really works for this story so far is Galadriel and her unrelenting belief that the world needs to be saved from Sauron. She is kind and strong-willed, and while she may be slightly less terrifying than her counterpart in the film trilogy, there is still a sense of unease to this character that will peak your interest. When things start getting too dark and sombre, the Harfoots always manage to keep things light.

Their happy nature and quest for berries and the finest of food in their small pocket of the world where they are seemingly invisible, you do get the similarities to The Hobbit with the creatures just wanting to be left alone and eat food and potter in their garden all day. The curious harfoot Nori (Markella Kavenagh) who wonders what lays beyond the borders of their land, reeks of Frodo’s lust for exploration. As the strands of these stories all start to weave together as the season moves on (we hope!)

The big-budget fantasy epic based on J R R Tolkien’s book appendices from The Return of the King, gives the writers some freedom here to incorporate the main points of events that spanned a century into a five-season, billion-dollar epic giving Amazon their very own Game of Thrones style series. While this works on some levels, the advantage here is that the show works for all ages. You can sit and watch this series with the whole family, regardless of age, and while there are elements of horror thanks to director J A Bayona (Jurassic World : Dominion) it is never anything too much that a Stranger Things loving kid won’t be able to handle. On the other hand too, there isn’t any over sexualised rape scenes, incest or overly violent scenes that render this an adults-only affair. 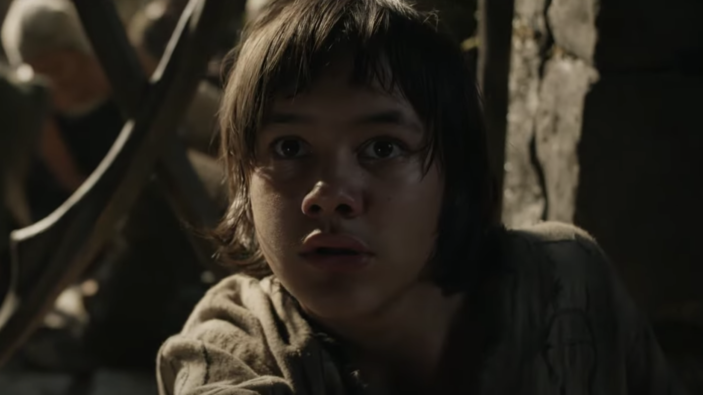 Taking an incredibly beloved series by generations that were successfully adapted into a flawless film series is no easy feat. While the first two episodes offer a feast for the eyes and an insightful first glance at the characters who will shape the story as the season moves on, it feels like 63 minutes is nowhere near enough to explore everything that is on offer here. The first season consists of eight episodes with a rumoured five-season arc committed to by Amazon Studios.

With House of the Dragon and now The Rings of Power, we have entered the era of big-budget blockbuster television, find a friend with the biggest TV screen and be sure to indulge in this sensual feast of Tolkien goodness.

The Lord of the Rings: The Rings of Power episode 1 and 2 are now showing on Amazon Prime Video, with additional episodes being released each Friday.