After Love rises above the sum of its parts to deliver an affecting drama: Sydney Film Festival Review 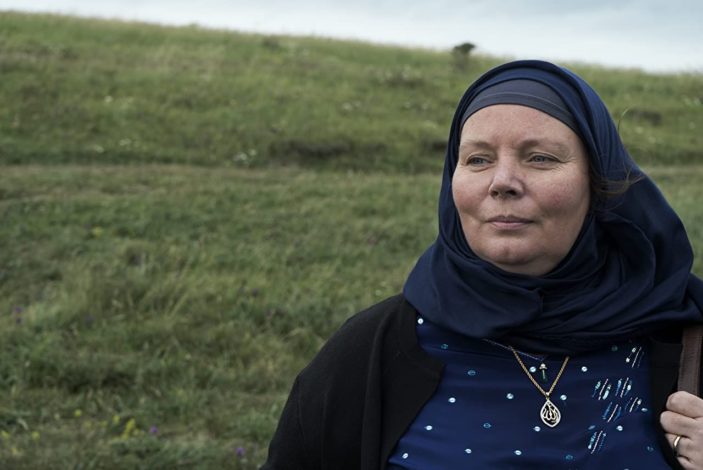 “We all break the rules we set for ourselves in the end.” – Genvieve (played by Nathalie Richard)

Joanna Scanlan stars as Mary, a widow who is undergoing a period of grief after the sudden death of her sea captain husband Ahmed (Nasser Memarzia). Going through his belongings to attain some sort of closure, she discovers that Ahmed had led a secret double life, involving another woman Genevieve (Nathalie Richard) and a son Solomon (Talid Ariss).

She decides to meet up with them to discover the truth and reveal to them about her husband’s passing and that she is Ahmed’s wife. However, laying such revelations on their laps is not an easy feat and with all the secrets and lies building up as they bond over time, the burdens will soon reach a breaking point that will change their lives forever.

All the ingredients of this film could spell out a formulaic piece that one would see showing in afternoon television. Thankfully, the film succeeds above its limitations due to writer/director Aleem Khan’s razor-sharp direction and the performances from the actors. One of the elements that the film succeeds in is how it establishes the drama with effective nuance. The concept of duality is painstakingly laid out; particularly from the opening shot.

We see Mary and Ahmed enjoying a typical morning of a joyful marriage and serene domesticity and yet the TV room in the background is noticeably darken; which hints of the dark story that is to come. Even an image of a white cliff landslide hints of the drama with admirable restraint. In fact, the drama is so wound up and discreet in its escalation that whenever a bout of emotion is lashed out, it is executed in a succinct fashion that proves to be quite shocking.

The characterizations are also solid from the ground up. The sense of duality also applies to them as they display personae that is expected of them and what they are actually feeling inside. For example, the character of Solomon is undergoing a burden of going through teenage adolescence as well as having a lack of a father figure and hiding his sexual identity; prompting him to become distant and lash out at his mother.

The performances are stellar from across the board. Richard is fantastic as Genevieve as she teeters on the line between her devotion as a mother to Solomon and having small emotional breakdowns due to the lack of communication with Ahmed. Ariss is fantastic as Solomon as his rage and desperation to see his father is palpably felt.

And last but not least, there is the presence of Scanlan. A dexterous performer who can delve into comedy and drama with effortless ease (like in the projects, the comedy show The Thick of It and the acclaimed film Pin Cushion), her understated work carries the emotional weight of Mary so beautifully that during many moments where she does not utter a word of dialogue, her facial expressions of stoic temperament and brimming depression strike hard.

Overall, After Love is a devastating drama that rises above the sum of its parts thanks to its lead trio and Khan’s assured storytelling. Highly recommended.

After Love screened at this year’s Sydney Film Festival.