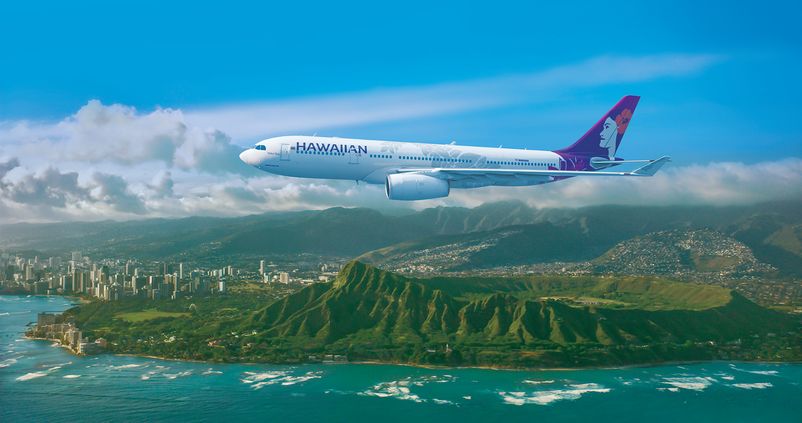 With all this talk about the new NYC to Sydney direct route that Qantas are proposing to launch in the coming years – and the Air New Zealand direct NYC to Auckland route that’s going to get us one step closer in October 2020 – I can’t help but wonder if there is a better way to traverse these continents without the ultra-long haul option. It’ll be convenient, but certainly it’s its own kind of exhausting. What if you can’t sleep on a plane?

Well, if you need to get from New York to Sydney, and can’t fathom being on a plane for more than ten hours without sleeping (and I wouldn’t blame you), there is an existing option that I stumbled across last month that just about ticks all the boxes. The secret, it turned out, was in Hawaii.

Hawaii, whose capital Honolulu is the closest direct US port to Australia, happens to sit just about perfectly in the middle of the two cities – when flying westbound you’re looking at about 10 hours in the air on either leg. And the geniuses at Hawaiian Airlines – who are currently celebrating their 90th anniversary – have been able to craft this into a route that’s something of a dream for the traveller who prefers the feet on the ground rather than in the air.

The first leg (HA51) departs New York’s JFK airport at about 10am, getting you to Honolulu at 4.30pm for a 19 and a half hour stopover that got me to the incredibly comfortable Waikiki Beachcomber By Outrigger hotel on Waikiki Beach just in time to watch the sun set. 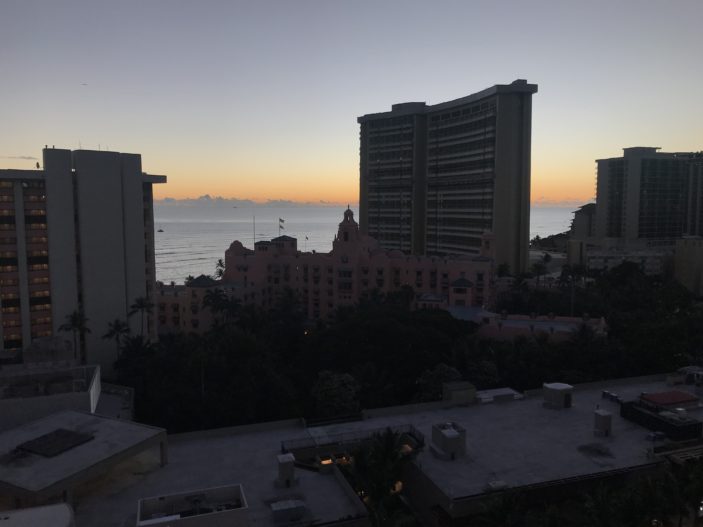 I enjoyed a great night at the hotel and in the city, with enough time in morning to have a stroll along the beach, have breakfast at one of the world’s best Breakfast Buffets – Duke’s, which is just across the street in the sister Outrigger resort – and even jump in the pool at the hotel, before jumping on a shuttle back to the airport for my Midday flight (HA451).

This ten hour flight then gets you in to Sydney around 7.45pm, which gives you plenty of time to get home – or to wherever you’re staying – go straight to bed and immediately be acclimatised to the timezone, without needing to have slept en route. Having done this trip last week, I can safely say I have had no jetlag since landing back home, and feel fantastic after a rejuvenating night in Hawaii and a very comfortable run of 10 hour flights between the cities. Not bad for what is technically an almost 42 hour journey, when you include the stopover.

Now I’m saying all this even though I’m not the ideal market for this route – I’m actually quite good at sleeping on planes and was able to sleep on the 10 hour journey between New York and Honolulu. That’s a bit of an earlier flight so you’re likely going to need the nap. If I didn’t sleep so well in the hotel in Hawaii I probably would have napped on the second leg too, but I pushed through it. I have to say, I don’t think I’ve ever stayed awake on a flight this long before, and I can certainly understand why travel is difficult for people who can’t sleep on planes.

For the relaxing touch, I enjoyed an Extra Comfort upgrade on each leg – this is great in economy for a bit of extra leg room, AC power and comfort kits. But the knowledge I had a bed waiting for me in Honolulu definitely ensured I would be well rested by the time I got back to Sydney, and made it all the more enjoyable a trip. Who doesn’t want a night in Hawaii?

Hawaiian Airlines also remain one of the only North American airlines to give you food inclusive in a domestic ticket, so you’ll enjoy food and baggage included on both legs of the journey – though alcohol is only complimentary on the international leg, except for one glass of wine, which they serve with the main meal on the domestic service.

Though it may be a fluke during the currently birthday sales, I was able to jump on my one way flight for around AU$750, which is pretty incredible. As I’ve pointed out on this site before, one way travel between the US mainland and Australia can be an expensive affair. It took a bit of digging to find it in the first place, and it didn’t seem to be available every day of the week. As I write this article I pulled up a random date – 10th February 2020 – and found it for around AU$650. So definitely look into this route if you’ve got some plans to enter the market. The hotel is going to cost you extra, but it’s not hard to find an affordable hotel even last minute along the main beach front – you’ve got no shortage of options.

The only downside to this service is that you can’t do it the other way around. Because of the time differences travelling Eastbound, it doesn’t seem physically possible to do a “day flight” between the two cities. And that’s the beauty of this particular route – you’re travelling during the day on both flights. But Sydney to New York is only possible with two red eye (overnight) flights, which is far from ideal. However Hawaiian Airlines make it easy to book a stopover in Hawaii on the way – so you could still ease some of the pain by giving yourself a night on the beach en route. But I’d say you’re almost better to push through to the other end (and keep in mind that once you get to Honolulu you could look to travel to a variety of destinations on the West Coast like Portland or even Long Beach as an alternative to LAX), or consider an alternative, giving you this particularly wonderful route to look forward to on the way home.

For more details about Hawaiian Airlines’ routes, head to their official website.

The writer flew at his own expense, staying as a guest of the Waikiki Beachcomber by Outrigger for the night.