The Oita Prefecture in Southern Japan is waiting to be explored

Kyushu, the southern island of Japan is an excellent destination for tourists who’ve had their fix of Honshu (mainland Japan) and are seeking something a bit more local.

Oita is a prefecture within Kyushu that is rarely referenced by travellers outside those who chase onsens, and although that may be a selling point, there are a plethora of places the prefecture has to offer that highlight its fascinating history and warm hospitality.

More than just hot springs, Oita boasts a rugged, untamed countryside just waiting to be explored. Want to know where to find it? Ask a local they happily shown off the secretive beauty of this prefecture they call home.

A short flight from any major city, Oita is nestled on the edge of Honshu and Shikoku, the top right-hand area of Kyushu. Landing at the airport, you’re greeted with oversized sushi rotating along the baggage claim carousel; it’s a taste of the quirky sense of humour the people of Kyushu love. 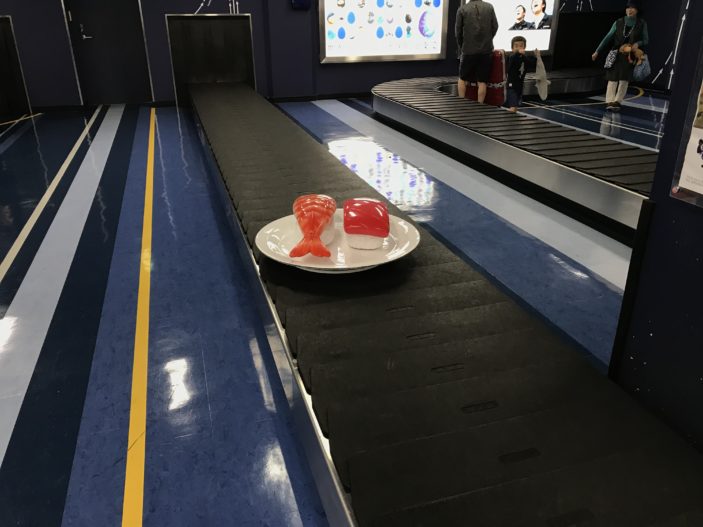 So now that you’re here, what are your options? Buses depart in various directions from the airport and here are some of the stand-out destinations.

Usa Jingu is the head shrine of all the Hachiman shrines in Japan, and enshrined here is Emperor Oji,  the 15th Emperor of Japan. The grand walk up to the main shrine takes you by gorgeous bridges and enormous gates that guide you through the well-kept grounds. It’s a genuinely special place that is said to be one of the areas where the goddess Amaterasu came down from the heavens to set foot in Japan, and as such it’s a well-visited spot by locals and guests. It even has a dedicated entrance for the Japanese royal family for their occasional visits.

Oita is a well-travelled destination for onsen-goers thanks to its high count of natural hot springs located throughout the prefecture. Myoban Onsen is one of the notable locations with its unique huts that block out all natural light to help produce the salts that are used within their onsens.

Two of the huts are open to the public so they can view the process first hand and there’s also a tour available for those who want to learn more. A large public bath sits in the open air surrounded by the lush nature around the location. However, the best bet is to get a private bath located within a hut. Take a soak and let your daily worries melt into the mineral-rich water.

The grounds of this cute temple at the end of a winding mountain hold a real treat, a Magaibutsu, a buddha carved into a rock face. The giant Buddha is known to be 800 years old and stands a sizeable 20 metres high and 10 metres across. It sits alongside a cave formation that has a piano set up for people to play away, and they even host a piano concert with notable Japanese performers each year to sizeable crowds. It’s an extraordinary place that is worth the time spent getting there so be sure to soak it all in.

With a history said to begin from the 11th century, this area located just out of the town of Usuki has various tiers of stone Buddhas carved into multiple cliff faces. Each group was carved in at a different time and each with intricate details yet it seems no one knows why they were carved here in the first place.

Excellent weatherproof covering ensures each group is protected from the elements and doesn’t deteriorate any further. Many still have their original colourings, and each pose represents what each Buddha is all about. A highlight is the medicine buddha being at the top of some freakishly steep stairs.

The top dog of onsen towns, with over 2,000 steam veins, Beppu has so many naturally occurring hot springs that the town itself looks like it’s perpetually on fire.

A stamp rally also exists, akin to a loyalty card system for visiting different locations, that once you clear it, you’re given a special black onsen bath towel complete with gold embroidery. They’re this serious about their onsens.

However, if getting your kit off and laying in hot water isn’t your thing, the “Jigoku” are definitely worth your time. The 7 ‘hells’ of Beppu are a group of unique, unusable hot springs located within a small area that span from a deep blue, to a muddy brown, blood red and even one with the most crocodiles I’ve ever seen (apparently this climate is perfect for breeding them, who knew?). The Hell Group maintains these Hells (what a name) and are all welcoming and add another layer of intrigue to one of the most exciting places in Japan.