The best ways to spend 24 Hours in Jasper, Alberta

The great Canadian Rockies are, rightfully, always found near the very top when adventurous travellers reveal their bucket list. Why? Well, exploring this immense and memorable part of the world is not just a true journey into powerful natural landscapes, but a path that might just redefine the way you think about travel and its importance in our lives.

It’s why I’d likely always recommend the Canadian Rockies immediately to anyone looking for a new destination, and I’ve only just scratched the surface. I did so last year on TrekAmerica’s “Glaciers & Grizzles” tour, where in a small group of 20-30 somethings I hiked an active glacier, bonded on the road, scrambled to take the best bear photos, partied in Whistler, found out that white water rafting is more fun than terrifying.

Over the next few weeks I’ll be highlighting the four major stops on the trip as guides to help people get the most out of a short-stay in each. If you’re on the TrekAmerica tour, which kicks off later this year and continues across several months, then you’ll be getting a chance to do many of these things.

First up, let’s head to Jasper. It’s third major stop on the tour and one of the most definitive experiences for those seeking to understand how vast the Canadian Rockies are. It’s not as glamorous as Banff, festive as Whistler, or sprawling as Vancouver, but Jasper is the wild, untamed beast of adventure travel, wildlife spotting and small town living that you’ll rave about long after the tour is over.

Here’s the best way to spend a 24 hours in Jasper, Alberta.

9am: Check in to Your Accommodation

Budget-minded travellers or those on TrekAmerica’s “Glaciers & Grizzlies Plus” should go for the Pune Bungalows just outside of town. It’s only around a five minute drive each way to the heart of Jasper town, which is where the train station is, so it’s quite easy to duck in and out throughout the day.

This charming collection of cosy lodges features rustic accommodation within a forest, with BBQ facilities and plenty of charm.

Although if you’re travelling to Jasper independently and you’re in the mood for luxury, you might as well go for the historic Fairmont Jasper Park Lodge. On the other side of the Athabasca River from town, this 700 acre luxury resort stretches across the shores of the small and gorgeous Beauvert Lake, encompassing a number of well-appointed cedar chalets and signature cabins connected by picturesque paths. It’s also where the Jasper Planetarium is located.

While Jasper is only a tiny town, there’s still plenty of outstanding food options that pack into the main streets and narrow alleyways. This also means a generous choice when it comes to breakfast, but the best would be the town’s most beloved spot for a quick pastry and coffee – Bear’s Paw.

Note that the warm, cosy shop also has sister venue – Other Paw Bakery and Café, which is opposite the train station on Connaught Drive.

Both are known for their European-style pastries and trail cookies, but everything here is worth a look. The Other Paw’s sandwiches are perfect take-away items for anyone planning a picnic, so if you’re loading up a basket you’d be wise to stop by here.

10:30am: Head Off on a White Water Rafting Adventure 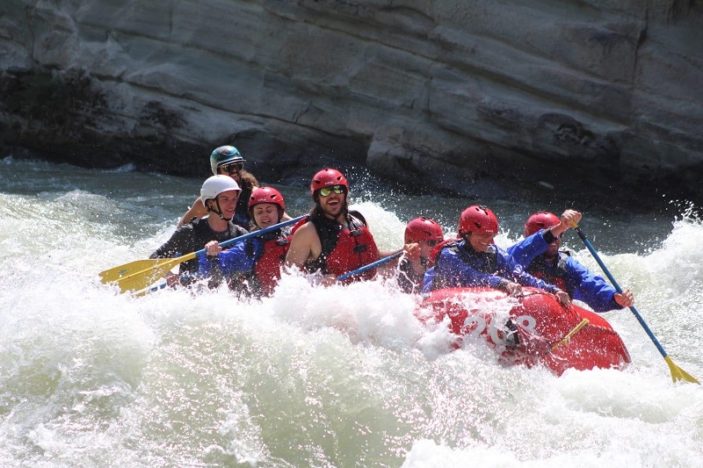 After breakfast, head on over to Pure Outdoors. If you’re with the TrekAmerica group, this is one of the main things you’ll be doing on the two-night Jasper stop, with the local operator offering guided white water rafting tours of nearby Fraser River.

As one of the area’s major operators, Pure Outdoors offers two daily white water rafting trips during the summer season. And it’s something even a beginner could do, with the waters only reaching up to a Class III despite being slightly rough. This classification is best described as “friendly, but still challenging” – enough to give you the rush of a genuine white water rafting experience, but still simmering at an introductory level.

You’ll be out and about for a few hours, so pack some snacks for the bus ride there and back, which is about an hour way each way.

You’ll want some refreshment after bouncing around on the Fraser. Hit up Jasper Brewing Company if you really want to try see the town from a local’s perspective. Alberta has some of the best craft beers in the country, and this Jasper institution is certainly no exception, with powerful brews like the Rockhopper IPA and flavour-forward favourites like Jasper the Bear Ale and Blueberry Vanilla Ale.

Hearty pub grub is what you’ll need after an adventure, and the kitchen certainly delivers with a knack for elevating the usual suspects. Grab some of the bigger items on the menu to help you wind down, like the Buttermilk Fried Chicken Sandwich, Brisket & Sausage (fancied up with an exclusive Blueberry Vanilla Ale BBQ sauce), or the soulful Bearhill Ramen with confit duck and shaved duck breast swimming in a pork and duck broth with black garlic oil.

4pm: Learn about Jasper History at the Town’s Museum 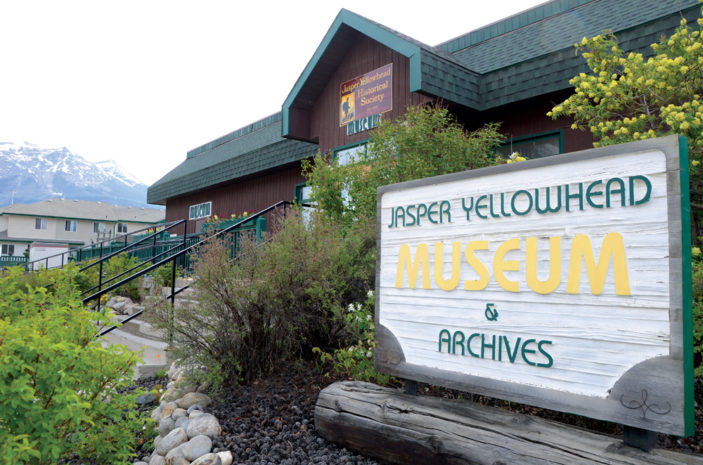 Although there aren’t any other museums around Jasper town, there’s more than enough to keep you occupied for a few hours at the Jasper Museum.

Throughout the small museum you’ll find thousands of photos, books, periodicals and manuscripts documenting the great natural history of the region, as well as culturally significant artworks and special exhibits on the fur trade, the indelible story behind the railway, and important artefacts.

At least one of the meal’s you have in Jasper should be a BBQ or a picnic. You’re in one of the greatest spots in the world for the outdoors after all, so you’re best bet is to head along to the local supermarket to grab some goodies (candied salmon being a must) and then hop over to the nearby Liquor Lodge, one of the most organised and surprisingly well-stocked bottle shops you’ll find in town. The worldly range of wine may present a bit of choice anxiety, but there’s so much here that all tastes are catered for.

If you’re with the TrekAmerica group, dinner will likely be a good old fashioned BBQ back at your accommodation so be sure to stock up on the best local produce you can find.

Those who prefer to have a memorable sit-down dinner look towards the highly sought t Tekarra Restaurant. This fine dining establishment over at riverside Tekarra Lodge has some of the best food in the region, from the elevated Poutine with smoked gouda and bacon jam, and signature mains like Rainbow Trout with coconut quinoa, ginger cream sauce, chef’s vegetables and touted pecan, and the generous Bison Short Ribs braised in Saskatoon berries with molasses, herb tomato, mashed potatoes and chef’s vegetables.

Jasper National Park is the second largest dark-sky preserve in the world, the first being the vast Wood Buffalo National Park which straddles Alberta and the Northwest Territories. This presents a very unique opportunity to experience nature from above at its most pristine, so” head along to Jasper Planetarium for a state-of-the-art experience in their 35-seat dome theatre which provides a 360-degree view of this dreamscape of abundant night sky.

Daily evening programs mean there’s always something to do here, including the chance to stargaze through the largest telescope in the Canadian Rockies.

If you time your visit for October, you’ve also got access to the Jasper Dark Sky Festival.

8am: Journey into Jasper National Park

You’ve already packing a lot into one day, but if you’ve only got a short time in Jasper then you need to dedicate at least a few of those hours to exploring what you can of Jasper National Park. The vast, diverse and immaculate landscape is full of glaciers, lakes and peaks, as well as the distinction of some of the most active wildlife in the Canadian Rockies.

If you’re on the TrekAmerica tour, it’s likely the brunt of wildlife sightings (including bears) will be around Jasper National Park. Morning is the best time to get a peek of these gorgeous animals running about, including grizzly bears.

Even if you’ve only got enough time for one stop, the relatively close Medicine Lake is a good bet. Part of the Maligne Valley watershed, this intriguing and very scenic lake is surrounded by the snow-capped peaks of the Rockies. The river actually disappears and reappears throughout the year, with water on its way to Athabasca River pool up from a series of underground limestone caves. If you’ve gone in Autumn, you’d see a barely-there lake defined by a number of shallow pools. It’s actually the largest inaccessible underground cave system in the world.

There are many hiking trails around Medicine Lake, but do be aware that this is ripe bear country so make sure you have taken all the necessary precautions.

READ: 11 of the Most Incredible Things to See in the Canadian Rockies.

The writer was able to experience most of the things on the list, aside from the Jasper Planetarium and Tekarra Restaurant, while on a small group tour with TrekAmerica. You can learn more about the tour HERE.