Statement released regarding Vivid Sydney’s cancellation in response to coronavirus 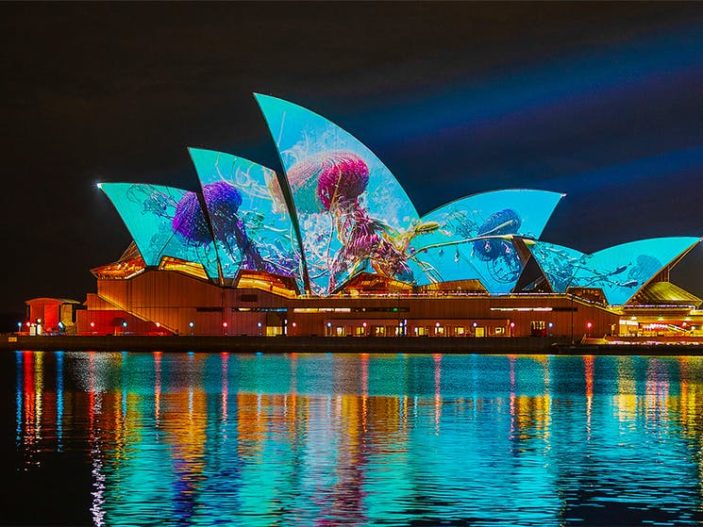 As most people now know, Vivid Sydney will not be on for this year. The event, which in 2019 attracted 2.4 million visitors, has been cancelled in response to the growing thread of the novel coronavirus Covid-19.

The NSW Government has made this decision following recommendations by the Federal Government and health authorities to limit all non-essential organised gatherings to less than 500 people to control the spread of the virus.

Notably, the ScoMo-sanctioned measure contrasts with similar coronavirus measures over in Iceland where the Government has banned all events over 100 people.

Minister for Jobs, Investment, Tourism and Western Sydney Stuart Ayres said that while the cancellation of the event is disappointing and another major setback for the tourism industry, it is the right thing to do to control the spread of infection and keep people safe.

“Vivid Sydney is a bright star of Sydney’s event calendar so the decision to cancel was not taken lightly,” said Mr Ayers. “As the event owner, we must follow the advice of health officials to ensure the health and safety of our citizens and everyone involved with Vivid Sydney.”

“We have taken the decision early in consideration of those planning to travel to Sydney for the festival, our commercial partners, artists, and volunteers so as to minimise the disruption and impact on them.

“We are currently working through the full implications of the cancellation and will provide further information and advice as soon as it’s available.”

“It’s been an incredibly tough time for the tourism industry and this is yet another body blow, but NSW will bounce back and Vivid Sydney will shine brighter than ever in 2021.”

The cancellation of Vivid Sydney follows other large-scale cancellation like the Sydney Royal Easter Show. Speculation that ANZAC Day services across Australia, including Sydney’s march, will be cancelled are also high. There has been no official word from the Sydney Film Festival, which is scheduled for 3rd to 14th June.

Vivid Sydney, the largest festival of light, music and ideas in the Southern Hemisphere, was scheduled to run from 22 May – 13 June 2020. The cancellation means that all elements of ‘Vivid Sydney – Lights, Music and Ideas’ will not proceed in 2020. For more information head on over to https://www.vividsydney.com/.