Six things to know before travelling to Abu Dhabi 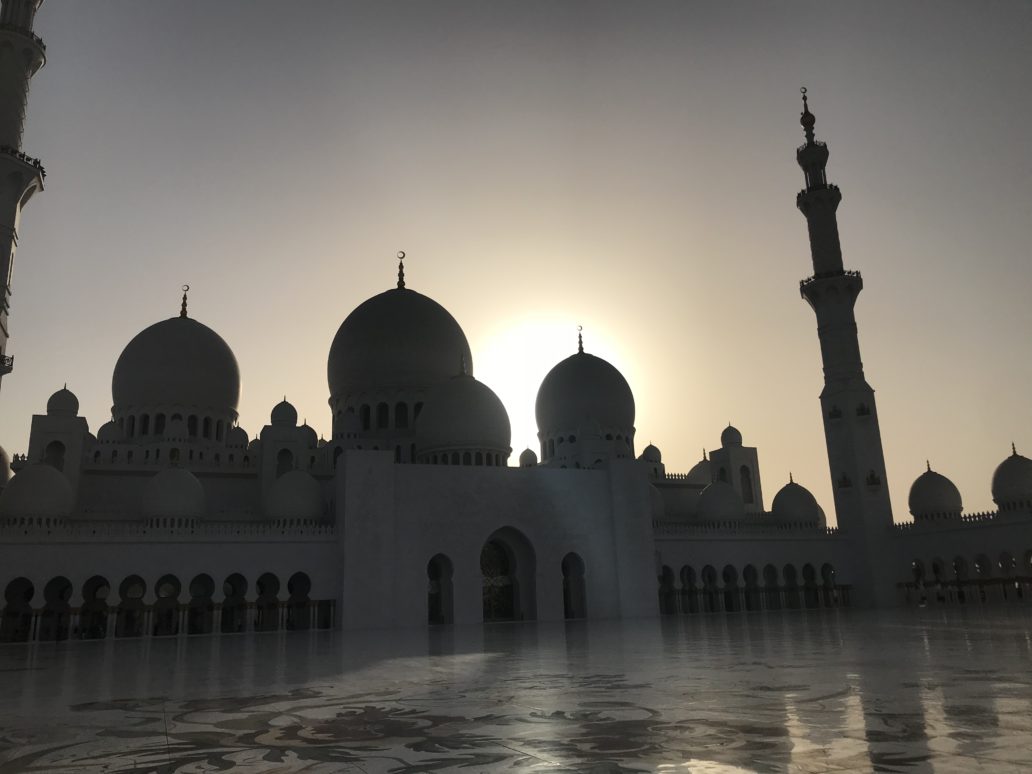 Long seen as little more than a city of transit and the hub of Etihad Airways, Abu Dhabi is fast becoming a tourist destination in its own right, with new theme park and museum openings, and things like the relaxing of licensing laws to make the city more approachable for non-Muslim tourists.

Here’s just six things you should keep in mind the next time you’re passing through Abu Dhabi, or planning to pay the U.A.E. city a dedicated visit:

Even short stop-overs provide enough time to leave the airport.

With the city as hub for Etihad Airways, often travellers will find themselves with a short stop-over in the city. If you find yourself with 5 hours or more, go through customs – which with most passports is a breeze – jump in a taxi and explore! On board Etihad Airways they actually have a video before you land which shows you some of what you can do with a short stop-over, and staff will help with any questions you might have. With less time, I would recommend just picking one attraction like the Sheikh Zayed Mosque or the Louvre. With more time, you could visit multiple locations, and even consider heading to the nearby Yas Island where the fastest roller coaster in the world is based – at Ferrari World – and the brand new Warner Bros. World, which opened last week.

You’ll need to get domestic currency out for your Taxi.

Taxis don’t take credit cards, so the only way to get yourself out of the airport, unless you pre-book a high end service, is with cash. There are ATMs at the airport, and 200 AED (about 75 Aussie Dollars) would be more than enough to get you to and from wherever you need to go, with change left over (you’ll generall spend 40-50 AED per ride). Most other places do take cards, but no, they don’t have Uber here yet!

Accommodation is affordable, but food and drink may set you back.

While I was in Abu Dhabi, I stayed in the incredible Marriott Al Forsan (part of the Al Forsan International Sports Resort), which opened in 2017 and has 400 rooms, incredible dining options, a mind-blowing pool, and one of the most comfortable rooms I’ve ever stayed in. And it was about AU$140 a night. Five-star accommodation of its nature would normally be triple this, at least. Situated between the airport and the centre of Abu Dhabi, it’s not walking distance from any major attractions (other than the Sports Resort itself), but it’s a short drive to just about anywhere you need to go. Food and drink, however, is more expensive here than other destinations.

The architecture is stunning.

Whether it’s the Louvre (pictured below), the Yas Viceroy, Sheikh Zayed Mosque (pictured in the headline; the largest in the country), the Etihad Towers, the bizarre coin-shaped Aldar Headquarter or the Emirates Palace, the city is filled with incredible architecture that’s worth the trip alone. 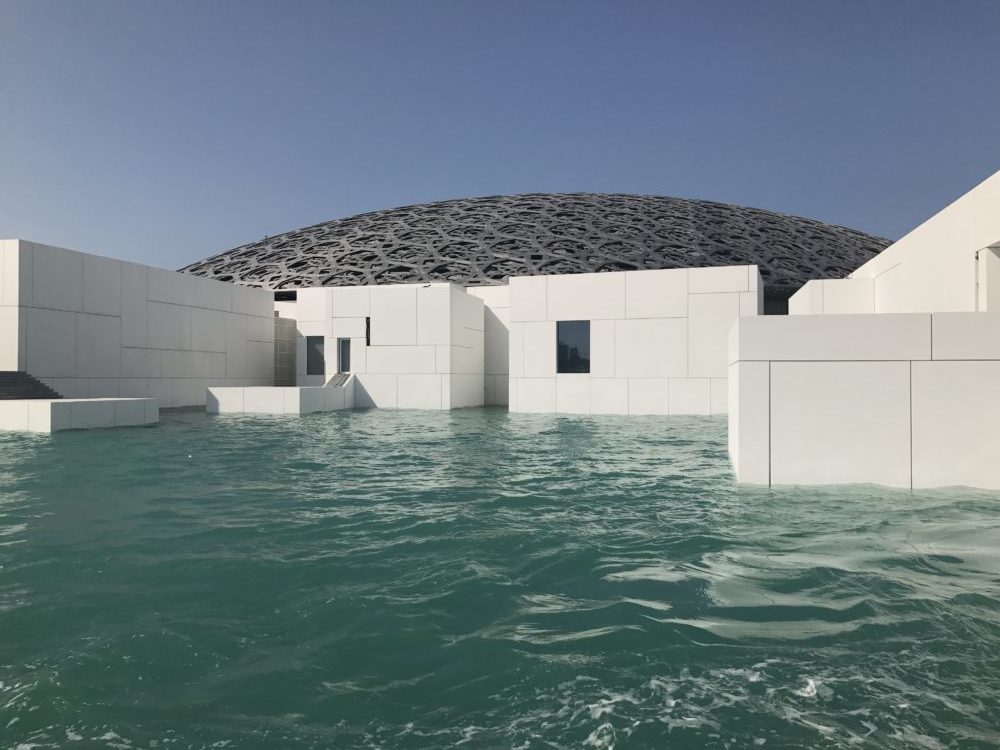 It may be in the desert, but it’s not *always* crazy hot.

I travelled to Abu Dhabi in January and regretted not having a jacket on me; a cool breeze had set in and even with the sun out it was barely above 20 degrees Celsius. January is the city’s coldest month, averaging 24 degrees Celsius as a high and 15 as a low. Certainly not cold by any standards, but a far cry from the 40+ degrees you’ll find in the region from May to September. So consider a Winter visit!

Travelling during Ramadan? The city takes on a new life!

Between May and June, the holy month of Ramadan changes the way the city operates. Many nightclubs will be closed during the period and live music or loud music won’t be played in bars or pubs. Alcohol is virtually non-existent during daylight, even if you’re at the lounge at the airport. In spite of the daylight fasting hours, food is easier to find, with many cafes and restaurants still operating for tourists; though it may often be discretely so call ahead. Hotels will continue to operate room service and a lot of fast food delivery continues. Most supermarkets will also stay open. After sunset, however, there may actually be more food options than there are the rest of the year thanks to Iftar, which is where the community gets together to break fast together just after sunset. The Marriott Al Forsan, for instance, set up a special outdoor area for Iftar – and then would operate all businesses as normal following Iftar.

Make sure to check with your hotel or your tour operator if you are travelling during Ramadan to see what services will be available.

The official visitor’s website for Abu Dhabi has more information about what to do in the capital of the United Arab Emirates.

The author travelled to Abu Dhabi at his own expense, staying as a guest of the Marriott Al Forsan. Images by the author except for the Ferrari World image, provided by the theme park’s official website.