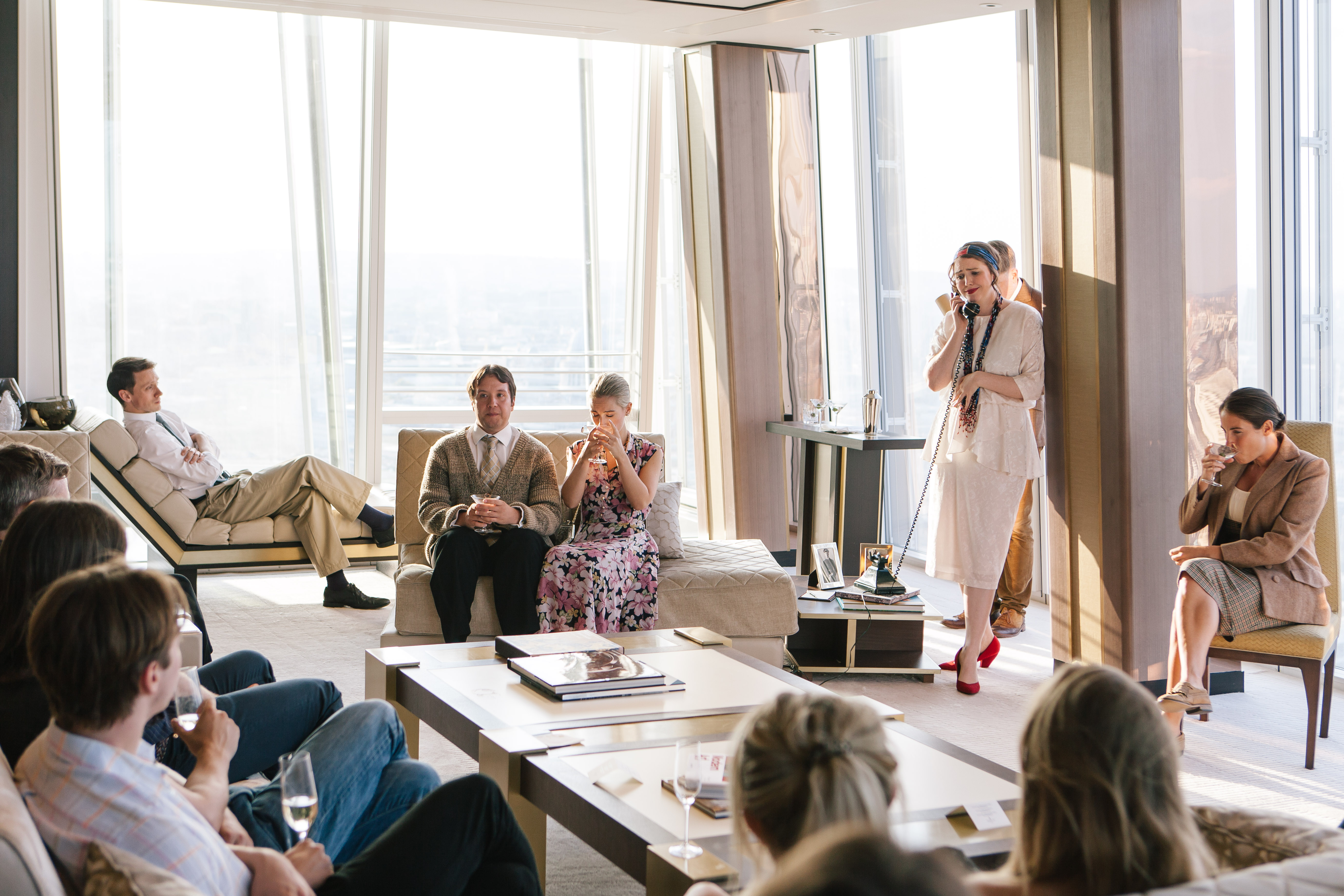 Private theatre service Revels In Hand is teaming up with Shangri-La Hotel, At The Shard, London to present four evenings of intimate, luxury theatre.

Revels In Hand, the brainchild of actors Melanie Fullbrook, Freddie Hutchins and Lucy Eaton, are passionate about reviving the lost leisure of theatre done intimately; something which was all the rage back in Shakespearean times. Audiences will find themselves seated less than a metre away from the action, in the highest luxury suites in London, when Revels In Hand performs across four nights of pure opulence. The first chance to experience this return to the aristocratic nature of the arts will be on Tuesday 9th October 2018, with a double-bill of Noël Coward’s theatrical comedies, Hands Across The Sea and Ways and Means.

In Hands Across The Sea, Lady Maureen Gilpin has just returned from a tour of the British territories. The play is a comedy of manners, with a friend of Lady Gilpin’s calling in for a visit, and Lady Gilpin not knowing who she is or where she met her! Whilst, Ways and Means, set on the French Riviera in the 1930’s, sees Stella and her husband Tony, a gambling man, come close to overstaying their welcome after finding themselves in serious debt (and seriously embarrassed).

Revels In Hands will also present John Van Druten’s Bell, Book and Candle, on Thursday the 8th of November. The play, which served as the precursor to Bewitched, focuses on a city-dwelling witch who will lose her powers if she falls in love. With her heart set on the man next door, the romantic comedy of Gillian Holroyd’s love life will delight audiences in the Shangri-La’s signature suites.

Another of Van Druten’s comedies, Voice of the Turtle, is so pleasing the troupe will be performing it twice, with shows on December 6th and January 31st 2019. Audiences should not miss this play, which tells the story of two struggling actresses named Sally and Olive in 1940’s London. Whilst Olive fills her life with beautiful men, Sally repeatedly falls in love with influential producers, that is until Sally finds herself bound to one of Olive’s dates for a whole weekend.

For those of you interested in seeing just a play only, tickets are £85 per person (including two glasses of champagne and delicious canapés) and are available HERE. Now, if you’re looking to stay the night and get the full Shangri-La experience, then tickets will set you back £685, and include breakfast, two tickets to a performance, WiFi, and use of the Sky Gym and Infinity Sky pool. Those tickets are available HERE.