Return to Tokyo: Feast your way through Nagano and Kanazawa after your winter ski vacation 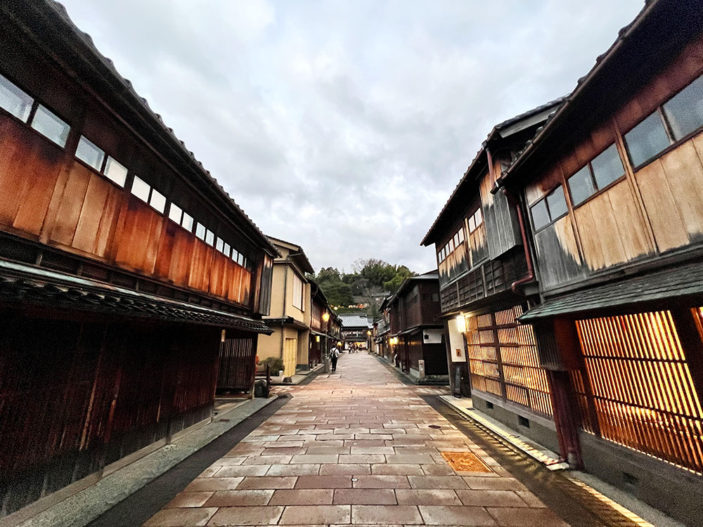 Tokyo is a mecca for all things delicious, yet if you venture further afield you will discover even more to tantalise your tastebuds. With Japan gradually reopening its borders (guided tours have been available since 10th June 2022), it’s time to get one’s winter holiday planning underway in time for unrestricted travel for Australian visitors.

For snow lovers, we all know we will be polishing our skis and snowboards in anticipation of gliding down the soft powdery snow Japan has to offer! It’s the perfect opportunity to extend that well deserved overseas trip we’ve been dreaming of since lockdowns ended to explore the culinary delights of the neighbouring regions of Nagano and Kanazawa.

LEARN HOW TO MAKE THE FAMOUS TOGAKUSHI SOBA 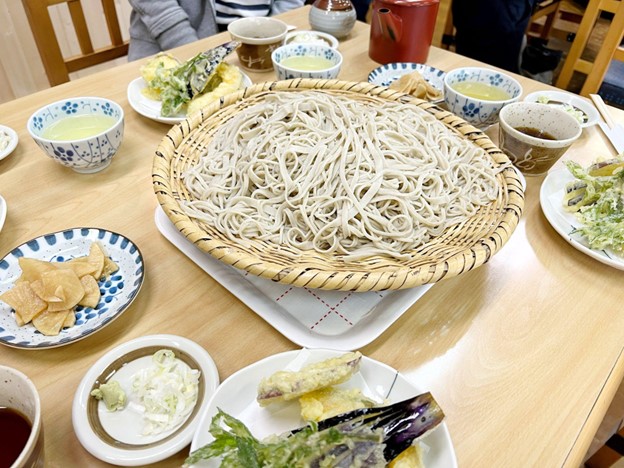 Roughly an hour’s drive away from the snow slopes of Hakuba (midway between Hakuba and Nagano City) lies Togakushi village; home to one of the “Three Great Soba Noodles” of Japan – Togakushi soba. The other two being Iwate’s Wanko soba and Shimane’s Izumo soba. Nagano prefecture’s natural landscape and moderate climate is conducive to cultivating high quality buckwheat; soba’s main ingredient. Togakushi soba is characterised by its darker hue and stronger taste due to using a type of buckwheat called “Hikigurumi” which includes the hull of the buckwheat in it’s making process.

In Togakushi village, there are several dining options to taste the specialty of Togakushi soba, however if you choose to stop by Tonkururin (Togakushi Soba Museum), one can also learn how to make Togakushi soba from a local soba master above the museum’s restaurant. After making your own soba from scratch, enjoy the soba deliciousness paired with ground daikon and fresh tempura mountain vegetables (cooked by Tonkururin’s chef) downstairs. 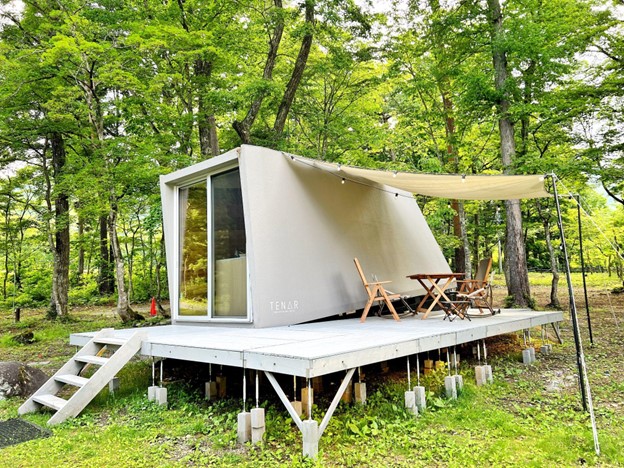 Togakushi Shrine is a famous, popular pilgrimage route of Nagano prefecture. Roughly a 4 hour hike one way (or 3.5hr bus journey) to visit all of its five shrines, the surrounding scenery is beautiful during autumn but especially magical during the snow season, as the area transforms into a mystical winter wonderland. The shrines are famous for their association with the legend of the sun-goddess Amaterasu, where she locked herself away in a cave depriving the world of sunlight, in present day Takachiho (Miyazaki Prefecture). Tricked by the other gods and goddesses to slightly open the door, the door was pushed open and flew away, falling to Earth and becoming Mt Togakushi. Togakushi translates into “hiding door”. 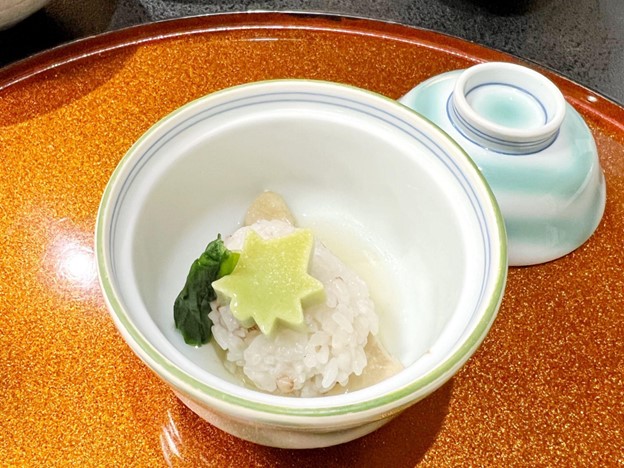 To enjoy a more leisurely time, especially after all that snowboarding and skiing; experience and stay overnight in a local Shukubo (temple stay) like Tsuji Ryokan. Surrounding the Chusha (middle) shrine is a small town where one can find many Shukubo accommodation, where traditionally the Buddhist monks will migrate down to in the colder months from the Okusha (upper) shrine. A Shukubo stay will offer breakfast and dinner and is a wonderful way to taste the local, seasonal food of the region, of which the avant-garde ryokan Kaiseki is drawn from. The most traditional Shukubo cuisine is the Shojin-Ryori, a Buddhist vegetarian/vegan meal. 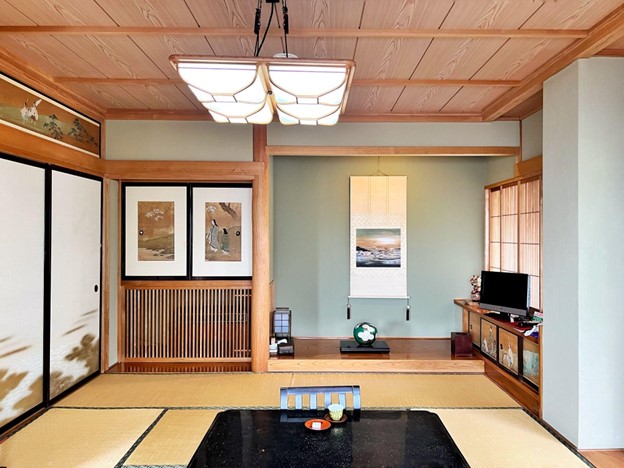 A quick Shinkansen ride away from Nagano City is Kanazawa City; a perfect location to discover a richness of Japan’s art, culture, history and modernity without the crazy crowds of Kyoto and Tokyo. Kanazawa is famed throughout Japan as the heart of traditional kogei (arts and culture) as well as a hub of modern, contemporary art exhibitions. 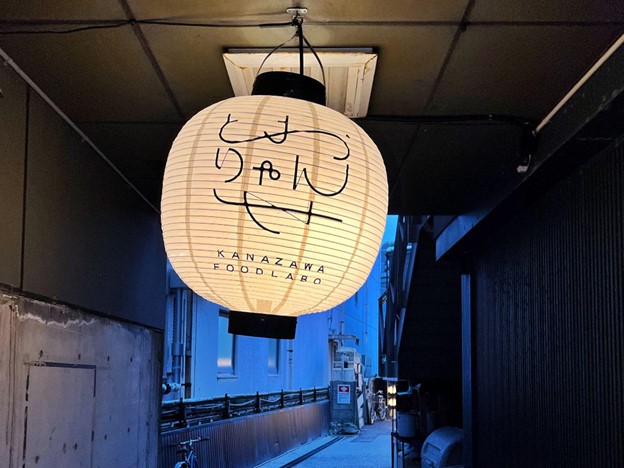 Kanazawa’s food and drink scene is filled with a plethora of different experiences and tastes; from upmarket boutique cocktail bars, bars run by young, upcoming entrepreneurs to hidden gems found behind tiny doors managed by veterans of Kanazawa’s nightlife. 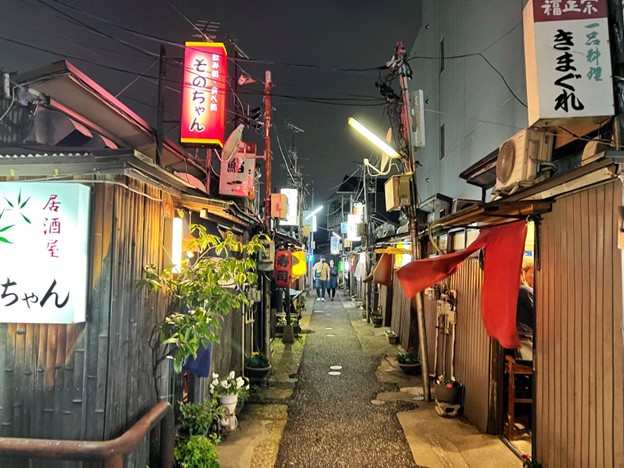 Enjoy a local’s night out by booking a bar hopping tour with the aptly named Kana of @kanaza.wow. Fun and bubbly with a welcoming smile on her face, Kana will suss out your drinking style, then take you to some of her favourite haunts which fit the bill. From boutique Kanazawa Foodlabo (an enterprise sponsored by the local government to give new, upcoming businesses a premise for 2 years) to a sake bar or her absolute late night favourite in the Katamachi drinking area; where her ‘Okaa-chan” will happily tell other customers to leave if she knows Kana is coming with friends to this tiny 7-seater bar. Don’t be surprised if you bump into multiple people who are friends with Kana along the way or if Kana chan’s boss from her 9-5 joins you for a quick drink in the wee hours of the morning! 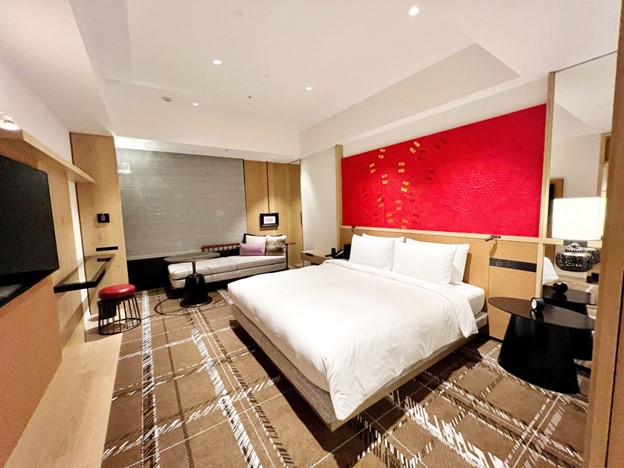 One of Kanazawa’s famed but lesser known produce, is the use of Koji (essentially a yeast made from the natural mould of rice crops when the ash of 100-300 year old oak, chestnut or camellia trees are thrown over it) in everyday cooking and life. Koji is used in the production of sake, mirin (rice vinegar), soy sauce, amazake and miso. As Koji is fermented, it’s a great source of probiotics and in Japan is said to also  promote beautiful skin & hair growth, relieve constipation and fatigue, aid weight loss and good sleep, increase concentration and much more. 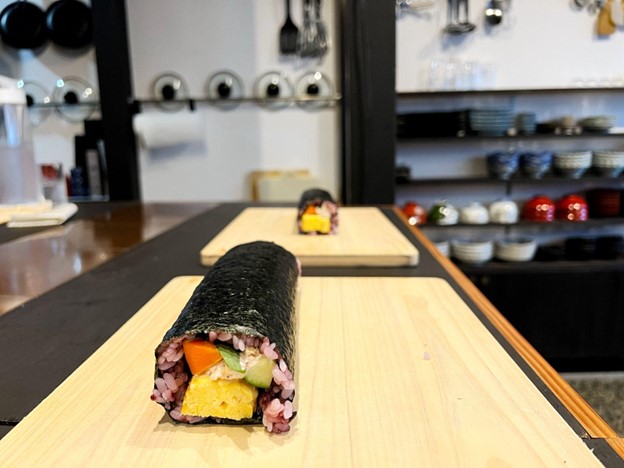 At Kanazawa Salon in a quiet back street not far from the famed Omicho Market, one can learn how to incorporate using Koji in making traditional Japanese food with Chikako-sensei and Moe-sensei. Both speak English fluently, with Chikako having lived in New Zealand for nearly 20 years and Moe being a student of hers in New Zealand for a time. There are several cooking courses available of which the meals can be made vegetarian or vegan. 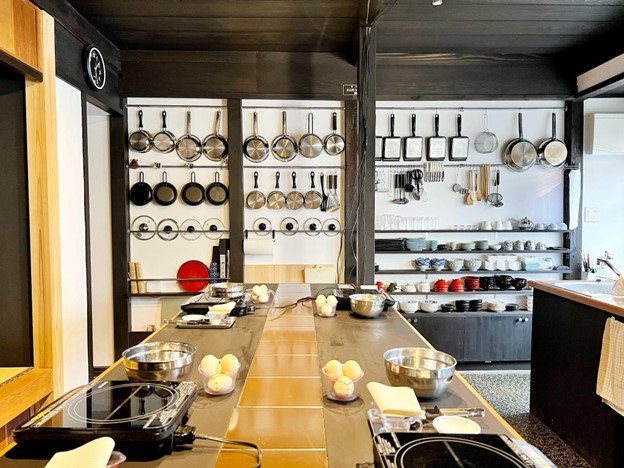 One enjoys the finished meals on their premises, along with a LOT of Chikako and Moe’s favourite local sake and beer and plenty of laughs! 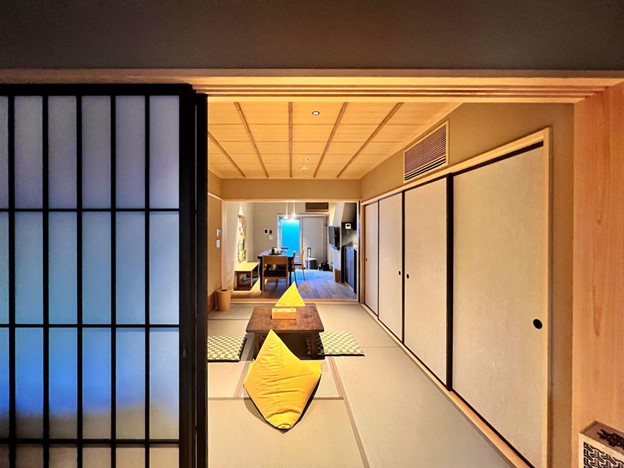 END THE TRIP WITH A FANCY MEAL OR TWO!

There are plenty of choices available in Kanazawa for a fancier meal to say “Sayonara!” to a fabulous winter vacation before heading back to Australia. 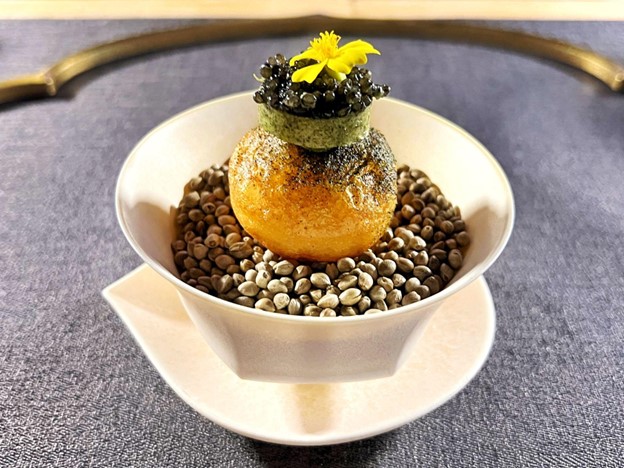 For those who enjoy the exquisiteness of modern fine – dining incorporating local produce with a wine (and water) pairing, look no further than A Restaurant, situated on the 2nd floor of an unassuming building. Walk up the steps to giant wooden doors, and enter the wide, tasteful premises where the first thing that will greet you is their bar stocked high to the ceiling and on the opposite side is their open kitchen where you can see the chefs create their magic. Opened in 2019, this restaurant is a testament to Kanazawa combining the best of its traditional techniques with the modernity of the present leading into the future. 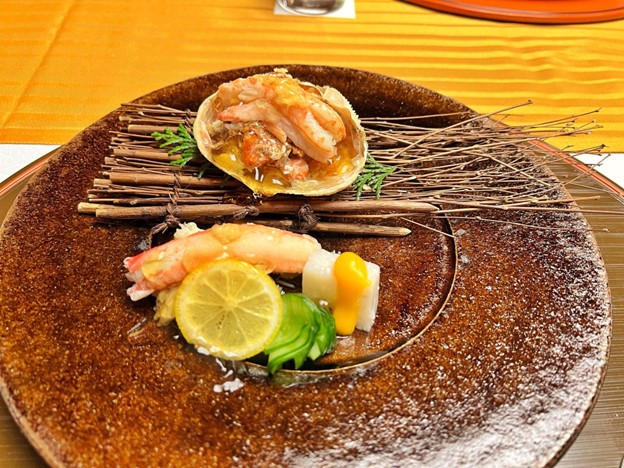 The majority of people when they visit Japan, believe they can only see a geisha in Kyoto, however Kanazawa’s geisha is equally acclaimed. Take the time to book Kinjohro, for a once in a lifetime experience. Kinjohro is a luxurious Kaiseki restaurant (which celebrates traditional Kaga cuisine) and ryokan helmed by the current Godaime (fifth generation family head) Hyoe Tsuchiya in a 130 year old building. In their premises alongside dinner, one can also enjoy drinking, music and games with the accomplished Kanazawa geiko (a term often used in West Japan for geisha that have become financially independent from their teahouses). 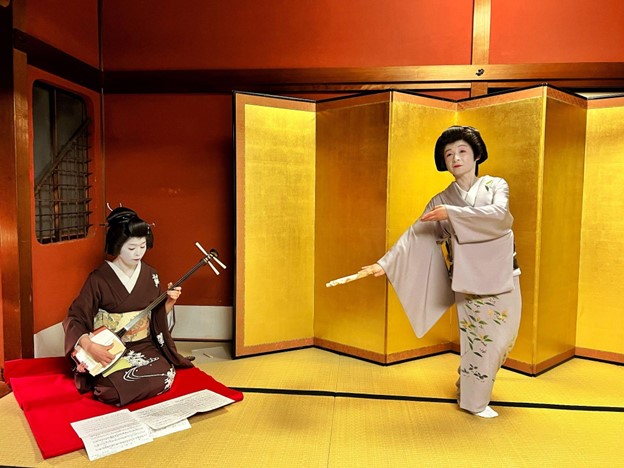 Truly, a magical and rare encounter to end the trip!

STAY: Korinkyo (a former distillery converted to luxury boutique accommodation in the heart of Kanazawa City) 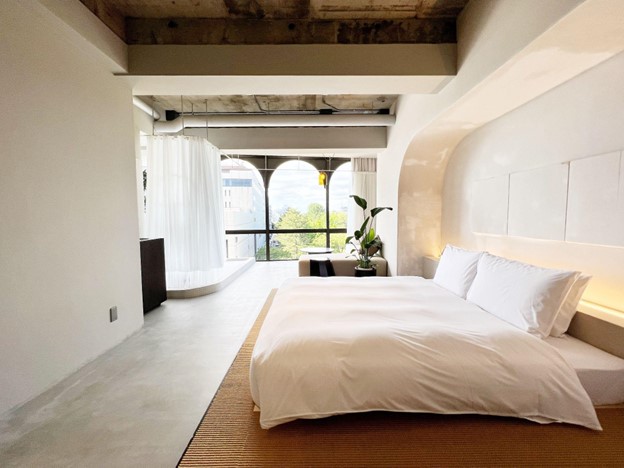 Lia is an Aussie based in Tokyo, Japan with a love of exploring the lesser known, and learning people’s life stories. She loves to seek out onsen ryokan with private onsen baths, discovering hidden sushi omakase gems or curled up in her Totoro bed with a good book. If not travelling in Japan or abroad, her days are spent in her studio, Tokyo Kaleidoscope, reconstructing vintage Japanese silk kimonos into bespoke pieces for herself and others.

Follow Lia as she explores more areas of Japan intimately, over on her IG @ryokanwanderings or have a read of her blog: <a href="http://ryokanwanderings.com" />Ryokan Wanderings</a> for even more stories and adventures.