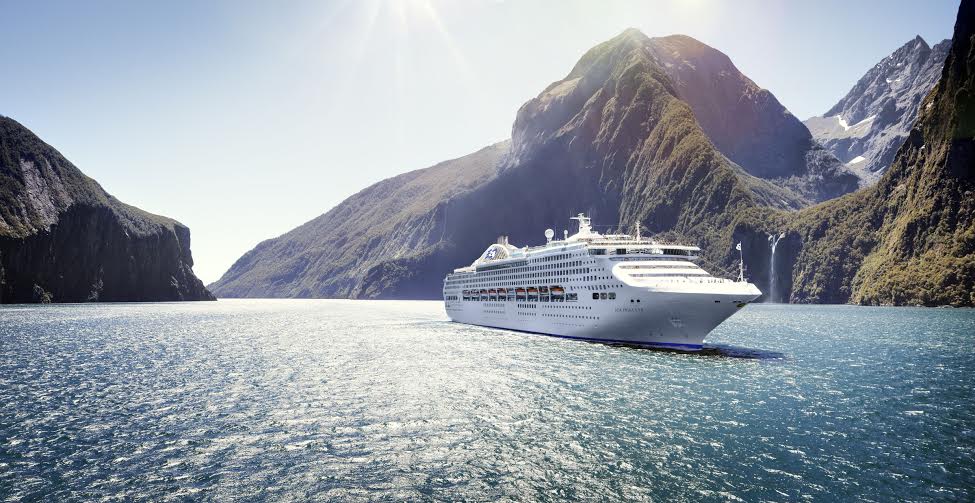 Two of the most well known cruise ships in Australia, Princess Cruises’ Sea Princess and Dawn Princess have gone through some massive refurbishments recently, introducing numerous new venues and features on board in an attempt to adapt to contemporary trends and demand. Furthering their commitment to appealing to a large range of passengers, both ships have re-imagined various offerings, including their new approach to the rapidly expanding love Australia has for the world of Whisky.

Firstly, Dawn Princess went through their re-work earlier this year in May, with the biggest talking point being their new Whisky bar concept, bringing in 63 different Whiskies from around the globe. The bar has been named Magnums and provides an ideal, sophisticated setting for passengers to explore a bespoke menu of drams with various Whiskies like Talkiser, Knob Hill, South Island Single Malt, and Hibiki.

Those heading to the bar can expect daily Whisky flights reflecting each region the ship visits, plus seasoned bartenders on-hand to help anyone willing to explore the diversity of Whisky a bit more in-depth during their cruise.

Upcoming cruises on Dawn Princess include a 13-night round trip to New Caledonia and Vanuatu, sailing from Sydney on January 16th, 2016 with prices starting at $1399 per person (twin share). This is an addition to year-round itineraries ranging from weekends to weeks.

The Sea Princess has gone through even bigger changes on board, introducing a number of new venues including a more intimate Whisky bar titled The Nook, a new sports bar with 14 varieties of beer, and new dining options.

The Nook was introduced in response to the success Dawn Princess had with Magnums, transforming the former Premier Cru Bar into a hub of more than 60 Whiskies from around the world, including barman’s recommendations and daily flights. It’s a nod to the popular small bar scene around Australia, making any languid day at sea that much more appealing.

The new sports bar, Legends Bar, on board Sea Princess will focus on weekly AFL and NRL matches to keep fans in-touch while they are traveling, screening across multiple LED screens alongside darts, a pool table, and foosball table spread throughout the space.

Dining will see additional options, including Amuleto Cafe/i>, which offers coffee, cakes, and pastries, a major rework to the Horizon Court dining area, a New Zealand Natural Ice Cream outlet on the top deck right beside the main pools, and a new offering of Australian BBQ from Poolside Grill. The existing Wheelhouse Bar & Pizzeria will also be re-imagined with new offerings.

Upcoming cruises aboard the Sea Princess include a 10-night roundtrip to Papua New Guinea from Brisbane, departing on November 24th, 2015, priced from $1399 per person (twin share).

For information on both cruise ships head to their official website at: http://www.princess.com/