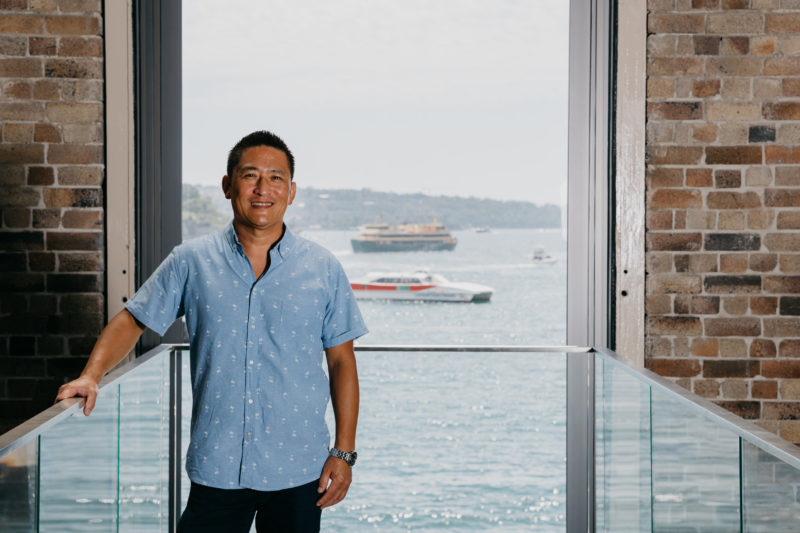 What is being described as an “exceptional and inimitable Japanese dining experience” is making its way to Sydney Harbour’s Campbell’s Stores, set to open later this year and set a new benchmark for the city. Titled Ura San, the ambitious restaurant is one of the first announced for The Rocks’ restored harbour-side precinct, an adaptive reuse project which will revitalise a heritage listed building dating back to 1839.

Ura San will be led by Executive Chef Nobuyuki Ura, who is perhaps best known around Sydney as the former head chef of Merivale’s hatted sushi e. He will be pushing a strong commitment to craftmanship and mastery as the kitchen offers a traditional omakase menu built with top produce. A dedicated team of sushi masters will also be operating from a twenty-person ash timber and black stone open sushi counter, blending traditional and modern techniques while guests are given panoramic views of Sydney Harbour.

“The Omakase experience is never the same, and the element of surprise involved makes the style of eating highly fulfilling for guests who get to share in an intimate sensory experience where they can enjoy the artistry and flavours of Japanese cuisine”, said Chef Ura. “We want people to be able to take their time and savour everything, from the food and the space, to their interactions with the chefs, so that they leave with a deeper appreciations of Japanese generosity and hospitality”.

With an equally delicate approach to cocktails and wine, Ura San will be a staggering space that runs over 5 bays and seats 217 guests. This number jumps up by another 60 guests when considering the separate lounge and bar, which will be pushed as a space for pre or post dinner drinks along with more relaxed meals and small bites. Luxury private dining rooms will also be available for exclusive events.

The restaurant’s owners, father and son Eddie and Bill Younes, will also be opening a second venue in the same precinct further into 2019.

Photo by Nikki To.