Party with the AU: Facebook Party at Sea ft. Nathanial and Reigan Derry – Royal Carribean's Voyager of the Seas 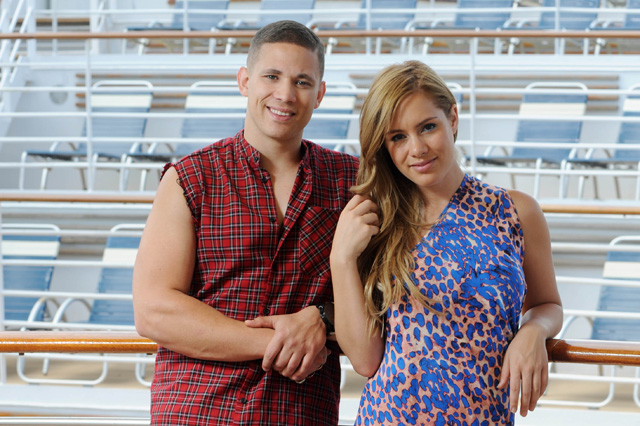 Last Monday, in an Australian first, a mix of media, travel industry and 100 Facebook competition winners got the chance to party on board Australia’s largest cruise ship – Royal Carribean’s Voyager of the Seas – in a Facebook Party at Sea.

The party marked the relaunch of the ship after a huge multi million dollar revitalisation. Soon on the AU we’ll be taking you through the ship, but to give you a bit of an idea of the amazing new features of the “superliner”, there’s a 3D cinema, three new specialty dining restaurants, an outdoor poolside movie screen and Australia’s first virtual balcony staterooms, showing real time views of the ship’s surroundings for those not lucky enough to be in a cabin with a balcony.

This accompanies the existing ice-skating rink, rock climbing wall, basketball court and “The Royal Promenade”, an indoor street with an Irish pub, bars and the “Dreamworks Parade Experience”. There’s even a Johnny Rocket’s (a well known burger diner chain in the US) and a Ben and Jerry’s on board, giving you plenty of American flavour. This is an American ship after all (and everything on board is in US prices). 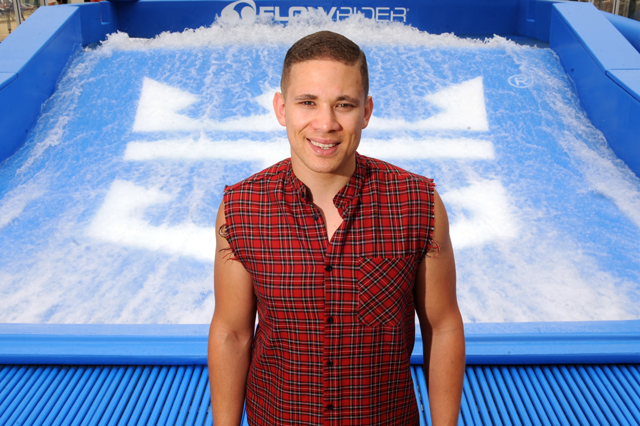 A big selling point for the ship though is Australia’s first surf rider at sea, the FlowRider, which the night’s star attraction, Nathanial, is pictured in front of above. We didn’t try it out ourselves, but there were a few brave enough to take a tumble while we were still docked in Circular Quay.

After a show in the ice skating rink, we made our way to the huge on board theatre for a special show featuring X Factor finalist Reigan Derry who blew crowds away with an incredible rendition of “Hallelujah”, among others. It would have been fair to call her the highlight of the whole night. Nathanial, meanwhile, was there to get the party started and he did so with ease, getting the crowd to sing along to a cover filled set of his own with an impressive backing band. Sitting out at sea is certainly a unique way to enjoy a concert and the experience really makes us hope this becomes a more frequent thing. 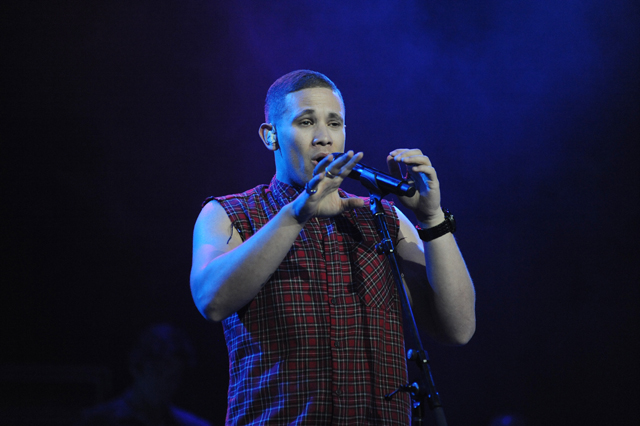 For some of the guests, the concert marked the end of their voyage, but for others, it was only the beginning, with a special overnight cruise giving us a chance to check out the rest of the ship and party into the wee hours of the morning, which included the aforementioned Dreamworks parade… at 11pm no less. The parade featured Dreamworks characters from movies series like Kung Fu Panda, Madagascar and Shrek, with a promise for everyone to “Move It”. Needless to say, the flowing mojitos helped ensure that the grown ups had plenty of fun during the 15 minute parade…

And the mojitos flowed well into the night as people ate, danced, played Guitar Hero in the arcade and danced some more. If only every Monday was quite this fun. Though I don’t recommend the Tuesday.

Stay tuned for more from on board the Royal Carribean’s Voyager of the Seas, as we take a tour of Australia’s largest cruise ship and spend a night on board… For more information about Royal Caribbean International or to make a booking, visit http://www.royalcaribbean.com.au/, call 1800 754 500 or visit your local travel agent.