Losing luggage can be devastating for travellers who’ve carefully planned their USA trip. Meticulously going through a to-do list of fool-proof luggage mishaps is now a must for anyone heading over to a country with so many interconnecting flights, but even the hardiest plans can’t completely protect against this travel nightmare.

Whether the airline has lost it, or you’ve completely misplaced something while travelling from A to B, you’ll often have to jump through hoops to reunite with your beloved property. But sometimes those hoops are too high, or they are too far apart, and people often never see their luggage again.

So, what happens to it? It likely ends up in Scottsboro, Alabama.

More specifically, it ends up at the Unclaimed Baggage Centre (UBC), approximately 165km from Birmingham where this small town boasts the only U.S store that buys and sells unclaimed luggage, and all of its orphaned goods. Suitably, it’s one of Alabama’s top tourist destinations, with around 1 million visitors per year.

Sure, that may make it seem like just an extremely large sale op-shop for bargain-hunters. But consider the kind of weird shit people try to fly around the country. Like a casual full suit of armour, some everyday mummified falcons, and even a live rattlesnake.

Thousands of bags are purchased by UBC each day, following an extensive 90-day search to attempt to reunite bag with owner. Upon arrival they are inspected and sorted, with the most common item, clothes – duh – cleaned in a super-sized dry-cleaning facility, and any electronics tested and promptly returned to factory settings. That makes for around 7,000 new items each day, with those of merchantable quality stocked in an enormous retail store that measures in at 40,000 square feet.

To determine price, UBC employs pricing experts who spend their time cross-referencing items on the internet for RRP. Each product is then put up for sale at up to 80% off its value. Items deemed unsellable are either re-purposed, disposed, or donated away to bodies like The Salvation Army and local charities (eg, eyeglasses or damaged wheelchairs that are then repaired).

Though, items too inappropriate, weird or just plain wonderful to put on sale find their way to UBC’s very own museum, which features a rotating display of some of the more interesting items found. And if you’re wondering, that full suit of armour was actually sold to a customer from California. 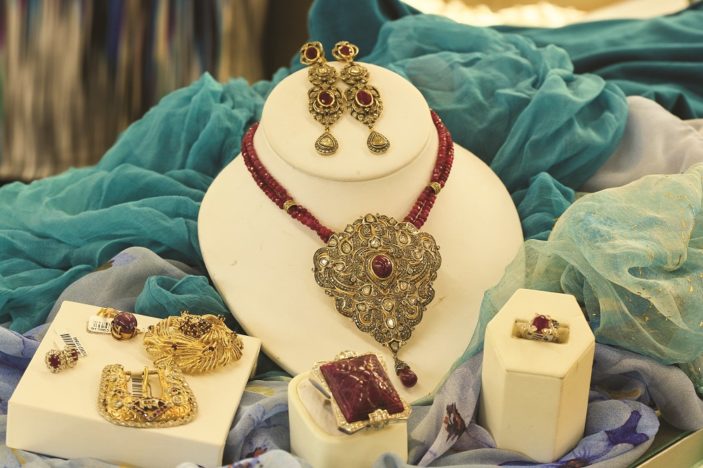 Every day at 2:30pm the store have an amusing tradition where they allow a customer to open one of the new arrival bags and reveal the contents. Let’s just hope it’s never a live rattlesnake.

It’s not only unclaimed airline baggage that’s purchased by UBC. The store casts a pretty wide net in order to get as many items as possible revolving through their sizable doors. This includes unclaimed luggage from bus lines and trains, articles left in airports or rental cars, and unclaimed air cargo and other cargo property. All of these are given similar buffer periods, with every effort made to return bags to their original owners for a long period of time.

If that has you clutching your bag tightly, don’t fret. Of the billion or so passenger bags that are checked in around the U.S every year, only around 0.5% are lost in the first place. And even then, 80-90% of those bags are found within the first 24 hours, which bumps up to almost 98% within five days. Over half of the remaining lost bags find their way back to the original owner thanks to the aforementioned 90-day baggage tracing process conducted by airlines. But hey, shit happens.

In addition to the full suit of armour, the UBC has seen some very interesting things fly through its doors. A Hoggle puppet from the movie Labyrinth; a 40.95 carat emerald, eventually sold to a collector; various ceremonial items, like tribal breastplates or a Tibetan “dung chen”; Chinese opium scales; vacuum-packed frogs; a $60,000 rolex; and an Egyptian burial mask.

Perhaps most interestingly, this once include an underwater training camera from NASA, and a missile guidance system for a fighter jet. Both were promptly return to NASA and the Air Force, respectively.

For more information on the Unclaimed Baggage Centre head to their official website HERE.