The Carriageworks Chef Series Masterclass returns again in 2019. The first person off of the rank is Duncan Welgemoed, the head chef and owner from the award-winning, Africola in Adelaide. Welgemoed’s techniques draw upon his rich cultural history including his chef dad, and Portuguese and Italian grandparents. We sat down with Duncan to learn more about Maghreb cuisine and his masterclass.

Can you start by briefly introducing yourself? How long have you been working as a chef?

I’m Duncan Welgemoed from Africola Adelaide and I’ve been cooking for about 15 years.

The Chef Series Masterclass promises to be a two hour demonstration by yourself showcasing the flavours of Maghreb. How would you describe Maghreb flavours to someone who has never sampled these before?

Maghreb cuisine the cooking of the Maghreb region, the north-westernmost part of Africa along the Med Sea. The region has a high degree of geographic, political, social, economic and cultural diversity which influences its cuisine culinary style from Arab to Italian.

What is your favourite Maghreb dish to cook? How about to eat?

I love cooking whole lamb on the spit (Mechoui) and I love eating pigeon pastillas.

At Africola you proudly buy “gold”. You then smoke and baste your foods in their own juices. Will there be any smoking or basting at the masterclass?

Of sorts, this class will be showcasing vegetables, seafood and some killer condiments to go with it.

What was the best piece of cooking advice you ever received? Could you share it with us?

Do small things well, is the most important bit of cooking advice I’ve ever received. 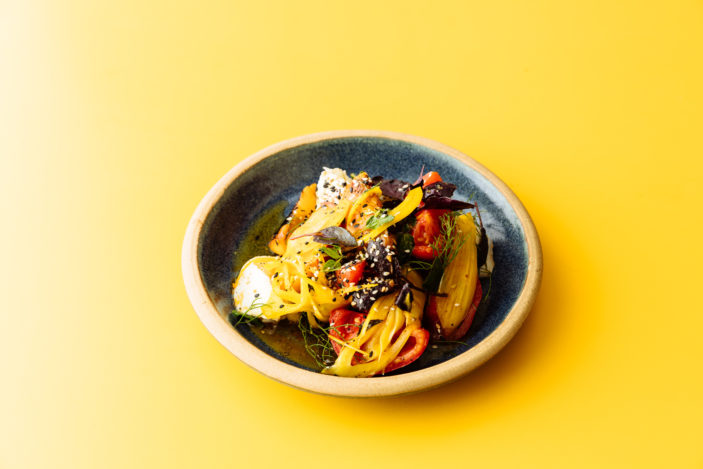 Is there anything in this world – that’s edible – that you would refuse to cook? If so, why?

After being adopted by the Yolngu, the name they gave me was “Baru” which means crocodile and with that, I could never eat nor cook with crocodile as a sign of respect to its spirit. I’ve avoided working with crocodile ever since.

In your opinion, what’s the biggest mistake people make in the kitchen? What can they do to fix this?

Wastage, buy what you need. Be responsible and be organised, we throw away at least half of the food we buy which in this current climate are unable to sustain.

What’s your opinion about all of the cooking programs on TV? Do you think this is a good or a bad thing?

I think cooking shows are great if it gets people excited about different cultures through food, talks about issues facing the environment and the food chain especially. I’m not really a fan of the corporate sponsored “fast food TV” that only encourage consumerism.

Is there anything else you’d like to tell readers of The AU Review about the Chef Series Masterclass, Africola or your other projects?

Africola is available for all birthday parties and Bar Mitzvahs.